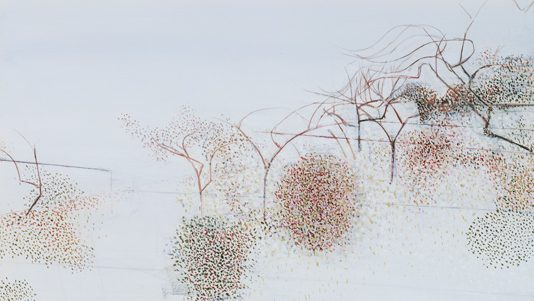 I know it’s pointless gently flagellating myself in public for failing to post more regularly. So I’ll save that for the privacy of my keyboard (as well as being both rueful and grateful for how busy I am), and offer up instead a group of links to articles and videos that have engaged me over the past fortnight or so. Many thanks to those who alerted me to a number of them.

• The Empty Screen: a compelling video essay by Mark Rappaport (below) which he introduces like this:

The screen is a neutral element in the film-going experience. Or is it? It projects dreams but is also the receptacle of our dreams. It’s the vehicle for delivering the image to an audience — but does it also watch the audience at the same time? Is it a complicitous membrane which audience members can penetrate and which interacts with the spectators, despite its seeming passivity? Maybe — to all of the above …

• Anybody but Griffith: an essential post by David Bordwell about the development of film language in the 1910s.

• Seeking for knowledge – Straub-Huillet’s History Lessons: Samuel Adelaar on the 1972 ‘unconventional biopic [that] is an education, a city tour, and an experience that tests our gaze.’

• In conversation with Laura Mulvey: a smart, strong interview with the influential film theorist by Another Gaze Journal.

• From the atelier to the big screen: Anna Jacobs talks with film historian Tom Gunning about co-curating the current Fashion in Film festival.

• The 1947 fuel crisis and the BBC: another terrific piece by Andrew Martin for the BBC Genome blog, about the weeks when because of ‘a national fuel shortage during the harsh winter of early 1947, the BBC Television Service and the Third Programme, precursor to Radio 3, closed down for several weeks to conserve electricity.’

• Taboo – Tom Hardy prowls pre-Dickensian London’s heart of darkness: Nick James at Sight & Sound makes a good case for the BBC serial – I just wish I could have been more enthusiastic about it.

• Newsreels and history: text of a talk given by the estimable Luke McKernan to a research event on newsreels at CIAC research centre, University of Algarve, Faro, Portugal. As he says, ‘In the original talk I ended with eight reasons for using newsreels to study history, but the number has now grown to ten.’

• There really was a liberal media bubble: Nate Silver with the ninth in a FiveThirtyEight‘s ‘The real story of 2016’.

• Trump’s ‘Me, Me’ media: terrific analysis by Ana Marie Cox for MTV News:

The president is not just a television viewer, but a creation of television. As a celebrity who interprets his world via the medium that shaped him, he inhabits a strange Truman Show milieu: He is both an observer and participant in a reality structured around his utterances. […] Trump is the leader of the free world, but all he seems to want to do with that power is live out the almost literally masturbatory adolescent fantasy of interacting with his favorite TV shows. He’s not the president — he’s cosplaying at it.

• The softening of Kellyanne Conway: a sympathetic piece about Tr•mp’s spin doctor by Anne Helen Petersen for Buzzfeed.

• Trump’s ‘dictator chic’: Peter York for Politico on the 10 defining ‘dictator chic’ rules – and how Tr*mp’s style choices fulfil pretty much every one.

• Donald Trump’s worst deal: exceptional journalism from The New Yorker‘s Adam Davidson, writing about a hotel in n Baku, the capital of Azerbaijan.

• The New Yorker’s chief fact-checker on how to get things right in the era of ‘post-truth’:  Shelley Hepworth for Columbia Journalism Review distils essential wisdom from a talk by Peter Canby.

• Breaking down the father on BBC being interrupted by his children: a detailed analysis by Ben Thompson.

• Do your homework: David Runciman on Theresa May for London Review of Books.

• Robin Greenwood writes on Victor Pasmore at Pallant House Gallery, Chichester: a very good response to the show of Pasmore’s paintings that has just opened (until 11 June) and which I am really looking forward to seeing – see above for a detail of a 1949 canvas; more details here.

• New York’s vast flop: Martin Filler for New York Review of Books on the failure of urban design in rebuilding lower Manhattan after 9/11.

• Cable cars are changing the world: do yourself a favour and read this not-quite-like-anything-else piece by Duncan Geere for How We Get to Next.

• Utopia in the time of Trump: for LA Review of Books, Gerry Canavan writes on Kim Stanley Robinson’s New York 2014, hailed as ‘the first major science fictional artifact of the Trump era’.

• Science fiction worth paying attention to: a short celebration of the genre by Ros Kaveney for the TLS. 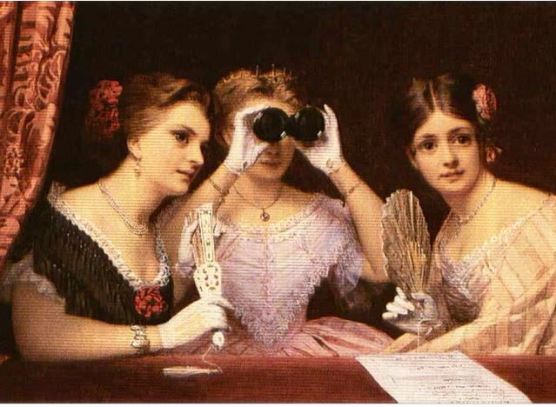 • Theatregoing: … and this is the second link to the writing of Luke McKernan, who here introduces his new online venture that brings together eyewitness accounts of going to see a show. Needless to say, Theatregoing is already an essential resource – and it features the above painting, which was unknown to me before and is by James Hayllar, At the Theatre, 1866.