‘The Frighteners’ forgotten no more 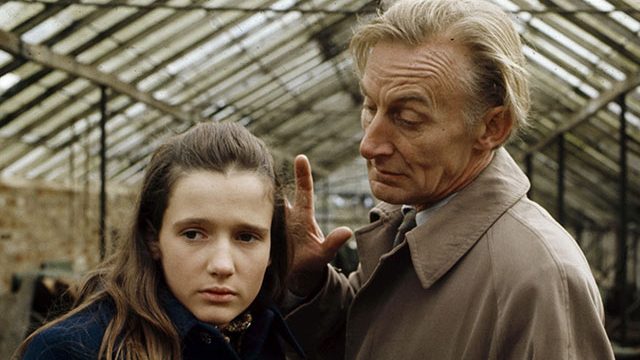 Today the wonderful people at Network release a DVD of 13 half-hour thrillers made by LWT in 1972 as the anthology strand The Frighteners. Their description is as follows:

My copy is on its way, and I’ll write again when I’ve taken a look, but irrespective of what I think of the series, the simple fact of the release is well worth celebrating. In part this is because the title is yet one more contribution to Network’s truly wonderful work in making accessible much of the extant drama in ITV’s archives. This is a public service of great value to all of us interested in television history – and the fact that it is being achieved in a commercial context is only one of its remarkable aspects.

The release of The Frighteners, however, is also notable because it is the first fruit of a collaboration between Network and the invaluable AHRC-funded research project, Forgotten Television Drama. Based at Royal Holloway College, University of London, this initiative has been exploring ‘why many television dramas made in the regions and nations of the UK between 1946 and 1982 have been ‘forgotten’ while others have been elevated to the canon of ‘classic’ British television dramas (where ‘British’ often means ‘English’).’ Forgotten Television Drama has organised conferences and seasons at BFI Southbank, stimulated articles, run an excellent blog – and now it is advising Network on titles to draw from the nether reaches of the ITV archive, as well as writing programme booklets and offering further context online.

In a recent post for Forgotten Television Drama, Billy Smart describes The Frighteners in this way:

The Frighteners is a particularly neglected and little-known British television drama, its 13 plays not quite fitting into the cult TV or horror niche that might have found them a later audience. The series’ terrifying title appears to promise nasty stories like Dead of Night (BBC 1972), or twists in the tale along the lines of Tales of the Unexpected (Anglia 1979-88). The Frighteners has similarities with these programmes, but its affinities are as close to Armchair Cinema (Thames 1974-75).

A 16mm film series, The Frighteners uses devices of horror and fear to tell stories rooted in the concerns of the (early 1970s) present day; mental illness, parental separation, surveillance, housing lists, the aftereffects of colonialism and National Service. Producer Paul Knight intended The Frighteners to have “a distinctive flavour. There are no well-worn horror themes. Instead we show ordinary people threatened by situations which have ceased to be normal and are now out of control. Ordinary people suddenly strained to breaking point.”

To further whet your appetite, Billy Smart has also uncovered and posted a contemporary review of one of the key titles in The Frighteners, an episode called The Manipulators, directed by Mike Hodges. This television film is pretty much contemporary with Hodges’ classic British gangster film, Get Carter, 1971, and if you know that stylish production then John Phillips review for Television Today on 3 August 1972 is all the more resonant:

No doubt about it, this was a quality production. Every single shot was well thought out, skillfully executed and meaningful to the whole. We never did find out whether the sinister pair staked out on a watching brief above a butcher’s shop were on our side or not but that was immaterial except as a debating exercise afterwards, because the magnificent shock climax at the end (incidentally surely one of the most realistic shootings ever) totally unexpected and superbly shattering made any further and possibly tedious explanations completely unnecessary.

I found the director’s totally explicit use of very big close-ups quite fascinating. A tape recorder deck on which we could sea the brown stain of the magnetic film on the head — a smear of animal blood on the pseudo meat porter’s hand — a typewriter carriage crashing into startling focus. All these and many more were memorable frames from a very classily directed thirty minutes.

[…]  Since Mr. Hodges wrote his screenplay and then directed it there was no middleman to consider and his visualisation was both unhindered and, let’s face it, unchallenged. In a word it was complete. The net result was an astonishingly good half hour of dramatic television.

Interesting to note that the whole production was shot on film. Videotape and editing can work wonders these days but this showed that the old steam flint still has a lot to offer.