‘Intelligent and deeply moving. Gregory Doran transports us exhilaratingly to a modern Africa’ The Sunday Times

‘This political drama is scorchingly reinvigorated in Gregory Doran’s staging with a superb ensemble. A resounding triumph and an outstanding contribution to the World Shakespeare Festival 2012’ Independent on Sunday

A fast-moving thriller about a struggle for democracy, William Shakespeare’s Julius Caesar is also a love story between two men united by an explosive act of political violence.

Based on the Royal Shakespeare Company’s acclaimed stage production, Gregory Doran’s film for BBC Television sets the action in post-independence Africa. With echoes of the recent overthrow of dictators during the ‘Arab Spring’, the production explores the implications of political assassination and the unpredictability of its aftermath.

Shot on location and also in the RSC’s theatre at Stratford-upon-Avon, Julius Caesar is a sumptuous film that features the original cast of a startling and arresting production. Actors include Paterson Joseph as Brutus, Jeffery Kissoon as Caesar, Cyril Nri as Cassius, and Ray Fearon as Mark Antony.

The DVD includes The Making of Julius Caesar documentary, featuring interviews with key cast and crew.

Be the first to review “Julius Caesar” Cancel reply 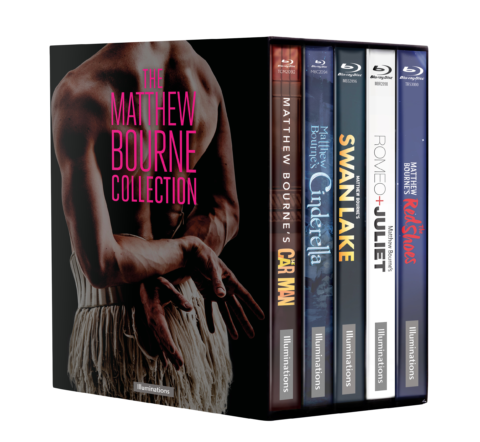 The Matthew Bourne Collection on Blu-ray