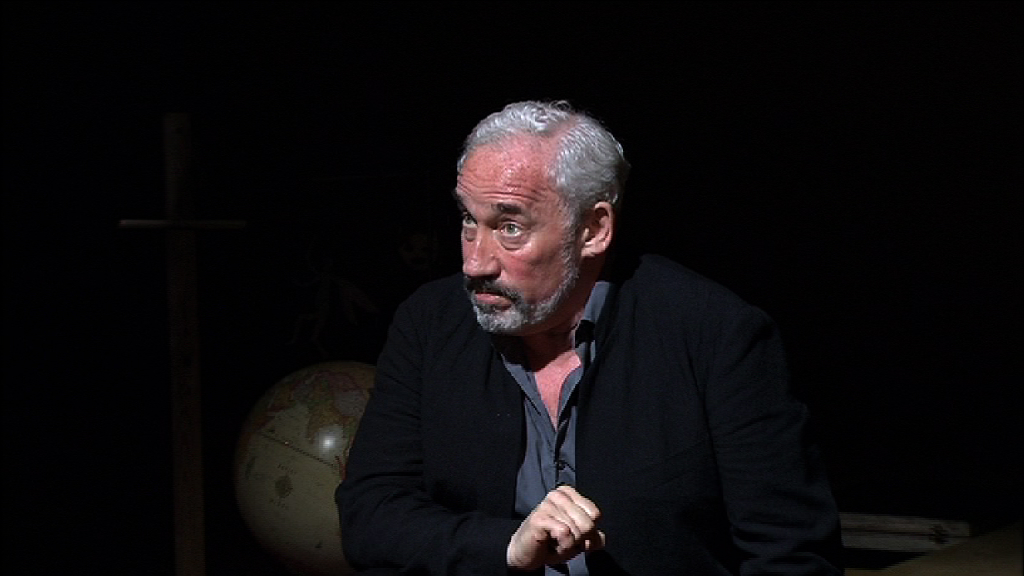 ‘Callow and Shakespeare: a brilliant combination’  – The Times No. 1 Critic’s Choice

‘A memorable multidimensional picture of Shakespeare, steeped in scholarship and love’
– The Guardian

‘Stuff Elizabethan dreams were made on.’ – Time Out

‘A copy of this DVD should be placed alongside the Gideon Bible in every hotel room within ten miles of Stratford Upon Avon … This is the perfect souvenir for those who have seen the play ‘live’, a ‘must have’ purchase for any theatre lover and the perfect introduction to England’s most famous writer for absolutely everybody.’ – Theatre Monkey

Featuring a tour de force performance from Simon Callow, Being Shakespeare is a one-man show about the life and work of the world’s greatest playwright.

Written by the renowned scholar Jonathan Bate, and taking its cue from Jacques’ famous ‘Seven Ages of Man’ speech in As You Like It, the drama traces Shakespeare’s life from his birth in Stratford-upon-Avon in 1564 to his burial there fifty-two years later. Weaving together this story with extracts from many of Shakespeare’s most famous plays, Simon Callow presents a vivid and very human portrait of the man and of the Elizabethan world in which he lived.

Recorded before an audience during the play’s triumphant London run, Being Shakespeare is both a wonderful introduction to the author and a richly nuanced, funny and fascinating study for those who already love his plays.

DVD extras include an exclusive interview with Simon Callow and performances of a personal selection of Shakespeare’s Sonnets.

PLEASE NOTE: This DVD is PAL Region 2 format which covers the UK, Europe and Australia only

Plays featured in Being Shakespeare:

Be the first to review “Being Shakespeare” Cancel reply