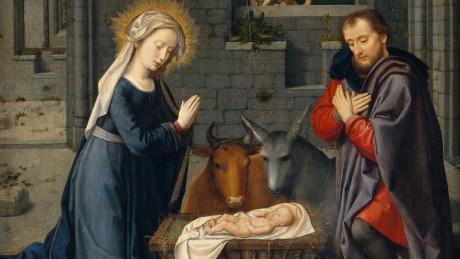 Some reading and viewing for a post-Turkey moment or two… Happy Christmas!

• Blue Christmas, by Michael Koresky and Casey Moore, from The Criterion Collection:

• The lives of Ronald Pinn: another truly wonderful essay from Andrew O’Hagan for London Review of Books.

• John Freeman – face to face with an enigma: astonishing to discover from recent obituaries that the legendary broadcaster was still alive; this is one of the best tributes, by Hugh Purcell for the New Statesman in 2013.

• The raid: that six-minute tracking shot in True Detective, by Chris Ryan at Grantland.

• The other wonder woman – Michelle MacLaren is the best director on TV: at Vulture, Matt Zoller Seitz.

• Notes on “Kim”: ‘There is no more divisive figure in American culture right now, right this moment, than Kim Kardashian’ – Rachel Syme for Matter.

• Theatre review of the year 2014: Dan Rebellato: ‘This has been a fantastic year. After a few years where I’ve felt a bit despondent about the quality of new theatre work, this year feels like a complete rebirth. Interestingly and – depending on your view – encouragingly, it’s an advance on all fronts at once.’

• A very 1947 Christmas: John Grindrod at Dirty Modern Scoundrel pulls five films from the Pathé archive to conjure up a sense of an austerity Christmas 67 years ago.

• Ordinary beauty – the photography of Edwin Smith: Owen Hatherley reviews one of the best exhibitions of the year for Icon.

• Another one bites the dust: Francis Hodgson on the threat to the Library of Birmingham photography collections.

• A scandalous makeover at Chartres: ‘Officials in charge at Chartres now are engaged in a pursuit as foolhardy as adding a head to the Winged Victory of Samothrace or arms to the Venus de Milo.’ Martin Filler, The New York Review of Books.

• How the Murdoch gang got away: also from NYRB, Geoffrey Wheatcroft reviews Nick Davies’ Hack Attack.

• pBooks, eBooks, & dBooks: why we are hooked on books and bookness: Tom Uglow is excellent on, well, books.

• What could Google do – for news?: Jeff Jarvis, from Whither News?

• How humanities will save the world: Paul A. Kottman for the LA Review of Books.

• ‘Happy holidays from the E Street Band’, recorded in London in 2007:

Image: Detail from The Nativity with Donors and Saints Jerome and Leonard by Gerard David, ca. 1510–15, The Jules Bache Collection, 1949; courtesy The Metropolitan Museum of Art.