Links to catch up, 1 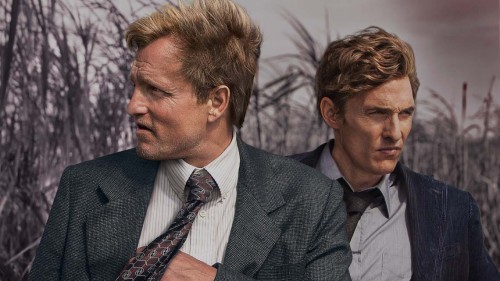 Nearly a month and not a single new post. Given the time of year, I might have expected things to have been quiet, leaving plenty of time for the blog. But not a bit of it. I have started work on the next two cinema broadcasts for the RSC’s Live from Stratford-upon-Avon. At Illuminations we have been busy developing new broadcast ideas and working on a project for the Science Museum. Distribution of our DVD box-set of An Age of Kings continues. And I have been writing two journal articles, a book review for Sight & Sound, preparing a Screen Plays season for BFI

, editing archive material for Tate Britain’s exhibition about Kenneth Clark in May, and teaching some classes at the Royal College of Art. Today, I’m taking part in a Q&A after a special encore screening at the Barbican of Richard II Live from Stratford-upon-Avon, which coincides with the end of the show’s stage run. So I’ve not been idle, just not contributing here – and not being very active with social media either. To start again, however, here is the first of two collections of links that have engaged me recently, with a concentration today on those related to television (including HBO’s True Detective, above) and cinema.

• Heavenly creatures: so how much are we looking forward to HBO’s new drama True Detective with Matthew McConaughey and Woody Harrelson? This Louisiana-set noir starts on Sky Atlantic on 22 February, and as prep let me recommend, first, Phil Maciak’s consideration of the series for Dear Television…

• The McConnaisance – an alternative reading: … and then Anne Helen Petersen’s complementary piece, also for Dear Television, in which she reflects on the fall and rise of Matthew McConaughey.

• Evolution of the dolly zoom: a terrific compilation by Vashi Nedomansky of those shots in which ‘convey the feeling of agoraphobia by zooming in with the lens while simultaneously dollying backwards the entire camera…or vice versa’, with an accompanying post here.

Evolution of the Dolly Zoom from Vashi Nedomansky on Vimeo.

• Understanding film narrative – the trailer: a punning title for David Bordwell’s essential musings on story-telling and the trailer for The Wolf of Wall Street…

• … and while we’re with this movie, here’s The Wolf of Wall Street (rather restrained) VFX reel:

• The rhapsodes – Agee, Farber, Tyler and us: the good thing about compiling these links lists only occasionally is that you get two terrific David Bordwell pieces to include, this second of which is about film criticism in the 1960s – and now.

• Art of the martial arts film: …and, hey, let’s go all out with Bordwell and include this hour-long lecture from Toronto International Film Festival, with background information here including a filmography and bibliography.

• A wave is forming in French cinema: Richard Brody for The New Yorker is very good on ‘something new in the air in French cinema’; one of the films he discusses, the ‘spectacularly inventive’ Rendez-Vous of Déjà Vu, directed by Antonin Peretjatko, is currently available online for just £2 in the My French Film Festival package from Curzon Home Cinema.

• Don’t worry about the end of film: … and this is a second Richard Brody piece – read, and discuss.

• Advertisements for himself: a brief J. Hoberman Artforum essay on Jean-Luc Godard’s trailers.

• Dancing to nowhere: Alexander Stille in The New York Review of Books on Paolo Sorrentino’s The Great Beauty.

• Falling out of love with American cinema: Jonathan Coe muses after being on the jury of a specifically European film festival.

• How Netflix reverse engineered Hollywood: a compelling essay for The Atlantic by Alexis C. Madrigal uncovering the way in which the online movie service tags its offerings.

• Gravity – from script to screen: and (nearly) finally, another behind-the-scenes look at one of the major films of 2013 (with a big plot spoiler towards the end):

• London in 1927 & 2013: one more video, which you’ve probably seen already, but this is Simon Smith’s very beautiful side-by-side comparison of Claude Friese-Greene’s vision of London 86 years ago with the same places today.