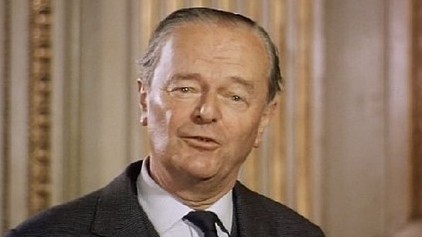 Tate Britain this week has opened the exhibition Kenneth Clark: Looking for Civilisation, which runs until 10 August. There is no sense that I can be impartial about the show, given that I contributed by curating the television extracts (which my Illuminations colleague Todd MacDonald compiled) and writing a catalogue essay about the television programmes that Clark made for ATV between 1958 and 1966. But let me say that I think it’s a completely fascinating – and beautiful – display about a profoundly influential figure in twentieth century culture.

I have long been interested in ‘K’ (as he was always known to his friends) and back in 1993 I directed a BBC documentary about his life and ideas. Twenty years on I have contributed to a new film about him, produced by Kate Misrahi and screening on BBC Two on 31 May (thoughts on that to follow). Here I want to draw together a range of resources about and responses to the exhibition, and over the coming days I will add to this as other pieces appear. I also intend to write further about the choice of extracts included in the exhibition and about the many remarkable art objects that the curators Chris Stephens and John-Paul Stonard have drawn together.

The May issue of the Burlington Magazine has a richly interesting editorial by Richard Shone which is an excellent place to begin:

In Britain, Clark and Ernst Gombrich are the two most celebrated names in twentieth-century art history. If Gombrich had by far the superior intellect and influential reach, Clark was the great purveyor of appreciation, the master of the illuminating dart, almost excessively readable in his suggestive synthesis of art and human motivation. He can perfectly balance sweep and detail. He has been easy to pillory for the more patrician and worldly aspects of his character; his hostility to contemporary art in the post-War period, frequently expressed in Civilisation, is now of little importance. He remains fresh and provocative, manicuring or even overturning received opinions and ideas in such a way that he makes readers feel more original and thoughtful than they might be. In this respect alone, he does not date.

Features:
• Kenneth Clark or arrogant snob or saviour of art?: penning probably the best piece of writing prompted by the show to date, James Hall writes for the Guardian.
• To the rescue of civilisation man: James Hall again, a little shorter and for Tate Etc.:

Above all, Clark was a brilliant weaver of words, the best since Ruskin and Walter Pater, whom he greatly admired. Today, when most art historians write like lawyers and accountants, his deeply pondered eloquence is needed more than ever.

• Kenneth Clark – a civilized man?: a thoughtful biographical essay by Rachel Cooke for The Observer.
• Why the BBC will never match Kenneth Clark’s Civilisation?: Martin Gayford writes for The Spectator.
• Civilisation – the passions and prejudices of Kenneth Clark: Ben Luke for the Evening Standard.
• Kenneth Clark – the last historian in pursuit of beauty: an article for The Conversation by Jonathan Conlin, author of the BFI TV Classics volume on Civilisation.
• Kenneth Clark and the Death of Painting: a scholarly piece by Martin Hammer from Tate Papers about Clark’s public spat in 1935 with Herbert Read about modern art.
• Affability: an oldie but goodie, from the 19 November 1981 issue of London Review of Books, Director of the National Gallery Nicholas Penny reviews Clark’s book Moments of Vision.
and…
• Kenneth Clark (2): a brief blog post from Charles Saumarez Smith, Chief Executive at the Royal Academy of Arts, in which he recalls eating ginger biscuits at the Barbican with K’s second wife, Nolwen. Kenneth Clark (1) is an equally brief – and rather less revealing – response to the exhibition.

When Clark talks about a building of the early Renaissance, he knows it inside out and tells you so (‘when I first came here twenty years ago …’) On screen, he may only speak about an artwork for a few minutes, but instinctively audiences know that behind his words lie a lifetime’s knowledge, a lifetime’s experience, a lifetime’s understanding. That, among other things, is exactly what this exhibition reveals.

[A]s patron, bureaucrat, collector, [Clark] scant long-term influence on contemporary art-making. This makes an exhibition an injudicious homage: above all Clark was a writer, who lives most vividly in art histories – The Nude, The Romantic Rebellion, Moments of Vision – unrivalled since Ruskin for lucidity, erudition, moral conviction.

[T]his is not just a waste of time – it is destructive. The curators do not seem true Clark fans. Their cold portrayal of him as a man in his time actually damages the vitality of Clark for our time. We need more than ever to be reminded of what is great about great art. Clark championed the serious without a shred of apology, with a sublime witty confidence. Yet this exhibition makes him look like a prehistoric old fart, an establishment bore.

Er… no – but then Jonathan Jones is never one to let a thoughtful response get in the way of a good bit of sh*t-stirring.

The exhibition suffers from a simple but fundamental problem: quality. Being a warts-and-all survey, there is a high volume of frankly poor work including some of the art that Clark had acquired for himself or the nation after having attributed them wrongly. But the exhibition also lacked a strong, continuous line of argument: we are presented with Clark’s career as collector, patron and populariser of culture – but none of these threads came to conclusions.

• Kenneth Clark: Looking for Civilisation at Tate Britain: a short review by Tabish Khan at The Londonist:

There’s no doubting Clark’s contribution to British art and there are some great works on display, but the nostalgic tone of this exhibition may struggle to engage younger viewers who have grown up with no knowledge of who Kenneth Clark is.

• He gave us Moore – and more: should you have a online subscription to the Sunday Times, you can read Waldemar Januszczak’s review – the rest of us must make do with the first para (if I can beg or steal a copy, I’ll post a little more):

Upon hearing that Tate Britain was devoting an exhibition to Kenneth Clark, two big questions sprang to mind. The first was: why? Clark was a museum director, an art writer, a government go-to man and a TV presenter. He was not an artist. What qualifies him for an artistic examination at Tate Britain? The second question leapt off the shoulders of the first. What was Tate Britain actually going to show us? Would we get Clark’s writings in vitrines? His TV programmes on monitors? To be honest, reader, the pulse did not race at the prospect. However, as soon as you walk in, all the doubts are challenged…

More to follow, but here is the man himself, from the end of Episode 13 of Civilisation – the Henry Moore sculpture that appears right at the end of the clip is displayed in the final room of the Tate Britain exhibition: