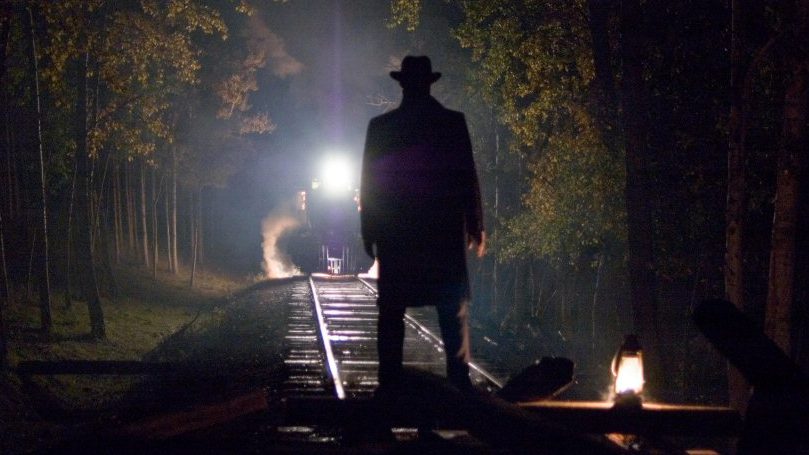 One of the many things that surprises me about the loose critical consensus about contemporary cinema is that Andrew Dominik’s 2007 film The Assassination of Jesse James by the Coward Robert Ford is not widely hailed as one of the masterpieces of the twenty-first century. Sumptuous, complex, richly involving, thrilling and graced by career-best performances from Brad Pitt and Casey Affleck, this is one truly great film. As can perhaps be glimpsed from the US trailer:

Critics at the time of its original release were rather ho-hum, but at least now it has the accolade of a Cinephilia & Beyond tribute, The Assassination of Jesse James by the Coward Robert Ford: Andrew Dominik’s visually stufeying exploration of one of America’s oldest myths. And as well as making available the full screenplay and re-publishing a fascinating 2007 interview with legendary cinematographer Roger Deakins, Cinephilia hymns the film in this way:

Shot mainly in Calgary, Edmonton and Winnipeg and lasting demanding 160 minutes, this “Victorian Western,” as Dominik called it, was shot by the legendary cinematographer Roger Deakins, nominated for the Academy Award no less than thirteen times. Shot in Super 35mm, the film pays special attention to its visuality and contains some of the most beautiful shots ever seen on the silver screen…

The Assassination of Jesse James by the Coward Robert Ford is a contemplative, slow-paced, superbly acted piece of contemporary filmmaking which has to be considered an important player in the 21st century revival of the Western genre, an artistically accomplished, technically brilliant exploration of one of the founding myths of American identity, and a movie whose stature is bound to rise in the decades to come.

As must surely be the case, especially when it contains scenes like the train robbery, the effect of which is discernible even in a much-reduced Youtube clip: