Stage to screen, the story continues 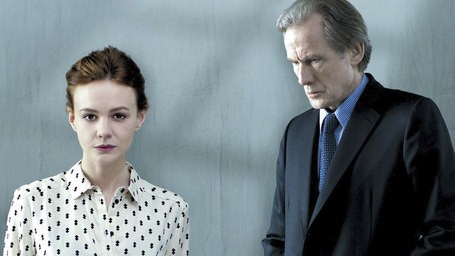 Discussions about adapting stage plays for the screen, whether broadcast live or recorded ‘as live’, have moved on apace over the past couple of months. There have also been a number of further cinema broadcasts, including a successful presentation by NT Live of David Hare’s Skylight, of which Encore screenings are continuing. Below are some recent readings about this question.

• Let’s stop pretending that theatre can’t be captured on screen: this Michael Billington Guardian piece (18 June 2014) is something of a game-changer:

I went this week to a preview of Digital Theatre‘s screen version of Richard Eyre’s Almeida production of Ibsen’s Ghosts: I can only say that it offered an experience comparable to that I had in the theatre… while I remain an evangelist for live theatre, I think it’s time we stopped pretending that it offers an unreproducible event. A theatre performance can now be disseminated worldwide with astonishing fidelity.

• NESTA research finds that National Theatre Live has no negative impact on regional theatre-going: outline from The Audience Agency on the research undertaken with NESTA; 25 June 2014.

• Research finds that National Theatre Live has no negative impact on regional theatre-going: this is NESTA’s press release; 24 June 2014…

• New work needs to be done before cinema broadcasts bring new audiences to opera: the focus is different, but this English Touring Opera research is also a valuable contribution to the debates; this is their 27 May 2014 blog piece…

• English Touring Opera – Opera in cinemas research: … and this is a download of the paper in full.

• Of Mice and Men to be National Theatre’s first live Broadway screening: meanwhile, NT Live is expanding its geographical reach to take in a New York show; this is the BBC’s 25 July news report. Screening dates for the ‘as live’ recording have still to be announced.

The next RSC Live from Stratford-upon-Avon cinema broadcast is Simon Godwin’s sparkling and totally delightful production of The Two Gentlemen of Verona on 3 September; details here.