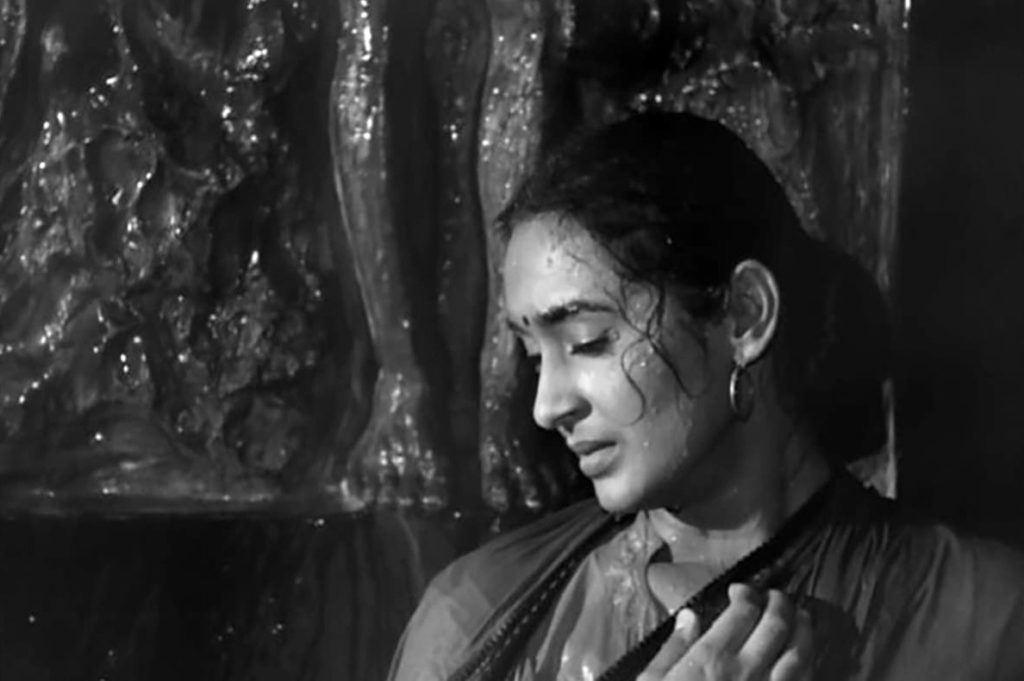 John Wyver writes: a curtailed list today as we’re still deep in the post-production for the RSC’s The Winter’s Tale which is broadcast next Sunday, 25 April, at 7pm on BBCFour; I’ll aim to add more later. As always, these are articles and occasional videos and threads that have engaged me over the past week.

• ‘What the hell can I call myself except British?’: for New York Review of Books, Gary Younge reviews, wonderfully, Steve McQueen’s quintet of films, Small Axe.

• A new India finds its voice in the films of Bimal Roy: for Criterion’s The Current, Devika Girish on one of the major directors of the golden age of Hindi cinema in the 1950s; header image: Roy’s Sujata (1959).

• What the papers say: fine, funny and fascinating research by John Hoare at [dirtyfeed] about what media studies folk might call the intertextual links for a famed Yes, Minister sketch (h/t here to Billy Smart).

• Analysis: What does a controller-less corporation look like? [£ but limited free access]: Max Goldbart for Broadcast on the BBC’s ‘radical overhaul to its commissioning structure – doing away with channel controllers and the “two-tick” system”; this is a hugely significant shift for the television service and yet this informed but short article is the only piece I’ve found on it.

• Getting the measure [£ but limited free access]: the wonderful Emma Smith for TLS on the completion of The Arden Shakespeare 3 and especially its final volume, Measure for Measure.

• Reanimating Cabaret, one frame at a time: I can’t quite make up my mind about this project by Doug Reside, curator of the Billy Rose Theater Division at the New York Public Library, who has sequenced a selection of 3,693 publicity images of Hal Prince’s original 1966 Broadway production, and other staging, so as to give them a kind of uncanny half-life – the results are defiantly odd and oddly compelling; the work is immaculately reported and presented by Jesse Green for The New York Times Magazine.

• The Khmer Rouge controversy – why colourising old photos is always a falsification of history: this is very good by Emily Mark-Fitzgerald for The Irish Times.

• The road to TERFdom – Mumsnet and the fostering of anti-trans radicalisation: an eye-opening analysis by Katie J.M. Baker for LUX.

• Gargantuanisation [£ but limited free access]: a simply terrific John Lanchester LRB essay about the global shipping trade, which made me think about a topic I’d never considered before.

• Napoleon’s canal: Luke McKernan enjoys the pleasures of a walk along the Thames and Medway canal.

• The Band Wagon – Minnelli’s musical is perfect curtain-raiser to theatre’s return: another of Chris Wiegand’s Guardian ‘The stage on screen’ appreciations, this time about the 1953 masterpiece that includes…