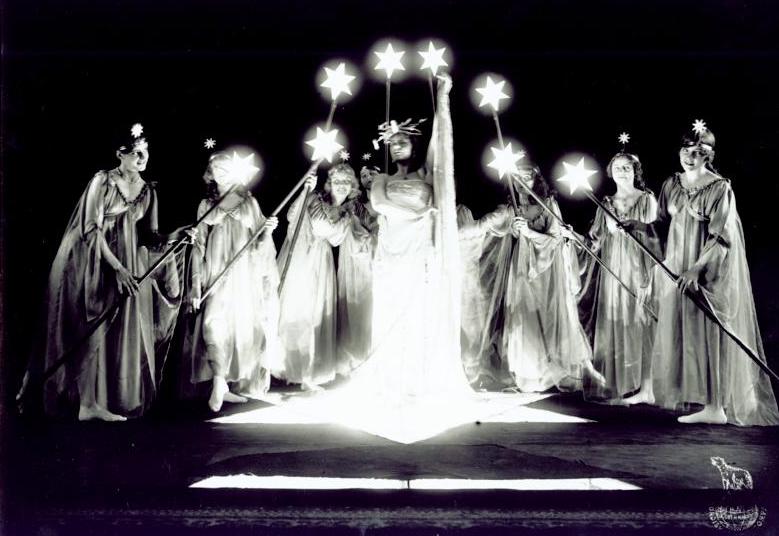 John Wyver writes: the past week has been professionally full-on, but a handful of interesting articles and videos still managed to catch my attention, and I’m happy to share them here…

• Making it monumental: at the truly glorious website of Danish Silent Film, David Bordwell explores the 1916 apocalyptic disaster movie The End of the World(above), directed by August Blom, which most wonderfully can be viewed here in full and with English intertitles.

• My mind’s all unsatisfied with it’ – a tribute to Monte Hellman: the maverick director Monte Hellman died this week, and Adrian Martin here updates a very fine 2012 tribute to the unique qualities of the director’s cinema – like Adrian, I saw Two-Lane Blacktop (1971) nearly fifty years ago and fragments of it have stayed with me ever since; and for Sight & Sound Brad Stevens offers an eloquent obituary, RIP Monte Hellman, patron saint of obsessional cinephiles.

• Two-Lane Blacktop: this isn’t the exact sequence that Adrian Martin highlights but it has many of the same remarkable qualities…

• Paul Schrader on making and watching movies in the age of Netflix: you’ll be glad to have read this conversation between the celebrated writer and director and Richard Brody, film critic for The New Yorker:

if you’re an artist, each time out you have a problem, a subject matter, and you need to create a style that really works. With episodic, you create a template, and then directors just follow that template. So if you’re doing The Crown, you’re doing a lot of soft focus, backlighting. They all look the same. And that’s a kind of a comfort, too, because every time you watch The Crown, you know exactly how it’s going to look. The challenge of independent film is creating something that feels new, and that is going [to be] less and less in favor.

• Scott Rudin, As Told by His Assistants. A portrait of a toxic workplace: this is really grim, from Vulture, but important. See also Volatile and vengeful: how Scott Rudin wielded power in show business by Michael Paulson and Cara Buckley for The New York Times. Both pieces were prompted by “Everyone just knows he’s an absolute monster” – Scott Rudin’s ex-staffers speak out on abusive behavior by Tatiana Siegel for The Hollywood Reporter.

• Abandoning the Baird system: I’m not sure when this was posted but I only found it last week – an exemplary ‘History of the BBC’ post by David Hendy about ‘how the BBC abandoned Baird’s system for the technically superior cathode-ray tube stretches across four crucial years in the early history of television’.

• In post-war Europe, museums dared to experiment with how they displayed art: Mark Pimlott for Apollo reviews what looks like a fascinating exhibition, ‘Art on Display 1949–1969’ at Het Nieuwe Instituut, Rotterdam; it is currently closed until at least 26 May but scheduled to run to 6 June.

• Dia 2.0. Facing the future: some of my most remarkable visual arts experiences have been courtesy of Dia, which is partly why I was so interested to read Randy Kennedy for The New York Times on ‘how to re-engineer Dia’s tightly-bounded ethos to keep it vital in an art world now moving steadily beyond the mostly white, mostly male, sometimes swaggering heart of its founding collection.’

• Apocalypse now: John Akomfrah’s The Unintended Beauty of Disaster: Adrian Searle for the Guardian on what looks to be an essential show at Lisson Gallery until 5 June.

• Olafur Eliasson floods museum and removes wall, opening it 24-hours-a-day to ‘insects, bats or birds’ and people: extraordinary images via The Art Newspaper and reporter José da Silva of a site-specific installation called Life at the Fondation Beyeler near Basel, Switzerland; there’s also a livestream from the show, and this is a Vernissage TV video…

• Thomas Heatherwick – ‘the city will be a new kind of space’: an admiring profile of the visionary designer by Tim Adams for Guardian.

• Stravinsky the shapeshifter: for New Statesman, Kate Molleson marks the fiftieth anniversary of the death of the composer.

• NFTs and AI are unsettling the very concept of history: the estimable Rick Prelinger has thought longer and harder about archival issues than most of us, and this important Wired article is wise and worrying:

Will archives be tempted by the potential upside of NFTs and tokenize digital representations of their crown jewels (or the rights to these assets)? This would worsen an already bad situation, where institutions like our Library of Congress hold physical copies of millions of films, TV programs, and recordings that can’t be touched because someone else holds the copyright. Ideally, archives and museums should own and control both the physical and digital states of its collections. That won’t happen if they have to sell or license NFTs in order to survive.

• The invention of whiteness – the long history of a dangerous idea: an important Guardian Long Read by Robert P Baird.

• What they wrote about the war: Robert Minto for LA Review of Books on essays begun within weeks of each other in the summer of 1914 by Thomas Mann and George Bernard Shaw.

• Dirty dollars: a very fine online presentation of a Michael Sallah investigation for the Pittsburgh Post-Gazette into accused money launderers who ‘left a path of bankrupt factories, unpaid taxes, shuttered buildings and hundreds of steelworkers out of jobs’.

• Making The Winter’s Tale for screen: as for the full-on week, and indeed month, here’s a glimpse of what I’ve been working on, with a couple of brief appearances in interview: