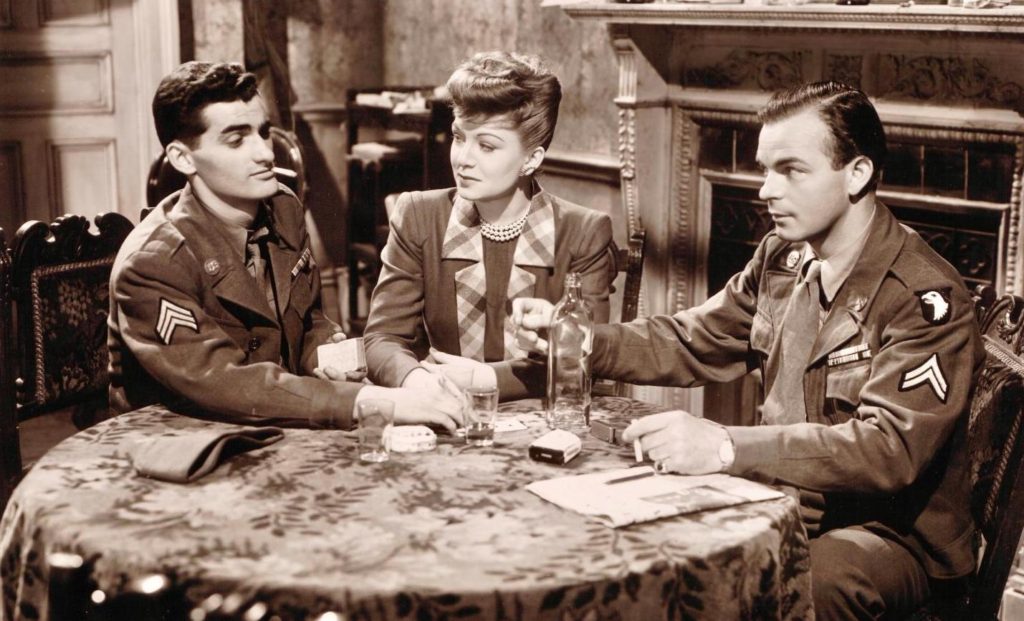 John Wyver writes: the last week has been taken up with completing Coventry Cathedral: Building for a New Britain, our 75-minute BBCFour documentary about which I will be writing here throughout the coming fortnight – so I’ve not had a lot of time for reading, but these were a (very) few of my favourite things…

• Muriel Box – the government files on the work of Britain’s pioneering female director: great research here from Josephine Botting and Sarah Castagnetti via the BFI about state interest in two films from the feature director Muriel Box: Good-Time Girl (1948, above with Bonar Colleano, Jean Kent and Hugh McDermott), which she co-wrote, and Street Corner (1953), which she co-wrote and directed.

• The disappearance of Kevin Jackson: a lovely short tribute by Matthew Sweet for Sight & Sound to the late critic and cultural polymath who died suddenly early this month.

• Dim the lights – the spell of watching films in the dark: Peter Conrad for the BFI: “In Paris in 1927 the surrealist Robert Desnos sang the praises of “les salles obscures”. Less alarmed than Gorky, more happily licentious, Desnos thought that cinemas were dormitories or perhaps opium dens, occult places where you settled down to nod off in the company of strangers, confidently expecting that the images on the screen would duplicate your dreams.”

• Five critics, one of them a killer: David Bordwell reflects productively on five recent film-related books.

• A beloved concert hall grows bold, as it turns 120: Roslyn Sulcas for The New York Times on the smart choices made by London’s Wigmore Hall, where András Schiff made this sublime Bach recording in October:

• John Craxton was a great artist – but his real talent was for living life to the full: for Apollo, Tom Fleming reviews John Craxton: A Life of Gifts by Ian Collins, which I am greatly looking forward to reading.

• The anxiety of influencers – educating the Tik Tok generation: this is a strange and ultimately dark report by Barrett Swanson for Harper’s about a Los Angeles house for social media influencers…

• LadBaby and the wild rise of the Facebook famous: … and this fascinating Wired piece by Amelia Tait is oddly complementary.

• UPDATED May 2021: My top Brexit commentators/ sources: an essential resource by Chris Grey, whose blog posts you need to read every Friday, including last week’s A normal week in crazy Brexit Britain.