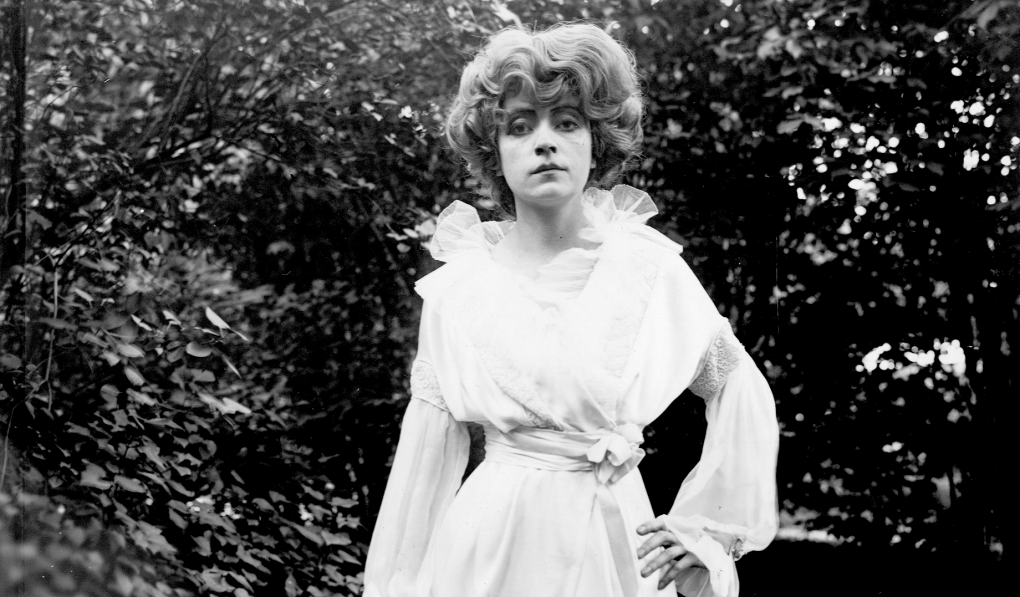 • Working girl – Márta Mészáros: Max Nelson profiles the Hungarian filmmaker for Film Comment; there is also a wonderful selection by Adrian Curry of posters for the films of the 90-year-old auteur at Mubi.com.

• The prelude of Mr Preview: how André Previn won over Morecambe & Wise: at Comedy Chronicles just before Christmas Graham McCann posted this glorious tale of the background to the classic 1971 sketch.

• Under the cover – Rosalind E. Krauss: a 19-minute Artforum video conversation between David Velasco and the influential art writer who talks about Jasper Johns and the subject of her next book, Roland Barthes.

• Building of the month – Kensal House, West London: the Twentieth-Century Society and writer Elizabeth Darling focus on the visionary flats designed by Elizabeth Denby and E. Maxwell Fry and completed in 1936.

• “RIBA upgrading Portland Place is an expensive solution to the wrong problem”: a bit niche perhaps, but there’s a great deal of sense in, and wider resonance from, Phineas Harper’s consideration for de zeen of the problems at the Royal Institute of British Architects.

• Is old music killing new music?: Ted Gioia for The Atlantic is revelatory about the reasons for new popular music being marginalised by the old and the dead.

• We still can’t see American slavery for what it was: a major New York Times essay by Jamelle Bouie about the ethical use of data and the political writing of history:

All of this is to say that with the history of slavery, the quantitative and the qualitative must inform each other. It is important to know the size and scale of the slave trade, of the way it was standardized and institutionalized, of the way it shaped the history of the entire Atlantic world. But as every historian I spoke to for this story emphasized, it is also vital that we have an intimate understanding of the people who were part of this story and specifically of the people who were forced into it.

• 1922 – The Birth of Now: BBC Radio is rightly celebrating the centenary of the purported birth of modernism with this engaging Matthew Sweet series, and with…

• Mrs Dalloway by Virginia Woolf: … a delightful new reading by Sian Thomas; and such are the riches of the BBC audio archive, you can also access a 2014 edition of In Our Time about the novel and a 2011 Night Waves discussion.

• Can science fiction wake us up to our climate reality?: a rich, personal profile by Joshua Rothman for The New Yorker of the great writer Kim Stanley Robinson; along the trail (Robinson and Rothman are hiking in the Sierras) there are nods to Gramsci, Jameson, Latour, Raymond Williams, Svetlana Alexievich and Gérard Genette, as well as a host of science fiction writers and environmentalists.

• How crypto became the new subprime: economist Paul Krugman, writing for The New York Times, with an important warning:

[C]rypto has been effectively marketed: It manages both to seem futuristic and to appeal to old-style goldbug fears that the government will inflate away your savings, and huge past gains have drawn in investors worried about missing out. So crypto has become a large asset class even though nobody can clearly explain what legitimate purpose it’s for. But now crypto has crashed. Maybe it will recover and soar to new heights, as it has in the past. For now, however, prices are way down. Who are the losers?

• The Digital Public Sphere: a cornucopia of important new thinking in this new ISP White Paper Series from Yale Law School in collaboration with the Knight Foundation: ‘The impact of online platforms and new technology on public discourse and the law are among the most pressing and consequential issues democracies face today.’

• Every Logan Roy “Fuck Off” in Succession season 1-3: definitely NSFW but both hilarious and cathartic – recommended for the moments when the political sh*tsh*w becomes just too much in the coming week.

• People have been adding the ‘F word’ into lines of literature – 19 instant classics: … and while we’re at it, here’s an engaging Twitter listicle from The Poke – I think the Jane Eyre one is my favourite, although Moby Dick runs it close.