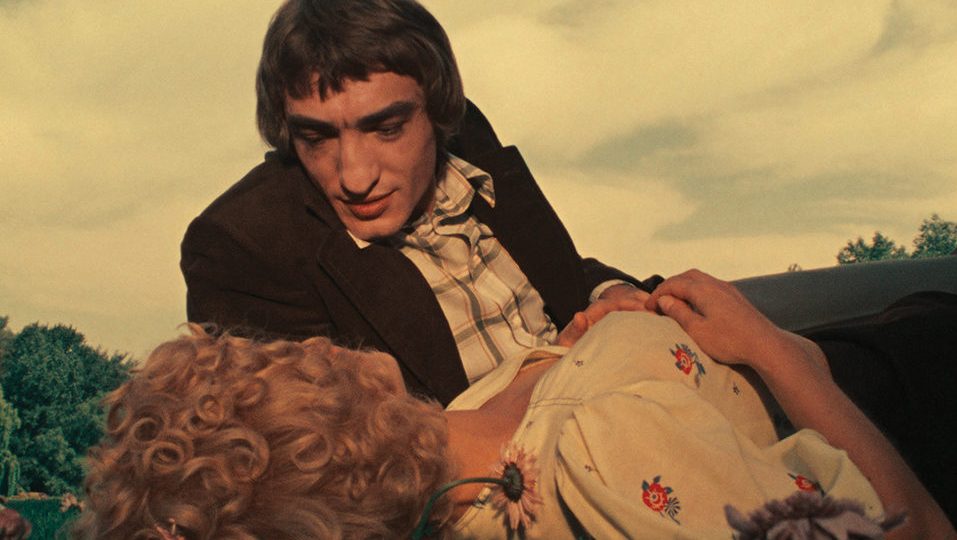 This week’s selection of links to articles and one video that have attracted my eye and ear, with my thanks to those who pointed me towards them. And just for a change, let’s ignore the idiocies of the public world and begin with some cinema links…

• Wayward ways and ways not taken: David Bordwell contributes a brilliant post after viewing nearly a hundred American features from 1914-1918 at the Library of Congress. As he writes, the experience ‘drove home to me how excitingly strange movies can sometimes be.’

• What is archiveology?: Catherine Russell for the International Association for Media and History is very good on the complexities of found footage filmmaking in the digital era.

• When TV logos were physical objects: who knew that a This is Colossal post about the Office de Radiodiffusion Télévision Française logo from the early 1960s could be so astonishing?

• The extraordinary, untold story of the world’s weirdest record label: Alex Marshall on the history of BBC Records & Tapes (as highlighted by Brian Eno in a Tweet this week).

• How Kenneth Clark transformed the National Gallery, with Nicholas Penny: one former Director of the gallery speaks about another, in this London Review of Books video:

• Do UK museums take photography seriously?: for Apollo, Fatema Ahmed reflects that ‘the UK’s photographic collections as a whole are in an unsettled state.’

• How to kill a great theatre – the tragedy of the Volksbühne: a richly provocative post by Holger Syme about Berlin and about the fundamentals of theatre.

• The dangers of reading in bed: Nika Mavrovy for The Atlantic on how the practice was considered immoral in the 18th-century.

• Arnold Bennett – poet of the potteries: a lovely 150th anniversary celebration of the author by Charlotte Higgins for the Guardian.

• A Soviet vision of the future – the legacy and influence of Tekhikia – Molodezhi magazine: ahead of a major Barbican exhibition about science fiction, Alyona Sokolnikova at It’s Nice That discusses the influential Soviet magazine that ran from 1930 to 1990; great pictures too.

• Discipline and parse – the politics of close reading: a thought-provoking and challenging (in more than one sense) Los Angeles Review of Books review by Bruce Robbins of Literary Criticism: A Concise Political History by Joseph North.

• Foucault investigates: Duncan Kelly for TLS on the collected works of the philosopher.

• That voice, those parties: remembering Jean Stein: what a wonderful life – the author, arts patron and people connector recalled in a New York Times oral history, collated by Guy Trebay and Jacob Bernstein.

• Roger and me: Gabriel Sherman for New York magazine on writing a biography of Roger Ailes, the ogre behind Fox News who died this week.

• Gerhard Steidl is making books an art form: an exceptional profile of the German printer and publisher by the brilliant Rebecca Mead for The New Yorker.

• Future reading: turns out that the future of the book may just be… the book – or maybe a revamped Kindle; a lovely, loving essay by Craig Mod for Aeon.

• How he used Facebook to win:… and because we can’t entirely turn our backs on Tr*mp, here’s a fascinatingly detailed piece by Sue Halpern for the New York Review of Books:

That the Republicans didn’t lose [the election] can be attributed in large measure to their expert manipulation of social media: Donald Trump is our first Facebook president. His team figured out how to use all the marketing tools of Facebook, as well as Google, the two biggest advertising platforms in the world, to successfully sell a candidate that the majority of Americans did not want.

• American Epic begins tonight, and if the trail below is anything to go by is going to be a treat – see also ‘Rebuilding – and recording with – the 1920s technology that changed American music forever’, by Charlie Locke for Wired.