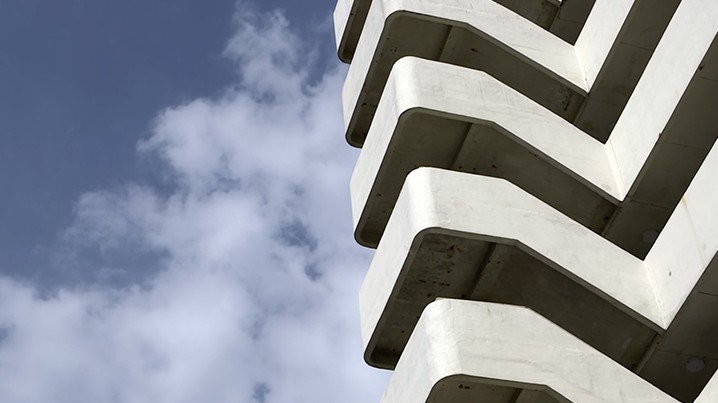 A somewhat truncated list from my post-Shakespeare Live! holiday… normal service to be resumed next week.

• Lonely rangers – the dark side of westerns: Michael Newton for the Guardian on an excellent BFI Southbank season, Ride Lonesome: the Psychological Western.

• Anna Karina recalls her life in film with Jean-Luc Godard: an interview with Glenn Kenny for The New York Times; and because you can never see this clip too many times, here is Anna Karina in Une Femme est Une Femme, 1961:

• Transforming the aerial shot – drones and the omcopter: one tool for cinematography in the future, by Anthony Watkins for Cinemablography.

• How The Good Wife transformed TV: Brian Moyland for the Guardian on the series that comes to an end this weekend in the States.

• Unreal – season 2 teaser: after The Good Wife Unreal is maybe the most perfect US drama of our times, and here’s the first glimpse of the second series.

• The struggle for the soul of Milton Keynes: a terrific Guardian Longreads essay by Patrick Barkham.

• The legacy of Wells Coates: a really lovely film (featured in the still above) by Baker and Alex Simpson about the modernist architect and designer Well Coates and his buildings, The Isokon in Hampstead, London and the Embassy Courts in Brighton.

The Legacy of Wells Coates from Alex Simpson Film on Vimeo.

• Don DeLillo – ‘I think of myself as the kid from the Bronx’: Xan Brooks at the Guardian speaks with the novelist about his new book Zero K and more.

• Disaster in B major: this is one terrific read, written by Anne Kingston for Maclean’s, about art, sex and Canada; something of its many joys is suggested by the sub-heading online: ‘The french-fry heiress, the culture czar, and the divorce that exposed scandal at the top of the Canadian arts world’.

• How Kerry Washington became a publicity magician: at Buzzfeed, Anne Helen Petersen as good as ever on ‘one of the most private celebrities in Hollywood’.

• Trump’s long game: be afraid, be very afraid – another analysis that you really do need to read, from Elizabeth Drew for New York Review of Books.

• The feed is dying: Casey Johnston for New York magazine on chronology and curation in social media.

• Platforms are eating journalism, now what? – A conversation with Emily Bell: one of the best pundits on the press talks with Caterina Visco at Shorthand Social.