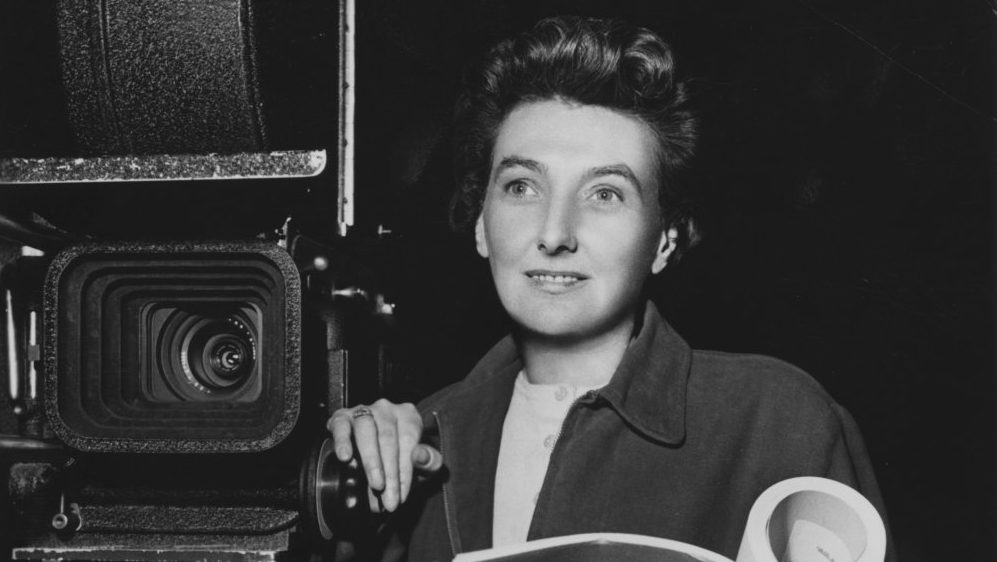 Links to articles that attracted my attention in the three weeks (apologies!) since the last of these columns, plus the occasional video. There are some especially strong film-related articles this week. Many thanks to those who recommended many of these pieces to me on Twitter and elsewhere.

• They Shall Not Grow Old (Peter Jackson, 2018) and the elephant in the room: Lawrence Napper is excellent on the controversial re-working of First World War archive footage:

Such is the publicity hype around the film, and so sacred is the cow of the Great War in its centenary moment that nobody seems to have noticed how horribly distorted and ludicrous Jackson’s tarted-up images look.

… and it’s also well worth reading…

• Film of the week – They Shall Not Grow Old: …Jonathan Romney for Film Comment:

… on one level a sincere memorial in images and sound. On another, like all [Jackson’s] work, it is first and foremost a special effects movie.

• Muriel Box – Britain’s most prolific female director you’ve never heard of: Phil Hoad for the Guardian celebrates the career of slowly-being-rediscovered director (above)…

• The delights of Muriel Box: … and Neil Young has contributed an even richer profile for Sight&Sound.

• Muriel Box at the San Sebastian International Film Festival: this is the retrospective programme that prompted the two articles above…

• Happy Family, 1952,on BFIPlayer: …and (in the UK at least) here you can find Muriel Box’s debut feature, set during preparations for the Festival of Britain.

• Digitising The Bioscope: Luke McKernan from The British Library with the background on the newly available years (1926-1932) of the key trade magazine, which he suggests ‘should give a fresh boost to early film studies (and very early television studies, by the way)’; indeed it will, Luke – and it’s excellent news that the rest of the run of The Bioscope should be online by Christmas this year.

• Branding Bergman – part one: “Bad Girls” and “Naked Nights”: a completely fascinating (and wonderfully illustrated feature from Toronto International Film Festival about how Ingmar B. was sold to North American audiences; Branding Bergman — part two: The Janus Years and beyond, about the relationship of the filmmaker with arthouse distributor Janus, is just as good.

• Alexander Kluge in context: for LA Review of Books, ‘Celluloid Liberation Front’ review Philipp Ekardt’s Towards Fewer Images, a new study of the German filmmaker’s radical practice; and here’s an early film made in 1961 by Kluge and Peter Schamoni, Brutality in Stone, about Nazi architecture.

• The untold story of lost star River Phoenix – 25 years after his death: an exceptional feature by Hadley Freeman for the Guardian.

• Review: There’s a dark, golden haze in this reclaimed Oklahoma!: an innovative New York Times theatre review of a production of the musical at St Ann’s Warehouse in the form (the review, that is) of a dialogue between Jesse Green and Ben Brantley.

• The Wild Duck is a lie: Helen Lewis for The New Statesman is predictably good on Robert Icke’s new Ibsen production at the Almeida.

• What next for photography in the age of Instagram?: a really good, wide ranging essay by Sean O’Hagan for the Guardian.

• These photos capture the invisible workers of the internet: Thomas McMullan for Wired on the new show at The Photographers’ Gallery, ‘All I Know is What’s on the Internet’.

• The myth of whiteness in classical sculpture: Margaret Talbot for The New Yorker on an ‘obscure academic debate about ancient sculpture has taken on an unexpected moral and political urgency.’

• A new museum opens old wounds in Germany: fascinating report for The New York Times by Graham Bowley about the troubles of the new Humboldt Forum museum in Berlin, and the role in the ongoing debates of former British Museum director Neil MacGregor.

• Editing Arthur Machen: a contribution to the OUP blog by Aaron Worth, Associate Professor of Rhetoric at Boston University, about the challenges of putting together a collection of a writer who has long fascinated me.

• A premature attempt at the 21st century canon: for Vulture a panel of critics attempt to map the literature of the first 18 years – the US bias is obvious and there’s lots here to disagree with (wot – no Underground Railroad!) but even more to discover.

• History for a post-fact America: on history, truth, facts and stories, and on These Truths: A History of the United States by Jill Lepore, contributed by Alex Carp to The New York Review of Books:

These Truths comes at a time when many readers will have a nagging sense of living through a historical moment themselves, whatever that means (the details somehow “organic to the period” yet stilllost to us). It also arrives as the raw materials of history seem to be losing their hold. “The era of the fact,” Lepore wrote in The New Yorker two years ago, “is coming to an end.” This is, on one level, an explanation of our current political moment, when facts are more omnipresent yet less enduring than at any time in living memory, and never seem to resolve a debate for long. Lepore sees this as more than a trend and, for deeper historical reasons, as more or less irreversible.

• How a legendary club rode the ups and down of the Jersey Shore’s most rocking town – an oral history of The Stone Pony: this interactive feature written by Nick Corasaniti for The New York Times is so, SO good, beautifully and brilliantly presented, with contributions from Bruce Springsteen, Stevie Van Zandt and many more, as well as amazing archive material.

• Climate Liars: a super-smart short film by Adam Crockett made by screen printing onto ice.