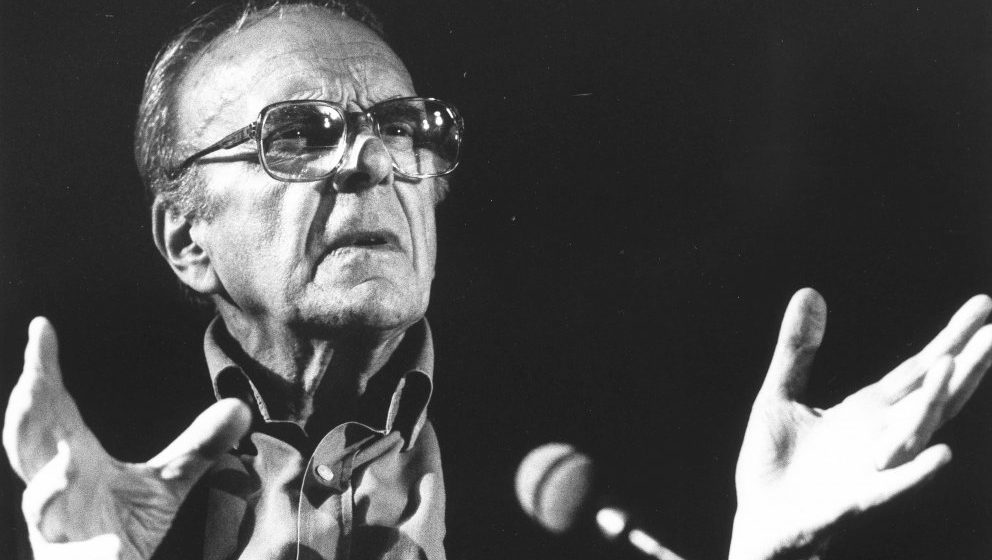 Back from a week’s walking in Italy, I am happy to propose today’s links to stuff that I have found interesting and useful over the past week; I’ll contribute some additional ones later today.

• Remembering John Krish, 1923-2016: touching tributes from three BFI staffers to a singular filmmaker (above in a 2003 photograph by Peter Everard Smith) who has died, plus some great clips.

• The psychological western: Graham Fuller at Sight & Sound on the post-war Hollywood western…

• A speck in the cosmos – the inner frontiers of Raoul Walsh’s Pursued: … and a new BFI video essay by Tag Gallagher (which frustratingly can’t be embedded).

• Welles at 101, Kane at 75 or thereabouts: David Bordwell offers a birthday post as ‘a consideration of that movie from an unusual angle looking not just at its originality but also at its shrewd consolidation of a variety of techniques.’

• In a Lonely Place – an epitaph for love: Imogen Sarah Smith at The Criterion Collection on Nicholas Ray’s great 1950 movie.

• Notes on Pickpocket: from filmscalpel, a compelling four-minute video essay on Robert Bresson’s great film, using the master’s own words as commentary.

• The personal SOS messages the BBC used to send: the BBC’s Kathleen Hawkins with a fascinating story – I recall hearing these messages every morning.

• Jeff Daniels Goes ‘Will McAvoy’ on Trump: for those of us still mourning the loss of The Newsroom, here’s Jeff Daniels dropping back into his character of Will McAvoy to reflect on the coming election battle – give the guy a regular slot is what I say:

• Confessions of a Trump tabloid scribe: for Politico Magazine, Susan Mulcahy holds up her hands – and apologises – in a terrific piece with the sub-heading, How New York’s gossip pages helped turn a lying real estate developer into a celebrity phenom.

• Nice museum. Where’s the art?: interesting commentary on the imminent opening of Tate’s new wing, from Tom Rachman at The New Yorker:

Art isn’t always about participation and popularity and relating everything back to us. Museums shouldn’t be, either.

• The Hollow Crown: Henry VI Part 1 @ The BBC: at the Bardathon, Peter Kirwan’s excellent analysis of the first film in the trilogy.

• Man of the world: David Coward on a new edition of Casanova’s memories, for TLS:

The addition of new fragments and further discoveries fully confirms their view that Casanova is one of literature’s most honest and revealing autobiographers and a unique observer of the life of his times.

• In search of the great Hollywood novel: Graham Daseler has some recommendations at LA Review of Books.

• California notes: the incomparable Joan Didion somewhere between poetry and prose, memoir and travelogue, and much more besides, at New York Review of Books.

• Hail and farewell to the Google Books case: a thoughtful overview from James Grimmelmann at Publishers’ Weekly.