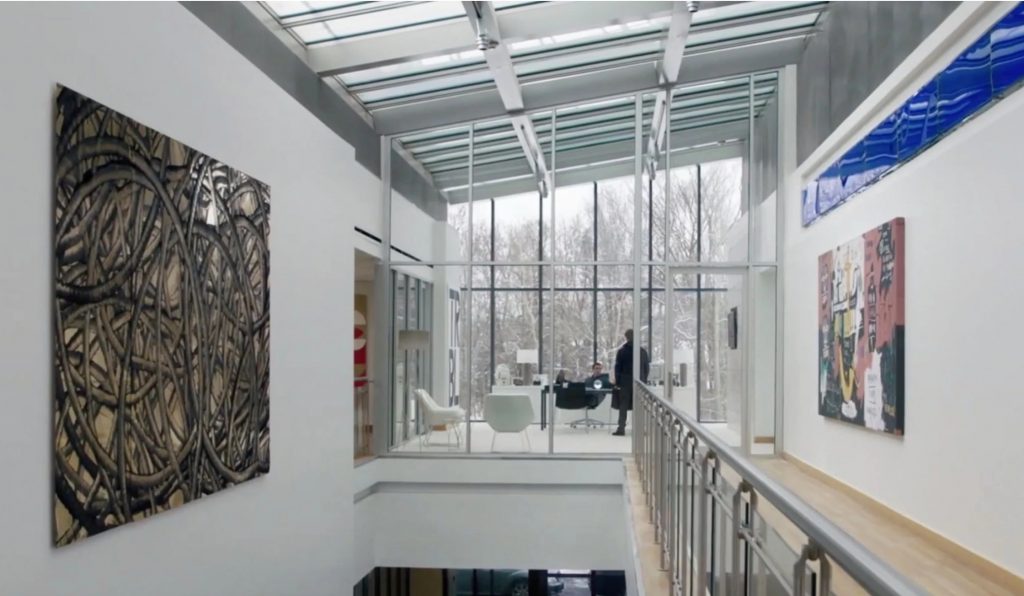 John Wyver writes: another selection of articles and videos, plus a Twitter feed, that have engaged me over the past week. Many of these come from my Twitter timeline, and I remain immensely grateful to all those who I follow for their recommendations.

• Four coronavirus futures: I found this very useful for trying to think about The After – Ravi Gurumurthy and Charles Leadbetter for Nesta lay out four possible scenarios.

• The Great British Battle – how the fight against coronavirus spread a new nationalism: Will Davies for the Guardian is excellent on nationalism, the NHS and (once more) the ubiquitous Second World War analogies.

• Igor Levit is like no other pianist: do you need any other recommendation for this excellent essay than knowing that it is an Alex Ross profile for The New Yorker? And if you do, try this, which is Levit in lockdown playing Brahms’s arrangement of the Bach Chaconne in D Minor…

• 100 years on, why Frank Matcham remains theatre’s master builder: Tim Bano for The Stage on the wonderful work of the peerless theatre architect who died 100 years ago today; see also Michael Billington’s Velvet wonderlands: the plush pleasure palaces of Frank ‘Matchless’ Matcham for the Guardian.

• When will we want to be in a room full of strangers again: Helen Lewis for The Atlantic on the prospects for theatre in The After.

• ‘time to change the numbers’: David Jubb follows up an earlier much-discussed post about the potential, indeed the necessity as he sees it, for radical change in arts funding in Britain.

• The shape of documentary to come: challenging thoughts from Robert Green for Sight & Sound:

To overcome this irrelevance we first need to kill the idea that we are watchers and fully embrace our roles as creators. We must truly accept the collaborative aspects of nonfiction filmmaking and actively claim the dual roles of witness and manufacturer. Subjects must be partners, our cameras must dedicatedly capture phenomenal reality and our structures must embody the contradictions of this messy form. And the old debates must die.

• The best Japanese film of every year – from 1925 to now: the BFI has started its (very welcome) online offerings under the banner of Japan 2020: Over 100 Years of Japanese Cinema, and this is perhaps the finest of its early fruits – a deeply informed selection by notable critics of 95 films tracing one arc through an immensely rich cinema history.

• We miss you, Cannes – 23 filmmakers recall indelible moments: this is gorgeous from Manohla Dargis and A.O. Scott for The New York Times marking what should have been the start of the Cannes Film Festival this week, with memories from Alejandro González Iñárritu, Jia Zhangke, Clint Eastwood, Chloë Sevigny and more.

• Friendless Churches: each morning @friendschurches Tweets a thread about a remote place of worship in England or Wales – and every one, like that below, is a joy…

• When Manhattan was Mannahatta – a stroll through the centuries: for The New York Times, Michael Kimmelmann takes a virtual walk with conservation ecologist Eric W. Sanderson through lower Manhattan in around 1609.

• Image and Object 2020 – Geoff Batchen: from Oxford Art History, an exemplary, informal intro (using Panopto) to the materialities of the daguerreotype from Geoffrey Batchen, Professor of the History of Art.

• Analysing professional photographic networks in 1900: probably a bit nerd-y and niche (in fact, certainly so), but I found this post by Katherine Howells for The National Archives blog fascinating – she explores professional relationships between photographic firms in 1900 using copyright forms, and she visualises this data using Gephi.

• This atlas of art and memory Is a wonder of the modern world: Martha Schwendener for The New York Times on Aby Warburg’s Bilderatlas Mnemosyne (Mnemosyne Atlas, in English), a unique, encyclopedic collection of almost 1,000 images – and where you can find fragments of it online.

• On the verge of tears: Louise Hornby on the Print Plus platform of Modernism/modernity is wonderful on ‘the spill and smear of tears’ in early twentieth century culture.

• Vermeer, Duchamp and Sally Rooney: Jill Caddell for Apollo reflects on Connell and Marianne’s encounters (in episode 8) with two masterpieces in Vienna and Venice; the former is ‘The Art of Painting’, c. 1666–68, in the collection of the Kunsthistorisches Museum (and a detail of which is above).

• The art collections are real; the owners are not: I’ve long been intrigued by the truly smart selections of modern and contemporary art in series like Succession and Billions (see header image) – and here’s the person who puts the paintings on the walls: fine art coordinator Fanny Pereire, interviewed by Jillian Steinhauer for The New York Times.

• India dreaming – Paul Purgas on the birth of Indian electronic music: Paul Purgas’ BBC Radio 3 programme Electronic India — about compositions produced around 1970 by the students of India’s National Institute Of Design — isn’t even broadcast until this evening, but he’s done a great job publicising it, including in this rewarding interview with Patrick Clarke for The Quietus.

• Bournemouth: 10,000-plus words from Andrew O’Hagan for LRB on Robert Louis Stevenson and his friends (which is much more engaging than it perhaps sounds).

• On Didion, The Dead, and the dawn of a California arts revolution: I enjoyed this retrospective essay by Jim Newton for Literary Hub.

• The enduring romance of the night train: Anthony Lane for The New Yorker on the Caledonian Sleeper and those who have travelled this way before.

• Video chat is helping us stay connected in lockdown. But the tech was once a ‘spectacular flop’: Francine Uenuma for Time on the history of the Picturephone.

• The prophecies of Q: Adrienne LaFrance for The Atlantic on the rise and rise of the conspiracy theory source QAnon which ‘does not possess a physical location, but it has an infrastructure, a literature, a growing body of adherents, and a great deal of merchandising.’

• Party in a shared Google doc: this will cheer up your day – Marie Foulston unconventionally making the most of social distancing and normally not-so-social software.