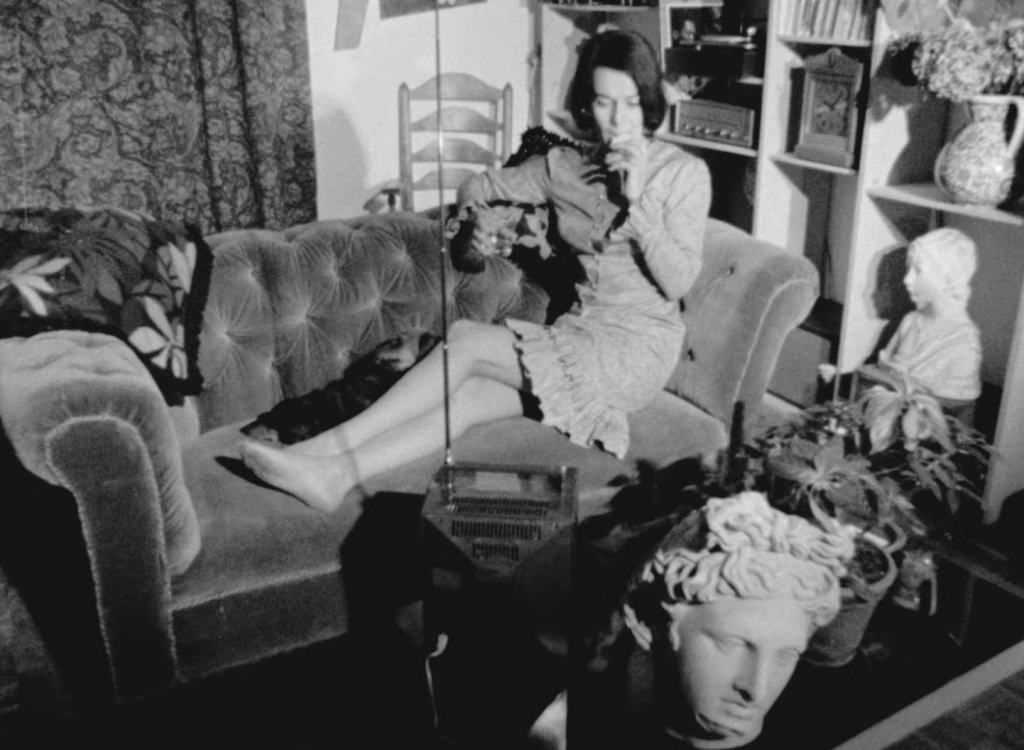 • Scenes from a hostile environment – a history of Black British protest film and television: a long, passionate and essential read by Ashley Clark for BFI on a ‘ghost canon of British film and television … a lineage of urgent work that has for too long been overlooked or actively suppressed.’

• My Light Shines On: A Celebration of the Festival City: instead of a visit to Edinburgh this summer – lots and lots of simply wonderful stuff…

• Watch closely… very closely: in a very welcome initiative, Network Releasing are curating archive television streams that you can hire for a very reasonable fee. The second ‘Night In’ of classic ABC television features an edition of the arts series Tempo which includes a compressed edit of (nearly) a full night of television, which the eagle-eyed distributors break down here. The feature also includes the wonderful still above of (presumably) a typical Tempo viewer.

• Jack Charlton’s vanished world: Dan Jackson for Unherd’s ‘Lost Histories of Britain’ series, on the late footballer, Northumbria and the 1971 Tyne Tees TV documentary Big Jack’s Other World (the link takes you to the film at the Yorkshire Film Archive online).

• The innate Black Britishness of I May Destroy You: exceptional cultural criticism from Bobu Babalola for Vulture.

• On YouTube, vloggers are teaching people how to migrate illegally: a fascinating read from Amine Ghoulidi and Sophia Akram, from Wired.

• On Setsuko Hara: a lovely note by Moeko Fujii on the great Japanese actor.

• Ben Hart Magician “Ring on Sandtimer”: Clare and I went to our first live performance last night, at The New Normal Festival, at the The Royal Victoria Patriotic Building in Wandsworth, for a programme of magicians hosted by Ben Hart, who performed a variant of this remarkable trick…

• Will Superblue be the ‘Infinity Room’ writ large?: Frank Rose for The New York Times on a potentially game-changing project in the contemporary art world.

• When the Bronx was a forest – stroll through the centuries: another of Michael Kimmelman’s delightful virtual walks around New York, for The New York Times (and yes, I know there are several NYT recommendations this week – it’s a great media organisation).

• AR Reading List 021 – the British seaside: if you register for free at the Architectural Review you can access seven selected essays from past issues; delightful and full of interest.

• The Cold War bunker that became home to a Dark Web empire: an amazing, engrossing read by Ed Caesar for The New Yorker.

• sweatpants forever: Irina Aleksander for The New York Times with a surprising (and for me, surprisingly interesting) interactive feature about Covid-19 and the fashion industry.

• How gay feminist composer Pauline Oliveros taught us to hear with more than ears: Mark Swed for the LA Times.

• Fellows pro and con: Richard Davenport-Hines for the TLS on David Cannadine’s new collection, A question of Retribution? The British Academy and the matter of Anthony Blunt, is pretty much worth the price of the digital subscription you’ll need to read it.

• I Saw The World End | Es Devlin and Machiko Weston: an extraordinary – and appropriately disturbing – online artwork commissioned by the Imperial War Museum to mark the dropping of two nuclear weapons were detonated over the Japanese cities of Hiroshima and Nagasaki on 6 and 9 August 1945; crucial background here.