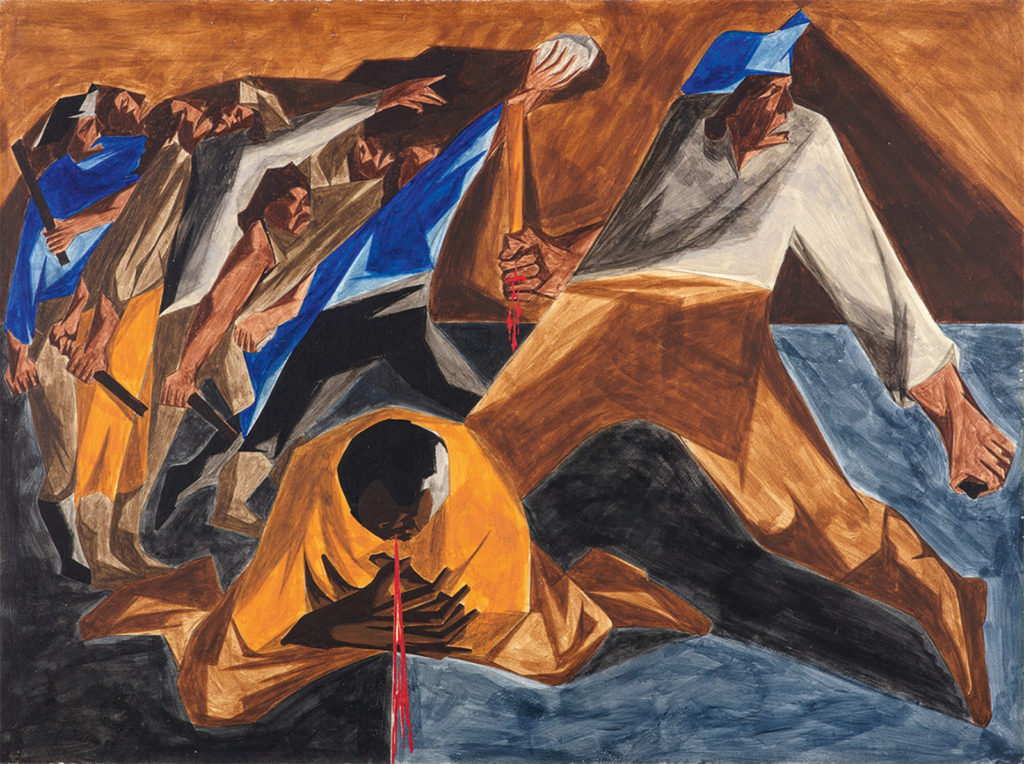 • Themed playlist – what to watch to prepare for Borat Subsequent Moviefilm (2020): I’m a big fan of the playlists curated via the Centre for Screen Cultures at St Andrews which have been running through lockdown, and this is especially good by Leshu Torchin, ‘resident Borat expert and documentary scholar’, linking Sacha Baron Cohen’s new film with Josh Oppenheimer’s The Act of Killing (2012), The Silent Village (1943) by Humphrey Jennings, and Luis Buñuel’s Land Without Bread (Las Hurdes: Tierra Sin Pan, 1933):

• Is there a cure for film criticism? Or: some happy thoughts on Siegfried Kracauer’s Theory of Film: The Redemption of Physical Reality: Thomas Quist for mubi.com’s Notebook on Kracauer’s 1960 volume which he describes as

a work of genuine care and intellectual titillation, where tossed-off observations feel foundational and the central thesis leaves contusive marks on one’s understanding of what film is and can do.

• Scott, Tony: there’s a new issue of the excellent online journal Senses of Cinema, number 96, and among its multitude of pleasures is Jeremy Carr’s ‘Great Directors’ profile of the (still underrated?) filmmaker who died in 2012.

• Margaret Nolan obituary: one of those obituaries, here by Toby Hadoke for the Guardian, that celebrates an exceptional and fascinating life lived perhaps just under the public radart – an actor in Goldfinger and Carry On films, a regular in Brian Rix’s ensembles, a cast member of The Newcomers (BBC, 1965-69), a key part of my early television life, but also ‘an active member of the Socialist Labour League [who] helped to produce a hugely ambitious pageant of working-class history staged at the Empire Pool (which later became Wembley Arena) in 1973.’

• Twilight time – the return of the drive-in, part one: the opening of a rather wonderful two-part essay by Nick Pinkerton for Reverse Shot; part two is here.

• All the wrong reasons to remake Rebecca: really the new Netflix adaptation doesn’t deserve the critical opprobrium it’s getting, but Rachel Syme for The New Yorker is smart about its problems: ‘The new Rebecca offers up gif-ready fantasy on a platter, but it never gives us a chance to dream of Manderley again.’

• Nerding out with David Fincher [£, but limited free access]: Mark Harris at Vulture with the director talking about his new movie Mank.

• Shonda Rhimes is ready to “Own her s***”: the game-changing showrunner on leaving ABC, ‘culture shock’ at Netflix and overcoming her fears: a Lacey Rose profile for Hollywood Reporter.

• The Underground Railroad – Preamble: how much are looking forward to Barry Jenkins’ adaptation of Colson Whitehead’s great novel – forthcoming from Amazon…

• Knives out[£, but limited free access]: Sanford Schwartz for NY Review of Books on Joseph Lawrence’s art, and especially his extraordinarily powerful multi-panel cycle ‘Struggle: From the History of the American People’ (1954-56; see header image), currently on view at New York’s Metropolitan Museum of Art…

• Jacob Lawrence’s radical history of the United States: … and Emily Raboteau is also very fine on the experience of seeing the cycle at The Met in these dark days:

That the ‘Struggle’ feels personal to me, as a Black American, made it no less personal to the others in the exhibition hall. ‘He was a genius,’ said the white woman beside me before the final panel, ‘Old America seems to be breaking up…’ Behind her face mask, she was crying. Old America is indeed breaking up. We don’t know what’s to come.

• An iPad studio tour finds Bruce Nauman pushing limits: Jason Farago for The New York Times on a new work by the artist at Sperone Westwater in Manhattan (until 14 November), including a neat video demo.

• The high resolution recording of the Raphael Cartoons: on the recent cutting-edge digitsation by the Factum Foundation (this is their website) of the artworks at the V&A which reopen on 14 November.

• What to do about William Faulkner: a fine essay by Drew Gilpin Faust for The Atlantic, prompted by the new book The Saddest Words: William Faulkner’s Civil War by one of my favourite literary critics, Michael Gorra.

Like all the best critics, she is an outsider: a heretic, a hermit, a devout hater of parties. (This is why women have prospered in the role – Janet Malcolm, Pauline Kael, Emily Nussbaum.) The critic is not here to make friends. The authorial persona on display in Mantel Pieces is confident to the point of arrogance. In a world where many journalists, broken and exposed by the internet, write with a flinch in every sentence, that is deeply enjoyable.

• How a Wagner opera defined the sound of Hollywood blockbusters: a terrific video essay from Alex Ross, author of the new Wagnerism: Art and Politics in the Shadow of Music, and The New Yorker:

• David Harvey – socialists must be the champions of freedom: perhaps not the easiest of Sunday reads, but courtesy of Jacobin this is an important chapter from the influential theorist’s new book:

We should not give up on the idea of individual freedom as being part of what an emancipatory socialist project is about. The achievement of individual liberties and freedoms is, I argued, a central aim of such emancipatory projects. But that achievement requires collectively building a society where each one of us has adequate life chances and life possibilities to realize each one of our own potentialities.

• TIME replaced its logo on the cover for the first time in its nearly 100-year history. Here’s why we did it: by Edward Felsenthal, Editor-in-Chief and CEO of TIME.

• What I learned about male desire in a sex doll factory: I found this essay about straight male desires fascinating – for the Guardian, Tracy Clark-Flory writes about visiting the sex doll manufacturer RealDoll.

• ‘We are enacting a planetary crisis with electronics’ – an interview with Julia Christensen: Gabrielle Schwartz for Apollo interviews the Ohio-based artist about her recent work inspired by e-waste.

• Searchable stock shots: 306-LSS films now online!: I simply enjoyed this niche and nerd-y post about footage shot during the 1930s and ’40s from ‘The Unwritten Record’, the blog of the National Archives in the United States.

• And finally, posted just this past week, Keith Richards and the X-Pensive Winos, live at the the Hollywood Palladium in 1988 – check out those vfx!