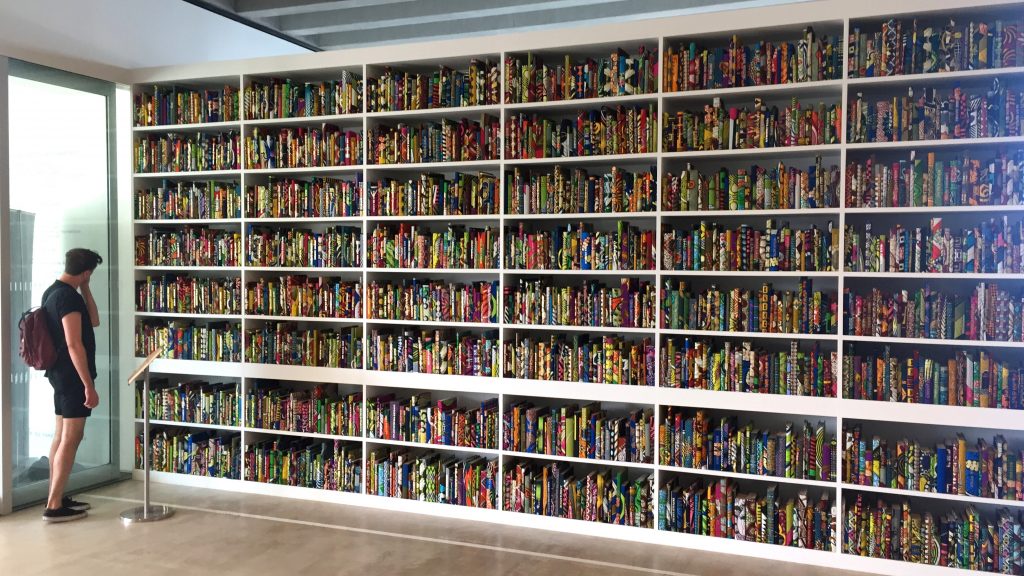 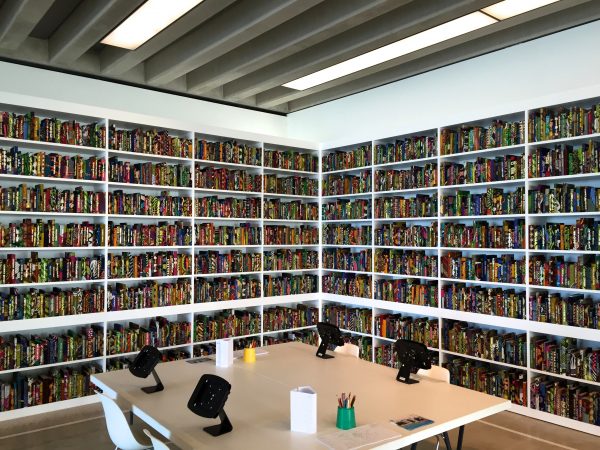 Located in the Sunley Gallery just inside the lobby, The British Library, 2014, is simply two banks of book shelves filled with hundreds of volumes covered in the artist’s batik Dutch wax fabric. On the spines of many of the books are the names in gold leaf of first- and second-generation immigrants who have enriched British culture and society. There are poets and film stars and footballers and politicians and academics and many more. Some of the spines are blank and some, apparently, bear the names of prominent opponents of immigration. I didn’t see him but perhaps Nigel Farage is there.

And that’s it. You can’t handle the books, but they furnish this space gloriously and of course there is a fascination in reading all of the names – and even, as two of my colleagues did, trying to compile a decent football starting eleven. I think we all found it fascinating and engrossing and provocative. 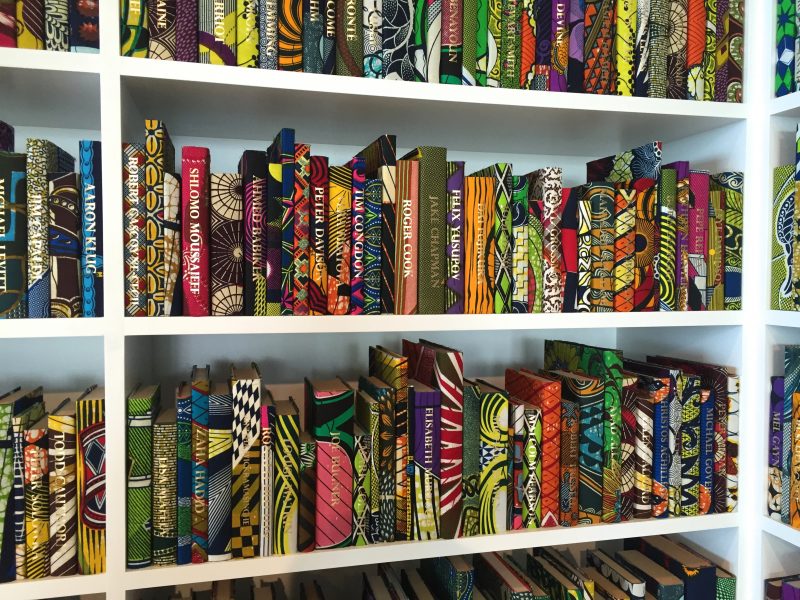 In March the artist spoke to Holly Black at the Artfund about The British Library:

The First World War created a lot of refugees and it was terrible. Today we have so many Syrian refugees, an issue that’s on a global scale. The British spirit of aiding refugees during both World Wars is something that everyone should be proud of, and by contrast the very ugly response now is something for which we should all be deeply ashamed. I think that its very important to remind people that actually earlier generations did not react this way. They were kind, we need to learn from that. I’m very please that this work is being shown at this particular time. When The British Library was first shown at Brighton Festival the refugee crisis hadn’t become as urgent as it is now. But remember, I’m not a politician, I am an artist. 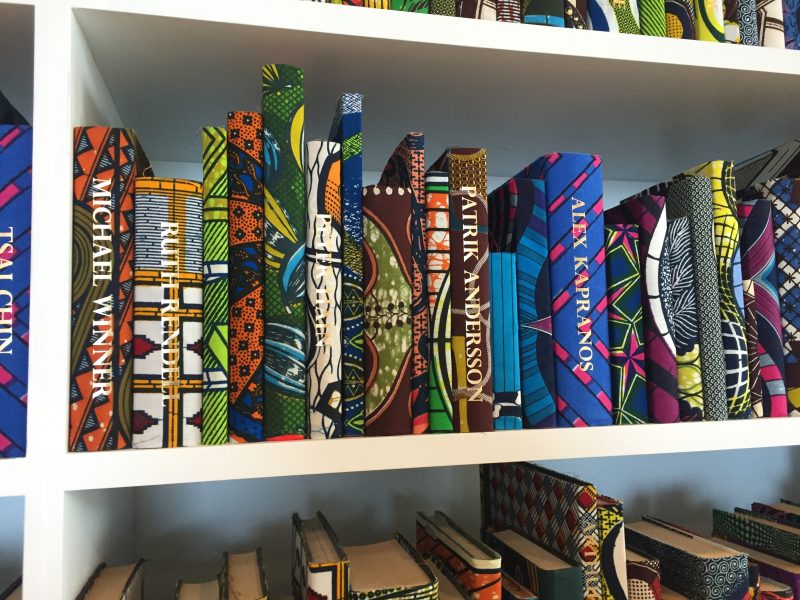 You can purchase our 2005 film with Yinka Shonibare in theEYE series here.