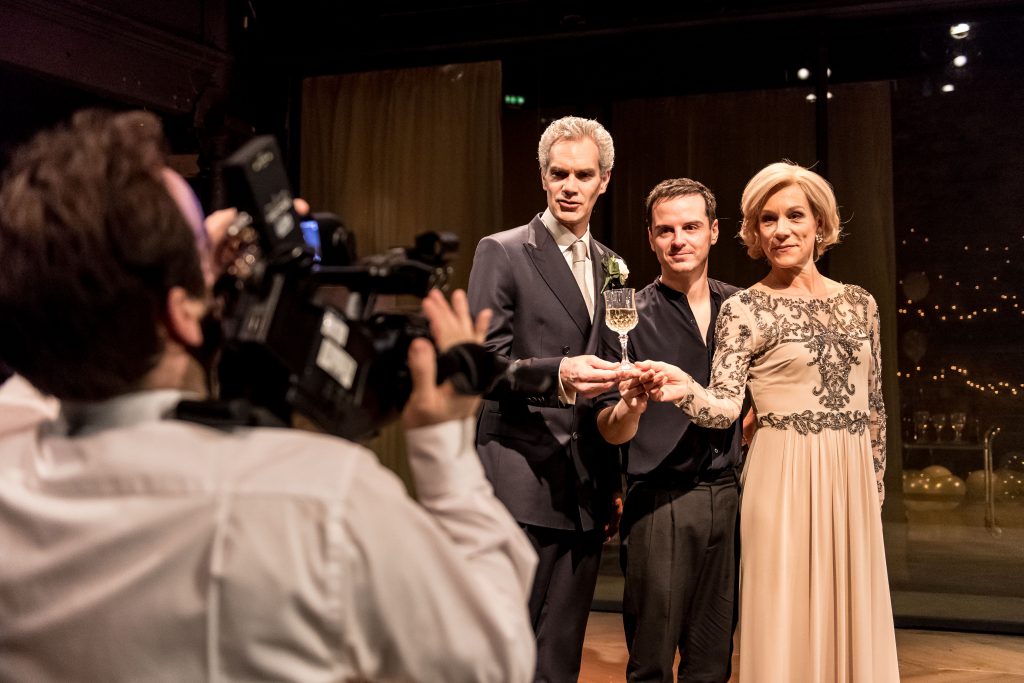 Our production with the Almeida of Robert Icke’s staging of Hamlet only has a few days left on BBCiPlayer. You can catch it here until Monday 30 April.

The recording features the original cast, and the screen director is Rhodri Huw, working in close collaboration with Robert Icke. Hamlet has design by Hildegard Bechtler, with lighting by Natasha Chivers, sound by Tom Gibbons, and video design by Tal Yarden.

Hamlet is is an Illuminations/Almeida Theatre production presented by BBC, The Almeida Theatre, The Ambassador Theatre Group and Sonia Friedman Productions. The broadcast producer for Illuminations is John Wyver. Photo: Manuel Harlan.