Better than being there 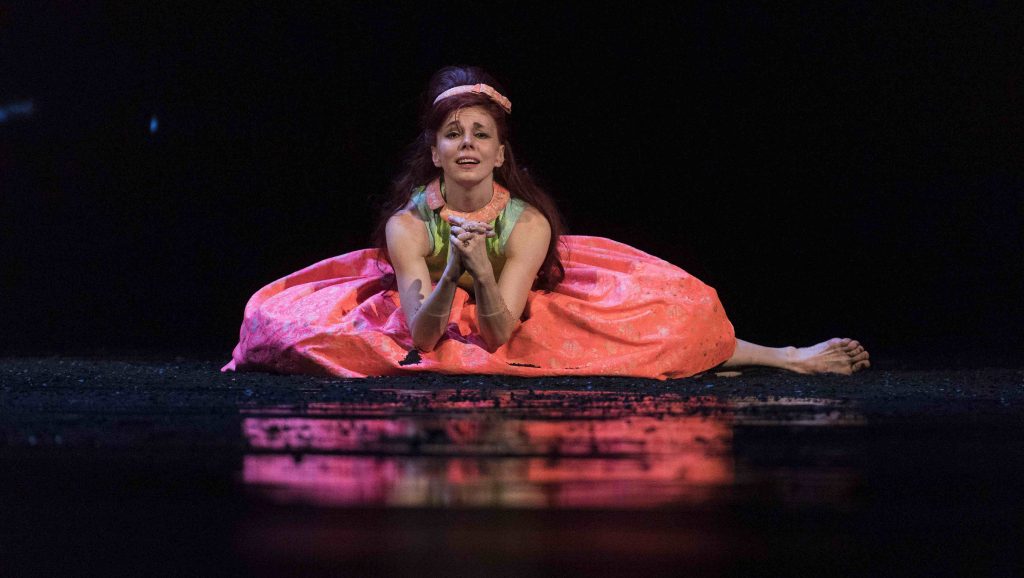 Tonight at 9pm Sky Arts premieres our production Natalia Osipova at Sadler’s Wells. Recorded just over a fortnight ago, this features three contemporary dances newly commissioned from Russell Maliphant, Sidi Larbi Cherkaoui and Arthur Pita, details of which are here. The great Royal Ballet Principal performs in each one, and in the first and the last she is partnered by the remarkable Sergei Polunin, with whom she has had a complex and highly public relationship.

The convention is that you don’t write in detail about productions with which you have been involved. But I’m going to do so here, even though I am executive producer on the programme. I feel justified because this adaptation is entirely the creative achievement of screen director Ross MacGibbon, producer Lucie Conrad and a really great team of collaborators.

Moreover, I doubt that anyone else will notice the production in print, and if they do it will most likely be regarded as simply a ‘capture’ of the theatre event. But it is more, considerably more, than that, and I want to tease out a little of why this is so. I also want to assert that the experience of watching these dances on the screen in this interpretation is, straightforwardly and objectively, better than having been at Sadler’s Wells.

Which is not because I don’t love Sadler’s Wells as a venue. Rather, it’s a recognition that the creative choices by Ross and Lucie and the team have, in this case especially, enhanced the dances. At times we are far closer than we could have been in the auditorium to the detail of the movements and the emotions (and Polunin’s tattoos). But the translation to the screen has done more than move us in as spectators. The framings, sequences of shots, the juxtapositions of scale, the rhythms of the editing, all respond to and enhance what is being played out physically with bodies and movement and space. The images focus how the lighting sculpts the dancers, and the patterns and visual echoes on stage are extended within the screen.

Experiencing Natalia Osipova at Sadler’s Wells on a television or a tablet is obviously different from being there, but I really believe that as a way of understanding and appreciating and responding to these particular dances, it is richer and, for all the imposed mediation, more immediate. 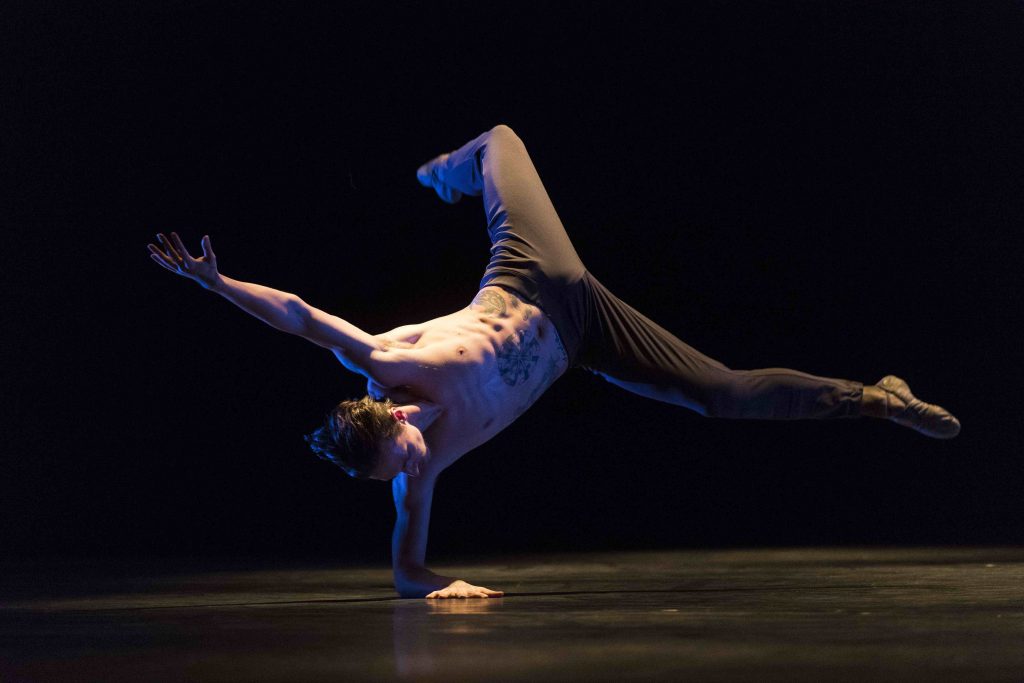 The evening at Sadler’s Wells attracted decidedly mixed notices from the dance press. Judith Mackrell for the Guardian and Debra Craine for The Times [paywall] both gave the show 4 stars, but for Hanna Weibye at The Artsdesk this was a show ‘that wastes and undersells the talents of nearly everyone involved, and offers only tedium – frequently tasteless tedium, at that – to audiences.’ Silent Echo, choreographed by Russell Maliphant as a 17-minute duet between Osipova and Polunin (above), was probably the piece that was liked the most, and while it came second in the show we have moved it up to become the opener.

All three of the pieces have minimal settings, and expect evocative lighting to do much of the scenic work. All three are also largely set against black, and so the show as a whole has an austere, minimalist aesthetic. But what that means in Silent Echo is that the screen can explore and exploit changes of scale and radical juxtapositions. Spinning, gliding. leaping, embracing, the two dancers exist both in the space of the stage and – separately, distinctively – in that of the screen. I admired it as I watched from two-thirds of the way back in the Sadler’s Wells stalls, but in front of a screen I was involved, almost mesmerised, in a quite different manner. 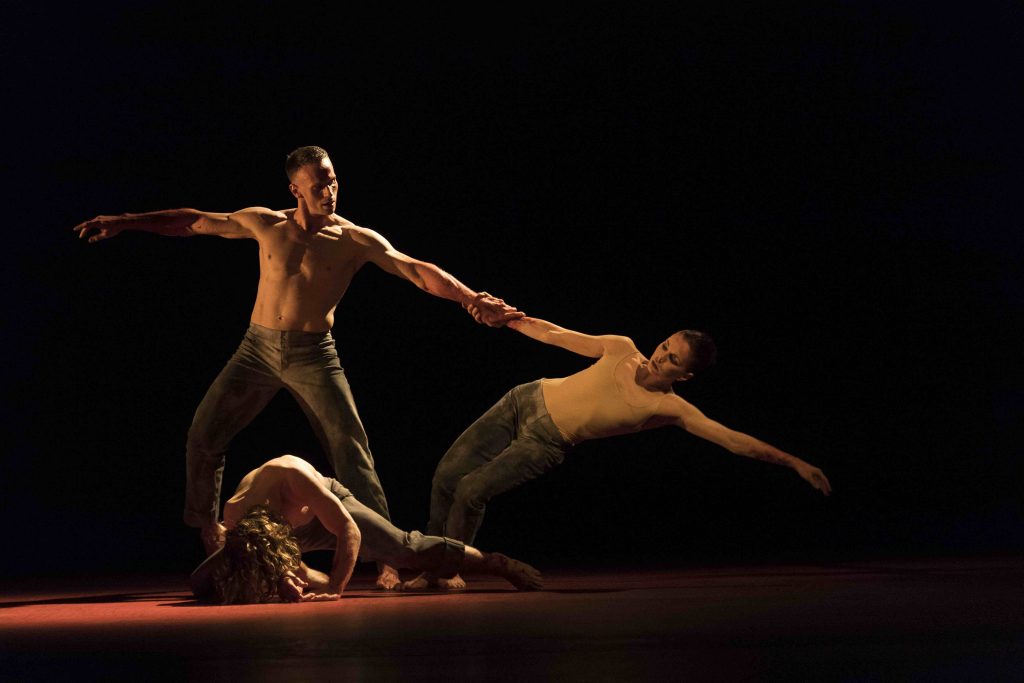 The 22-minute Qutb, choreographed by Sidi Larbi Cherkaoui, is a trio in which Osipova and two male dancers shape shift often as a single organism, demonstrating extraordinary strength and focus. Qutb has the sense of a ritual driven by trance and transcendence, and its patternings of power, tenderness and support are beautifully brought out by the camera angles, compositions and edits.

You might not even have noticed, had I not pointed out here, that this part of the programme is shot with a 16:9 frame, whereas the other two dances are recorded in a more extreme widescreen framing, with ‘letter-boxing’ top and bottom. Ross’ sense was that these were the appropriate screen shapes for each of the pieces, so that this one has a greater sense of verticality on screen than the other two – and this choice (which had to be made for the cameras, and wasn’t something that could be selected in post-production) is entirely vindicated. 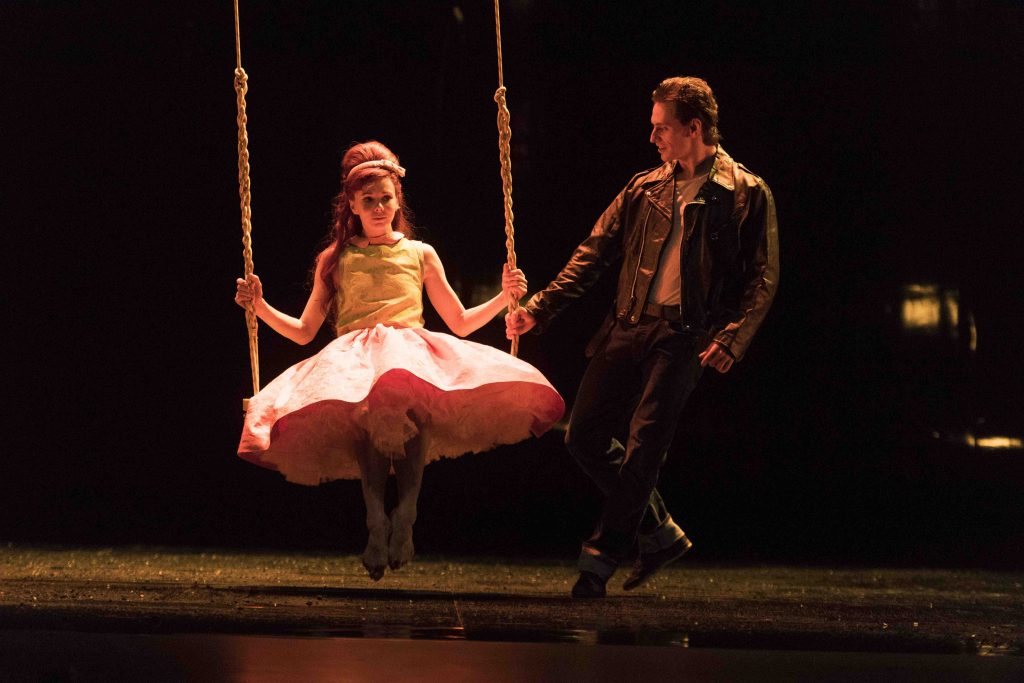 While with the first two essentially abstract dances what you see – and hear – is what you get, the third work, Run Mary Run, choreographed by Arthur Pita, spins and suggests much more of a narrative. Roughly, this goes (with a flashback), girl has lost boy (who’s dead), girl finds boy, girl loves boy, boy dies. On screen I can see much more clearly many of the fragments of this tale, including the fact (which I missed on stage) that for the opening, when two hands appear from the earth, one is male and the other female. The camera concentrates the movie-like qualities of the work, drawing out the references to American noir and, much as in David Lynch, the dark side of romance. As another duet, it’s probably too long at more than 35 minutes, but I responded more positively to the screen interpretation than when I watched it on stage.

I realise that it’s heretical to prefer a screen experience to one directly encountered on the stage. I know too that for many people the fact of being in the same space at the same time with dancers or actors is fundamental, both for those doing and for those watching, to what performance is about. But as I have the privilege of producing more and more live cinema broadcasts (including Richard III from the Almeida on Thursday) my preconceptions about this are increasingly challenged. And I aim to confront them again tonight by watching – and feeling very pleased and proud – as Sky Arts screens Natalia Osipova at Sadler’s Wells.