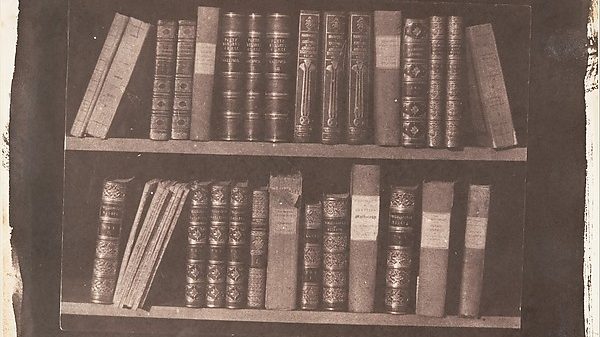 John Wyver writes: Earlier today I spoke on a panel at the Archives, Access and Research conference at BFI Southbank. Co-organised by the Centre for the History of Television Culture and Production at Royal Holloway, University of London, Learning on Screen and the BFI, this proved to be a valuable and ultimately positive day of discussions. Contributing to the first panel I wanted to offer a provocation about how limited is our access to the BBC archive – and that’s the text that follows. I recognise that there have been important advances in recent years and the current state of play is perhaps not as bleak as I paint it here. So in a follow-up post I’ll outline some of those welcome changes.

I want you for a moment to imagine a library filled with the books of four nations. Published over the last seventy years, and paid for by a hypothecated tax on the people, these books contain much of the political and cultural and social life of those nations. They record fleeting appearances by hundreds of thousands of those who lived and who still live in those nations. They feature humans of every age, of every class, of every sexual orientation, of every religion and of every ethic background. Animals too, they feature lots of animals.

The books were created by many of the best and the brightest of the four nations, and they represent some of the very finest creative achievements by those nation’s greatest artists and thinkers and writers. They document what made the peoples of those nations laugh, what made them cry, what made them sad – angry — proud. As a consequence, the library and its books are – or would be, but for one little wrinkle – profoundly and immeasurably valuable to teachers, to school kids, to journalists, to artists, and to all those who want to understand who the peoples of the nations were and are – profoundly, immeasurably valuable indeed to each and every one of us.

Now imagine that on the day of their publication, when after an hour or so when they were freely and widely available, when indeed millions of people read them together, many – in fact the overwhelming majority – of these books were locked away in the library. The people who paid for them could no longer read them, refer to them, quote from them, argue with them or be inspired by them. Some of the books, sadly, were destroyed, but the ones that survived were looked after with loving care by devoted librarians. Except that almost no-one could read them again.

Some of the books, it is true, were brought out again for another hour or so of free access, and some were regularly granted this privilege, especially in the early evening on Saturdays. Some of the books, it is also true, were made available if the citizens wished to pay once again to own a copy. Some, on rare but joyous occasions like tonight, were displayed in shrines like the one in which we are sitting. And those of us who were sufficiently determined could – again, for a not insignificant hourly fee – negotiate access to these books in small, dark basement cubicles in a central London sidestreet. But still most of these precious political and cultural and social documents remained hidden, all-but-unknown and lacking even a proper entry or basic metadata in a freely accessible catalogue.

Such a library of books is, of course, unthinkable. The lack of access to the treasures and riches in its printed pages would be scandalous, unsustainable, absurd. Yet that’s pretty much where we are today in relation to the archives of the BBC – and the denial of access to those treasures and riches, while seemingly sustainable, is most definitely absurd and scandalous. And it’s no less scandalous today than it was when just over forty years ago I sat in NFT2 marvelling at – and discussing with passion – the glories revealed by the BFI’s first major archive season of television drama, programmed by Paul Madden. And in those forty years neither the décor in NFT2 nor the fundamentals of this situation has changed.

Before turning to why, forty years on, things are – in essence – the same as they ever were, I want to stress that those who are sitting with me on this panel are not responsible for this scandal. Nor are any of you sitting out there. Many, many of the archivists and scholars here, together with many of those simply interested in the most significant medium of the past seventy years, have fought valiantly to overcome this situation, and many have done wonderful work to prise open corners of the great locked library. For which all of us are truly grateful. But the great library is still there – and it’s still largely locked.

Why? Well, I can do no better than quote one of those who tried his best to prise open some corners – before, that is, looking in despair at how little had been achieved by five and more years hard labour – and leaving these shores. On a panel very similar to this at the University of Reading in September 2013, the estimable Tony Ageh, then the BBC’s Head of Archive Development, explained why so little progress had been made towards what was then the aim of – by the BBC’s centenary in 2022 – enabling full access, through both commercial and non-commercial channels, to everything, everything, in that great locked library – programmes, stills, written records and more.

Why did he despair – and why am I echoing his despair today? Because, as he said, ‘Nobody cares.’

As it is, because not enough people care anything like enough, the great library stays largely locked, and all of us are denied appropriate access to a cultural and historical resource of incomparable, immeasurable importance – and incidentally, one that we paid for in the first place. And that remains absurd and scandalous and simply, straightforwardly, WRONG.

But just imagine what might be possible if educators and artists and historians and my friend who was once a contestant in “Double or Drop” on Crackerjack and who has longed to see her younger self once again, just imagine what they might all do if the locks came off the library. Just imagine what riches they could all enjoy and explore and learn from and be inspired by. Imagine…

Image: A Scene in a Library (detail) by William Henry Fox Talbot (British, Dorset 1800–1877 Lacock) via The Metropolitan Museum of Art, licensed under CC0 1.0.