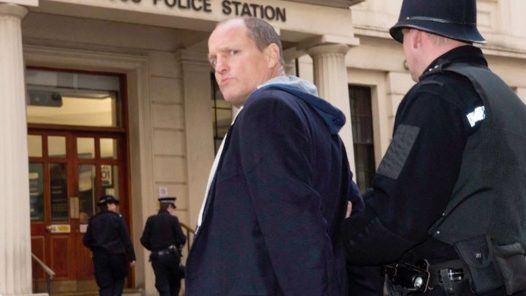 As my production interests and my academic concerns are both focussed, albeit not exclusively, on live events for the cinema, I am acutely aware of how rapidly the field is developing. To help myself, if no-one else, keep up to date with what is happening, every fortnight I am going to gather together a group of links about recent and forthcoming live cinema events, including reviews, previews, industry news and trailers. I also intend to keep these pages developing, so I’ll be adding additional links about the subjects below as I come across them.

RSC Live from Stratford-upon-Avon: The Tempest

This was the first live cinema event of 2017, broadcast from Stratford-upon-Avon on 11 January. (I should declare my interest: I am the RSC’s producer for these broadcasts.)

• The Tempest (RSC / Live from Stratford) @The Broadway, Nottingham: Peter Kirwan at the Bardathon reviews the screening and is as acute as ever.

• Such stuff as dreams are made on: Luke McKernan watches The Tempest in Gravesend:

I felt a trick had been missed. Prospero should have been shown at a lighting desk, twiddling the knobs to conjure up a digital tempest, calling up spirits and manipulating the fortunes of those on the stage before him. The magician of today should not have his staff and books, he should have his tablet, shifting destinies with a swipe of the finger. There will be bolder Tempests to come, soon enough.

• The RSC’s high-tech Tempest: acting, poetry and technology spellbind together: an enthusiastic and detailed response from “Gerry’s” blog.

There are numerous UK encore screenings in the next fortnight; details here. US and other screenings from 1 March.

The next NT Live presentation is Peter Shaffer’s Amadeus on 2 February. The cinemas screening it are here.

In the early hours of Friday 20 January, Woody Harrelson mounted a live cinema broadcast that was shown in a single cinema in London as well as across the USA.

• Woody Harrelson’s live movie is a miraculous oddity: Ryan Gilbey for the Guardian:

Bumps and wrinkles in the film would doubtless have been remedied with the luxury of reshoots. The difficulty of lighting so many locations meant the image was sometimes muddy and indistinct… Nothing, though, will quite match the sensation of having watched the messy but miraculous birth of a genuine oddity: part celebrity satire, part mea culpa, part site-specific, one-night-only art installation.

• I Went to Woody Harrelson’s Curious Live-Streamed Movie, Lost in London: a review from Jackson McHenry for Vulture:

There were a few flubbed lines, minutes on end when the sound wasn’t right, and one or two scenes where the actors’ timing was off. But for the most part, Lost in London was pretty much what you would expect from any Woody Harrelson joint: shaggily competent, self-effacing, and as earnest as a stoner’s musing at 4 a.m., which was about the time in London when the livestream ended.

• Woody Harrelson’s audacious live movie experiment drops more names than jokes:… whereas Jude Dry for IndieWire, not so much.

• Woody Harrelson vows to ‘never’ shoot a live film in one take again: an Evening Standard report after the filming.

Wayne McGregor’s dance triptych to music by Max Richter is broadcast live from the Royal Opera House on 8 February; details of cinemas here.