Sonia Boyce in State of the Art 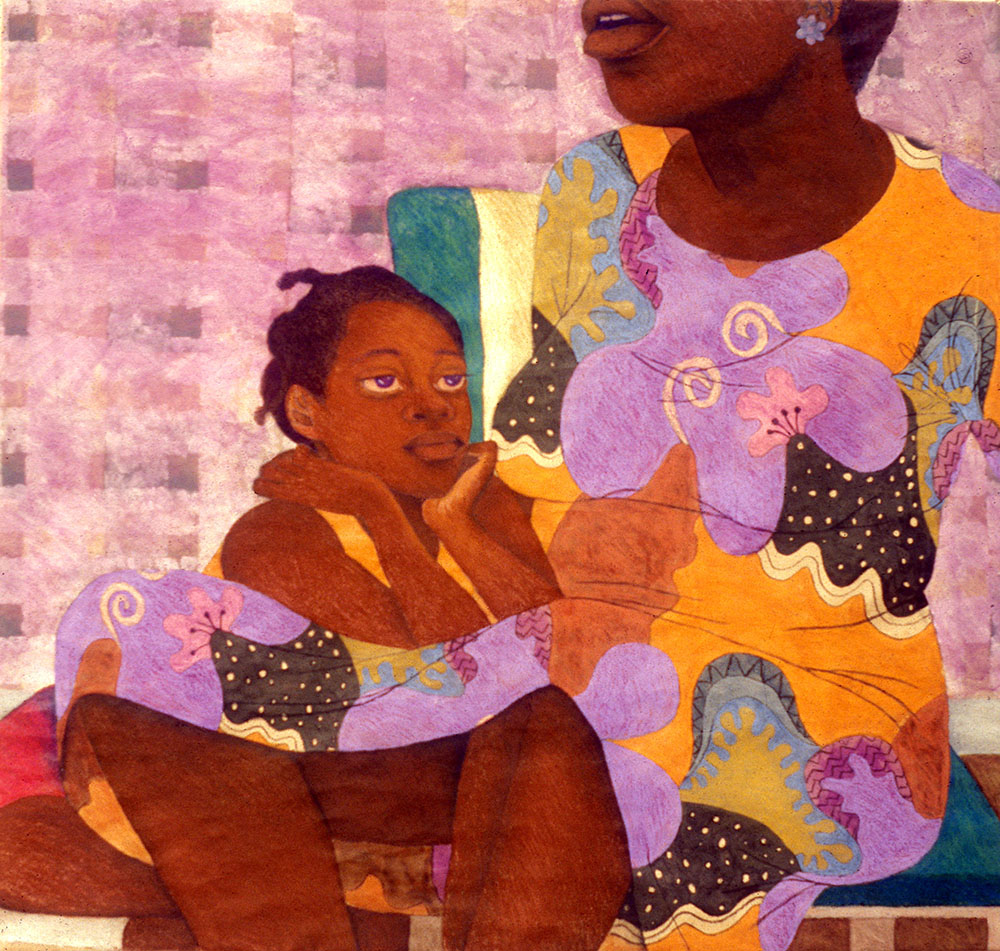 Earlier this year, Sonia Boyce won the prestigious Golden Lion at Venice Biennale for her work, Feeling Her Way and she became the first black woman to represent the UK. Boyce was interviewed as part of our documentary series, State of the Art, originally produced for Channel 4 in 1985 and recently released on our Illuminations YouTube channel.

Sonia Boyce first came to prominence during the 1980s and her early work used chalk and pastel to make drawings of her friends, family and herself, and which can be seen in State of the Art as she explains her art, including the featured painting, She Ain’t Holding Them Up, She’s Holding On (Some English Rose).

Boyce’s work since the 1990s has focussed on collaboration, with particular attention on improvisation and spontaneous performance using mixed media. Indeed, Feeling Her Way was produced with five black female musicians who were invited to improvise, interact and play with their voices, sometimes harmonising, sometimes clashing. The video of their performances is intertwined with Boyce’s signature tessellating wallpapers and golden geometric structures featured in the exhibition.

As well as being an artist, Boyce is also Professor of Black Art and Design at University of the Arts London. Her research work focuses on art as a social practice and the critical and contextual debates that arise from this area of study.

State of the Art, in particular, episode 6 Identity has had quite the afterlife over the past 37 years. Alongside early interviews with Sonia Boyce and Lubaina Himid, the documentary also contains one of the few interviews with Jean-Michel Basquiat and one of the last filmed interviews with Andy Warhol, who died following year. The Basquiat footage has been seen in numerous TV shows, films, and documentaries, and also found it’s way into a Jay-Z music video, 4:44.