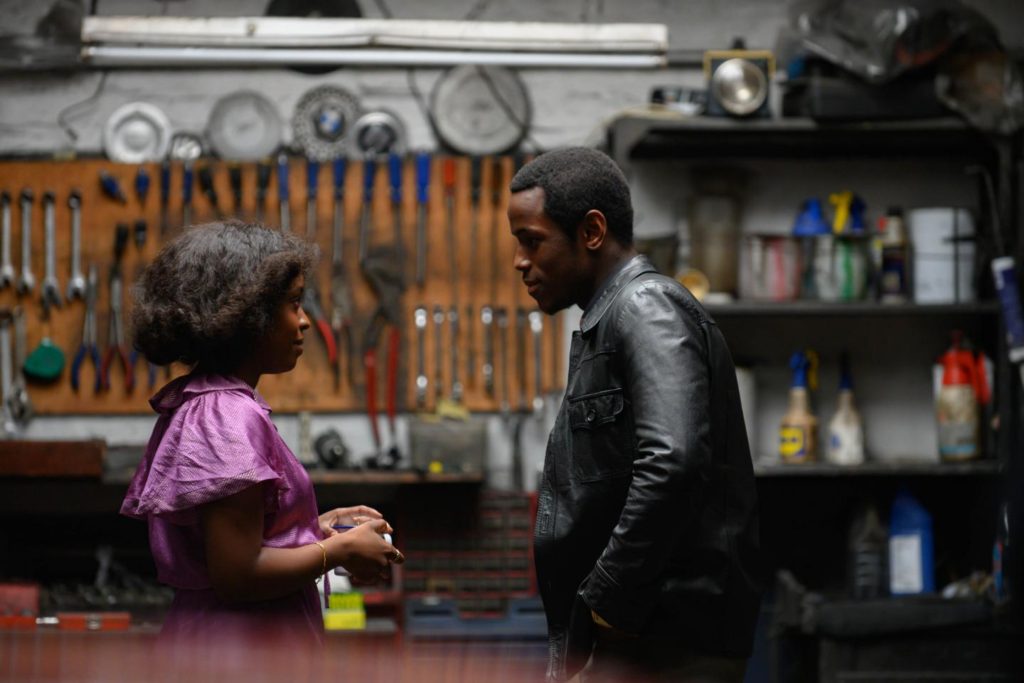 • Great beyond: the borders of cinephilia: for Reverse Shot, Michael Koresky and Jeff Reichert introduce a developing series of essays responding to this challenge: ‘We asked them to select and re-watch a film that was formative for them as they emerged into cinephilia and which hails from a country different from the one in which you were raised.’ Those posted so far include Imogen Sara Smith on Mikio Naruse’s Yearning (1964) and Koresky himself on Zhang Yimou’s Raise the Red Lantern (1991).

• Reuse, Misuse, Abuse: a conversation with Jaimie Baron: for Film Quarterly Bruno Guaraná speaks with the author of an important new study of the ethics of moving image appropriation.

• fin: ‘Carol Morley on whether this is the end of cinema as we know it’, for Tortoise Media.

• The streaming future is already here for the movie business: for his Buffering newsletter via Vulture, Josef Adalian offers an excellent overview of where we are and where we’re going.

• The future of performance post-pandemic: Late Junction’s exemplary host Jennifer Lucy Allen for Container Magazine on ways in which musicians and venues have endeavoured to respond to the past nine months

• A lost Orson Welles TV pilot that’s as ground-breaking as Citizen Kane: Richard Brody for The New Yorker introduces The Fountain of Youth, a half-hour TV pilot from the early 1950s [which can be viewed on Youtube here] – I first saw this at an American Film Institute video festival in the mi-1980s and it has stayed with me ever since – it really is as remarkable as Brody suggests.

• ‘Everyone’s a nerd about something’ – inside the world of TV superfandom: a lovely, eye-opening essay for Rolling Stone about Homeland obsessives by Rachael Horovitz.

• This is a simply gorgeous thread from Otto Saumarez Smith:

• Cold comfort forms – the plein-air painters who braved the winter: Anthea Callen for Apollo with some beautiful images by Alfred Sisley, Claude Monet and more.

• My life in cars: a fine, funny memoir cast as a love letter to automobile advertising, from Bruce McCall as excerpted in The New Yorker.

• Luke Engle­back, son of post­war archi­tect, Nor­man Engle­back reflects on the design leg­acy of his fath­er on Lon­don’s South Bank: from the Illuminated River blog (which also has other terrific posts), with fascinating detail on the design of the Queen Elizabeth Hall, the Hayward Gallery and the National Film Theatre, including this…

• Process, product and practice – our approach to collecting photography: Science Museum curator Geoff Belknap reflects on his institution’s current thinking – really good on thinking about images and working with archives: ‘The history of photography is, in many ways, a history of loss.’

• A happy ending for King Lear? Trauma of plague caused Shakespeare to change play’s finale: Vanessa Thorpe for the Guardian speaks with RSC Artistic Director Gregory Doran about the plague and Shakespeare’s tragedy, trailing his BBC Radio 4 documentary A Plague on All Our Houses on 17 December.

• Head in an iron safe [£ but limited free access]: perfect holiday reading – David Trotter on Charles Dickens for LRB, by way of a review of The Artful Dickens: Tricks and Ploys of the Great Novelist by John Mullan.

• And while we’re with Dickens, I enjoyed this thread a great deal…

• Clarice Lispector – madame of the void: at The Paris Review, Katrina Dodson introduces her translation of José Castello’s 1999 tribute to the singular Brazilian writer, and posing these questions:

What is it that Clarice wrote? Is it literature, or does it partake of some other force, whether witchcraft or philosophy, connected to her singular talent for turning language inside out, as the French feminist theorist Hélène Cixous asserts? Why does Clarice inspire a kind of mutual possession with her reader?

• Reading for Queerness with Christine Varnado: ‘What is queerness and how can it help us read texts from different time periods?’ This is a fascinating a bit lit film (and there are a hundred more on the website) with Callan Davies talking with the author of Shapes of Fancy: Reading for Queer Desire in Early Modern England. [Note that I did have this as an embed from Youtube, but something is going wrong between YT and WordPress, which I need to investigate, so do please click on the heading.]

• Book Review — This Is Not Normal: The Collapse of Liberal Britain by William Davies: Sean Kippin on the LSE Blog with a short, positive review of a major study published by Verso (and which I’m halfway through at present).

• The future of liberalism: a major essay for Prospect by Timothy Garton Ash – demanding but immensely worthwhile:

Great writers and rhetorically gifted leaders will then be called upon to blend this into a narrative more emotionally appealing than those with which demagogic terribles simplificateurs are currently seducing millions of unhappy hearts. This will be a liberalism of fear (in Judith Shklar’s celebrated phrase) but it must also be a liberalism of hope. As in a double helix, fear of the human barbarism that can always return will be intertwined with hope for a human civilisation that we partly have, and of which we may yet build more.

• ‘This must be your first’ [£ but limited free access]: one of two essential Atlantic essays this week, this one is by Zeynep Tufekci about the importance of recognising contemporary events in the States as an attempted coup…

• How Biden should investigate Trump [£ but limited free access]: … and this is the second, by James Fallows.

• Brexit: was it worth it?: perhaps the one piece on this subject to read this weekend (if you’ve not done so already – it’s been widely shared) is Ed West’s wry, funny and honest reflection on Unherd.

• 64 reasons to celebrate Paul McCartney: this by Ian Leslie is as good as everyone has said it is.

• Can Substack CEO Chris Best build a new model for journalism?: Nilay Patel for The Verge (both as audio and text); as Jay Rosen Tweeted, ‘This looks like an interview with a startup founder. Stick with it. It’s really an inquiry into what makes a company a media company.’

• R.I.P. Charley Pride — ‘Is Anybody Goin’ To San Antone?’, from The Marty Stuart Show – and read David Cantwell for The New Yorker in 2019, ‘What country music owes to Charley Pride’.