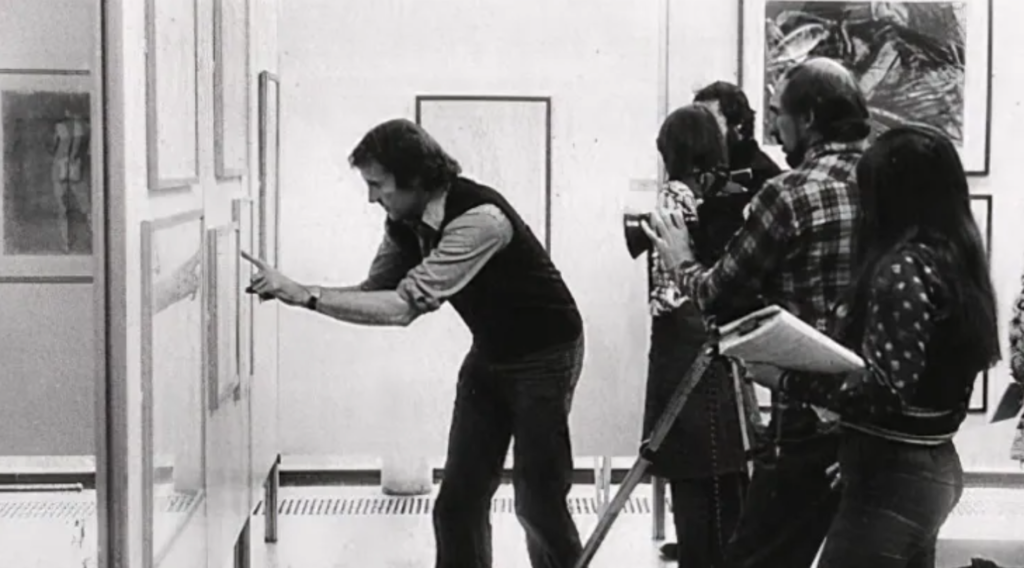 • Paul’s Animatograph Works: … and this is the moment also to celebrate the very fine, continuing blog by Ian Christie, author of the recent exceptional study Robert Paul and the Origins of British Cinema.

• Walter Booth in Muswell Hill: a new glorious and wonderfully illustrated essay by Roland-François Lack for his blog The Cine-Tourist about the magician and showman who worked for seven years for Paul at the start of the twentieth century.

• Notebook primer – Carole Lombard: a terrific essay by Jeremy Carr for Mubi.com about the Hollywood star who died at the age of 33 in 1942.

• The ‘exaggerated colours’ of Black Narcissus (1947 and 2020): scholar Sarah Street is definitely the person you want to compare the visuals of recent BBC adaptation with the classic Powell and Pressburger film, as she does rather brilliantly in this post for The Eastmancolor Revolution and British Film, 1955-85.

• Louise Linton has made a movie: I promise you that this piece by Brooks Barnes for The New York Times about a movie made by the wife of the departing US Treasury secretary will be among the three two most bizarre articles you read today.

• Live TV production – comparison of angles, perspectives and cuts – UK & USA: I found this rather compelling (and am disappointed I can’t embed it), comparing a studio presentation of a Dua Lipa number by The Graham Norton Show and by Saturday Night Live – I’m not sure that the analysis by bungeecork is generalisable but it certainly made me think.

• Image conscious [£ but limited free access]: Jasmine Sanders with a rich and surprising essay for Artforum about a style ‘that came to be known as the Black Romantic: representational, mixed media, superlative in its sentimentalism and in an unambiguous race pride owed to a glamorized, monarchical African past.’

• Inside the order is always something wild: Elizabeth Alexander is great for The Paris Review on the great paintings of Lynette Yiadom-Boakye, on view at Tate Britain whenever it re-opens:

• Prêt-à-partir: a fascinating little remembrance by Jeremy Harding for the LRB blog about working to help rebuild the Marquis de Sade’s chateau above Lacoste which was bought in 2001 by Pierre Cardin who has just died (the connections make sense if you read the piece).

• What we found in Robert Caro’s yellowed files: I loved this piece by Dan Barry for The New York Times about accessing the papers of the famed biographer.

• Brave new world: a new year, and a new title – Brexit & Beyond – for Chris Grey’s exceptional and essential blog, to which he contributes this week simply one of the most incisive and revealing articles about Brexit that you’ll have read.

• The American abyss: there’s a lot of exceptional journalism about the events in Washington DC this week, but this magisterial essay by historian Timothy Snyder for The New York Times Magazine is perhaps the most essential read this weekend.