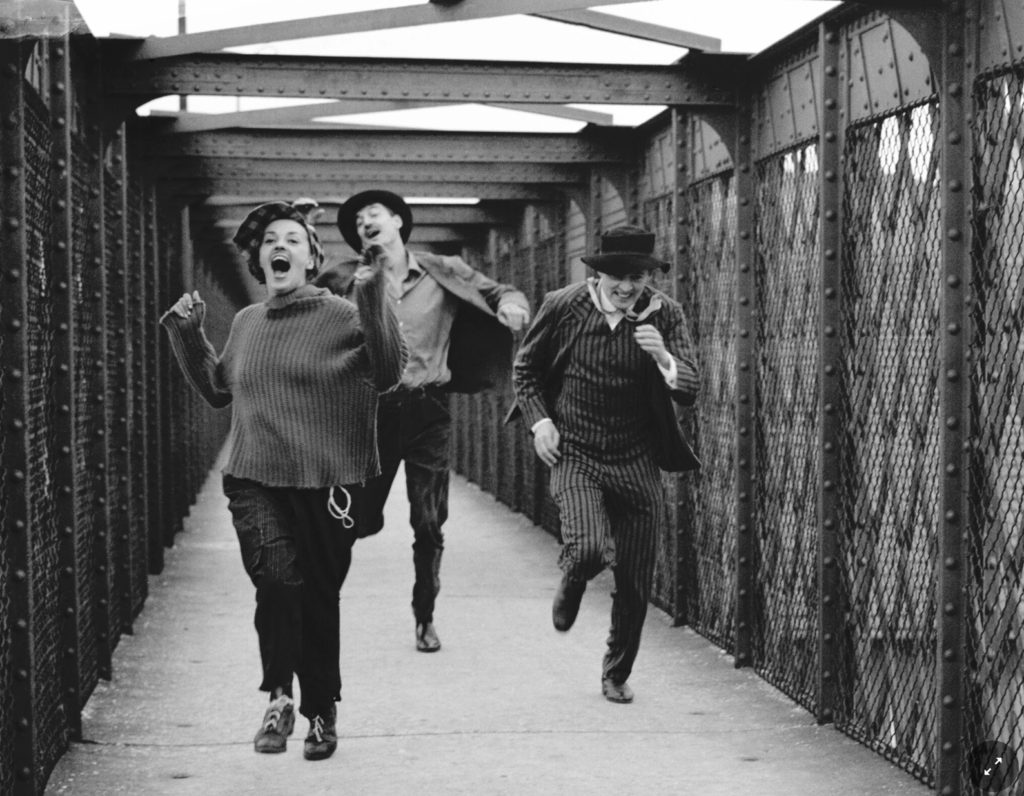 • Historical film colors – a guest entry by Barbara Flueckiger: a compendious and rather glorious Observations on film art post, with amazing illustrations, by the professor at the University of Zurich who oversees the essential Timeline of film colors website.

• Terrence Malick’s The Thin Red Line: the traumatic and poetic journey into the heart of man: Sven Mikulec and the essential Cinephilia & Beyond present one of their in-depth collections about a movie, in this case (and complete with the full screenplay and storyboards) the overwhelmingly brilliant combat film released in 1998.

• In defence of Adam Curtis: Julian Duane with an acute comparison for Tribune:

Curtis calls what he does ‘journalism’, but it owes most to a particular style of American novel. He has mentioned John Dos Passos as an influence, and there’s clearly an affinity with the collagic, cut-up style of his U.S.A trilogy. Combining straightforward narrative fiction, stream-of-consciousness autobiography, and snippets of news articles, popular songs, and biography of public figures, Dos Passos attempted to portray the USA’s social development in a total fashion, from what happened inside people’s heads to much wider changes in how people worked and lived.

• All eyez on me – Adam Curtis’s Can’t Get You Out of My Head: … and Ryan Meehan is excellent for Mubi Notebook:

For all that his work resembles a Situationist’s critique of the society of the spectacle… Curtis retains a modernist’s sense of film’s integrity as a delivery system for information, and possibly even a program for action, that does not cling to the didacticism of neoliberal aesthetics. In these moments, his montage unfolds with an intoxicating ambiguity—as if the mixture of good and evil, past and future, dream and reality, and the concomitant sense of danger, not just to oneself but to one’s movement, is the feeling that one must necessarily pass through in order to reach another kind of world

• Video in demand? The nostalgic appeal of VHS: Will Wiles is good for Apollo on the lost technology, its specific aesthetic and the preservation problems it poses.

• Towards a late modernist theater: a fascinating scholarly essay for Modernism/modernity by Lauren Arrington about the Group Theatre in London in the 1930s, Ballet Rambert, Yeats, the 1934 Volta Conference and more.

• No ideas, but in things [£, but limited free access]: for TLS, Joyce Carol Oates on Svetlana Alpers on Walker Evans – great all round.

• Gossip, sex and social climbing – the uncensored Chips Channon diaries: I think I can forego reading the three new volumes of Sir Henry Channon’s diaries, but I got a lot of pleasure from Rachel Cooke’s Guardian interview with their editor, Simon Heffer.

• George Saunders and the art of keeping the reader reading: Chris Power for New Statesman is a delight on Saunders’s wonderful book A Swim in a Pond in the Rain, which is about the Russian short story, and writing and reading and life and everything.

• Lunch Poems: Lawrence Ferlinghetti: the man himself, reading at UC Berkeley in 2006:

• Rock of ages – how chalk made England: a terrific Guardian Longread by Helen Gordon, full of good stuff about ‘soft rock’ geology, including from Andrew Farrant: ‘The English Channel is really a minor thing. It’s the same deposit basically, so there’s no Brexit with the chalk.’

…and while we’re with history, this is a great thread…

• What the Trump era taught me about covering politics: lots of smart thoughts here, with applications for us this side of the pond, from Perry Bacon Jr. for FiveThirtyEight.

• How social networks got competitive again: Casey Newton for his Platformer newsletter on ‘the weird new landscape’ that now features TikTok, Clubhouse, Substack, Dispo and more, and the challenges that they pose to Facebook.

• American idle: a truly remarkable discussion of TikTok, ‘focused primarily on the network effects of creativity’, by Eugene Wei at his Remains of the Day blog.

… every time one of these jazz fusion grandees dies or retires, it feels as though we’ve lost access to a brain of broader than normal capacity. In their natural tendency to think across disciplines and intellectual boundaries, they remind me of those 17th-century scientists who thought art and science and philosophy were all the same thing. Which may be over-egging it. But if you haven’t heard Chick Corea, I’d urge you to give him a try.