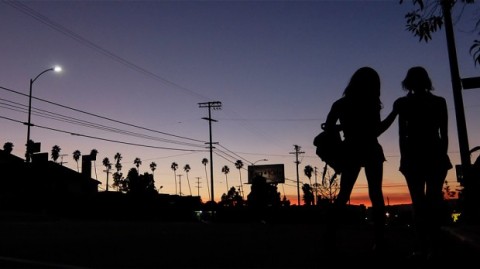 Interesting things from the past week and more, with sincere thanks as well as apologies to those who pointed me towards some of them, and who I have failed to acknowledge below.

• Grammys 2015: transcript of Bob Dylan’s MusiCares Person of Year speech: Wow! Do read this. (As reported by Randall Roberts for the Los Angeles Times).

• Principle drift: Russell Davies on what the BBC is getting wrong about digital.

• Go digital by all means, but don’t bring the venture capitalists in to do it: Cory Doctorow for the Guardian on the irreducible importance of public service being the bedrock of the BBC (and more).

• Why no one is celebrating the 100th anniversary of the feature film: Godfrey Cheshire for Vulture on D. W. Griffith’s The Birth of a Nation, which premiered a century ago this week.

• The getting of rhythm – room at the bottom: David Bordwell writes on Lea Jacobs’ new book, Film Rhythm after Sound: Technology, Music, and Performance, with a great selection of related clips at University of California Press (click audio/video tab).

• Book excerpt – Mise en scène and film style: from classical Hollywood to new media art by Adrian Martin: close analysis of a scene from Otto Preminger’s Anatomy of a Murder (1959), courtesy of RogerEbert.com.

• Every Man for Himself – themes and variations: Amy Taubin for The Criterion Collection on Jean-Luc Godard’s 1980 film.

• Tangerine team on capturing the look and feel of their iPhone-shot Sundance hit: Dan Mecca for The Film Stage talks with the makers of a new movie shot (above) entirely on iPhones: ‘So Sean [Baker, director] called Radium Cheung, who’s Sean’s DP, and he’s like ‘Radium we’re going to shoot this movie on iPhones.’ And Radium was like, ‘Fuck, Right?’

• Toon of the month – You Look Like Me: Chris Robinson for Sight & Sound introduces the latest short film from veteran Canadian animator Pierre Hébert, which can be seen here:

You look like me from Pierre Hebert on Vimeo.

• Moscow – night at the museum: a terrific report on cinephilia in Russia by Daniel Witkin for Reverse Shot.

• How much creative liberty can a theater director take?: German director Frank Castorf versus the Brecht estate, reported on by Sabine Damaschke for DW.

• German theatre, the old, and the now – Theatertreffen troubles: Holger Syme on the declining interest in the classics in German theatre.

• Why are we obsessed with the Nazis?: fascinating essay by Richard J. Evans for the Guardian about the historiography of Nazi Germany.

• Into the underworld: I just caught up with this wonderful Iain Sinclair essay for London Review of Books about what lies beneath.

• My Dad, the pornographer: surprising, touching family history by Chris Offutt for The New York Times.

• What is an @uthor?: musings on writers and readers and critics and the digital world by Matthew Kirschenbaum for Los Angeles Review of Books.

• R U there?: Ruth Gregory for The New Yorker on counselling by text message.

• I turned the caps locks on for a week and everybody hated it: Kashmir Hill for Fusion: ‘On Twitter, broadcasting widely, my caps usage just seemed eccentric, but in one-on-one conversations the sudden shift conveyed rage.’

• Why I’ve found that online communities on media sites always seem doomed to fail: lessons learned by Martin Belam from communities created for the Guardian and the BBC.