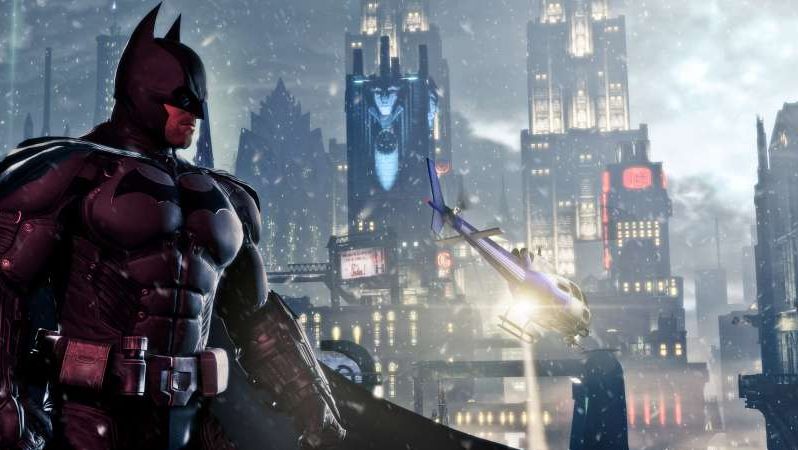 As I fly back to the UK through multiple Sunday timezones, here are links to articles and videos that I have found interesting or stimulating over the past seven days. Thanks as usual to those who have pointed me towards some of them, via Twitter and in other ways, and apologies for the absence of appropriate name-checks.

• Wide Screen – Videogame Adaptation: pride of place needs to go to an open access special journal issue guest edited by my friend Kevin Flanagan; this is a collection of articles (delivered as .pdfs) concerned to apply some of the concerns and methodologies of adaptation studies a wide array of videogames. There’s a stimulating introduction and then (individually linked) pieces on self-reflexivity and The Stanley Parable, 2013; 8-Bit Cinema‘s versions of Hollywood blockbusters; Jay Bolter and Richard Grusin’s theory of remediation as applied to Playstation 2 games; theme parks in videogames; Los Angeles and LA Noire, 2011; and Gotham City and the Batman: Arkham series (above). And, although you’re probably among the half million viewers of this on Youtube, to pique your interest here’s 8-Bit Cinema‘s adaptation of Titanic:

• Kinoplastikon: Picturegoing highlights a remarkable report from The Bioscope in 1913 about a means of showing coloured motion pictures, with sound, in stereoscopic relief.

• Oof! Out!: David Bordwell on the research and writing of his forthcoming book Reinventing Hollywood: How 1940s Filmmakers Changed Movie Storytelling.

• Les Fins de Godard: a loving and lovely post from The Cine-Tourist about the typographic ways in which Jean-Luc has ended his films.

• Portrait(s) of the exiled artist – the how and why of Peter Watkins’ Edvard Munch: Joseph Gomez for Sight&Sound on the making of Watkins’ extraordinary film about the painter.

• At the Centre Pompidou: Jeremy Harding for London Review of Books on the Beat Generation on exhibit in Paris (until 3 October).

• After her son’s death, Sally Mann stages a haunting show: Hilarie M. Sheets for The New York Times on the photographer and the loss of her eldest son, Emmett, and on photographing in her friend Cy Twombly’s studio.

• Publish or be damned: an editorial at The Burlington Magazine on the importance of scholarly publishing for the discipline of art history – and for the rest of us.

• The text is foolish – Brian Vickers’s The One King Lear: for LA Review of Books Holger Syme (re-)considers the Harvard University Press publication that he notoriously responded to on Twitter in the summer, and finds it to be

a volume riddled with basic methodological errors, factual blunders, conceptual non-sequiturs, and vituperative ad hominem attacks. It is a book that should never have been printed in its present form.

• Young Hamlet: at the TLS Rhodri Lewis close reads the gravedigger scene and muses on the age of the Prince.

• The real challenge facing Arts Council England’s leaders: others are saying this too, but Robert Hewison for Apollo puts his finger on the key cultural question of the coming years:

The government’s Taking Part survey shows that those who really benefit from the arts dividend – that is, those who take part more than once or twice a year – are a minority, and an educationally and socially privileged one at that. The recent referendum shows what a gap there is between those who have access to and enjoy the arts, and a larger group, in all classes, who seem resentful.

• A return to print? Not exactly: useful analysis of the state of e-books from Justin Fox at BloombergView.

• Can we outsmart the smart city?: Adam Greenfield reminds us that ‘data is never just data’, here in relation to ideas of the smart city; from Reading Design.

• David Irving sticks to his script: Liam Hoare, in a fascinatingly detailed piece for Moment, revisits the 2000 libel trial in which the historian was found to be ‘an active Holocaust denier’.

• The love-hate relationship between Ireland and Britain: a fine Fintan O’Toole essay for The Irish Times.

• US politics – as low as it gets: Jonathan Freedland for the New York Review of Books:

In Britain, there were enough people left behind to win the Brexit referendum. In the US, it seems they will fall short. But the first challenge of the next president will, surely, be to ensure that their anger does not go unheeded.

• Fear of a female President: for The Atlantic, Peter Beinart is very good on Hillary, misogyny and the fear of emasculation.