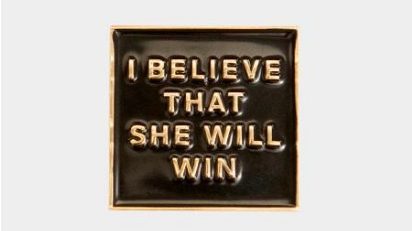 To start Sunday links, this…

• My vote: Roger Angell for The New Yorker.

• The road ahead: Kirk Douglas for The Huffington Post.

… and this, from Joss Whedon and friends (which you’ll have seen but which is just as good on repeat viewings).

Now… the usual weekly offering of links to articles and videos that I have found interesting or stimulating over the past seven days. Thanks to those who have pointed me towards some of them, via Twitter and in other ways, and apologies for the absence of appropriate name-checks.

• It’s all over, until the next time: David Bordwell argues – brilliantly – that the death of cinema has been greatly exaggerated.

• The six fonts of Cameraperson: a strikingly original analysis of Kirsten Johnson’s film by Charlie Lyne for Filmmaker.

• A lonesome schoolboy – the rhetoric of the non-place in Cocksucker Blues: a brilliant piece by Frank Verano for Movie Mezzanine about Robert Franks’ little-seen Rolling Stones documentary.

• Looking back on 60 years of Australian television: having recently been in Brisbane, I especially enjoyed this anniversary retrospective article by Neil McMahon for The Age.

• Inside the final days at Roger Ailes’s reign at Fox News: compelling close-up reporting by Sarah Ellison for Vanity Fair.

• Adam Curtis’ new film HyperNormalisation to premiere on BBC iPlayer this October: this is the BBC press release, announcing the date as 16 October, and this is the trailer…

• Slim Aarons: Women review – lives of the rich and famous: another very good (and exceptionally well illustrated) photography essay from Sean O’Hagan for the Observer.

• The politics of pockets: a totally surprising read at Racked by Chelsea G. Summers about the history and meanings of pockets.

• Images: (Part 2) ~ Surprise view: … and now a second from him about serendipity and more in searching for images.

• How the Labour coup failed: Jim Waterson for Buzzfeed is very good on the digital aspects of the Corbyn campaign.

• The best ways to deal with the refugee crisis: an important piece by David Miliband for New York Review of Books:

The long-standing humanitarian aid system was designed for a world where wars between states displaced refugees for short periods of time into refugee camps before they did go home. Today none of these assumptions hold.

• Brangelina is dead; long live Angelina: the only piece you need to read on the topic, by Anne Helen Petersen for Buzzfeed.

• From the Inside out: for London Review of Books, Jacqueline Rose reviews The Lesser Bohemians by Eimear McBride.

• Bruce Springsteen calls Donald Trump a ‘moron’: it’s only the shortest extract from a forthcoming Rolling Stone interview, but it bears being highlighted:

Well, you know, the republic is under siege by a moron, basically. The whole thing is tragic. Without overstating it, it’s a tragedy for our democracy.

• Light is Calling: a short film by Bill Morrison, made in 2004 and published to Youtube earlier this year:

Image: ‘Believe in Hillary’ pin available here, where it is described as ‘the perfect accessory for any power pantsuit’.