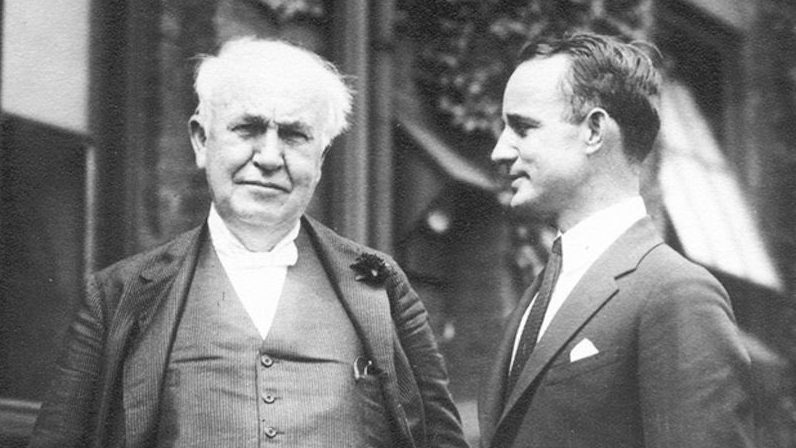 I failed to post the past two Sunday links, and nor have I contributed general entries across the past three weeks. Although it’s no excuse it has been an exceptionally busy time for the company, mostly because we have been preparing a new performance recording which will be announced shortly. We got the first part of that in the digital “can” yesterday, and can now start to breathe again. I also spent a few days in Paris and I go to Munich tomorrow.

But it’s back to the blog today, with notes on my travels to come next week, together with exciting news of our latest DVD release, Richard II. For now, here is an extended edition of Sunday links (to be created through today), accompanied by the usual apology for not crediting those who brought many of these great articles and videos to my attention. And I don’t see how I can avoid starting with a handful of Trump-related pieces; if nothing else the crisis in the States is prompting some exceptional writing (and I make no excuses for including several pieces from New York Review of Books).

• Trump – the choice we face: a fascinatingly personal NYRB piece by Masha Gessen about compromise and resistance and the way forward.

Civil rights are now on trial, though before we can fight to reassert the march toward equality, we must regain control of the truth. If that seems melodramatic, I would encourage you to dump a bucket of ice over your head while listening to ‘Duel of the Fates’. Donald Trump is our President now; it’s time to wake up.

• The dangerous myth that Hillary Clinton ignored the working class: Derek Thompson for The Atlantic.

• Why Time’s Trump cover is a subversive work of political art: a brilliant close reading by Jake Romm for Forward.

• On optimism and despair: Zadie Smith’s talk given in Berlin on November 10 on receiving the 2016 Welt Literature Prize.

• Treasures from American Film Archives: a new freely accessible online edition from the National Film Preservation Foundation of their wonderful DVD edition, originally released in 2000; there are many wonders here, including Demolishing and Building Up the Star Theatre, 1901, and the USIA’s The Wall, 1962.

• I abject: the not-so-simple propaganda of Veit Harlan’s Jew Suss: a fascinating analysis by Brad Stevens for Sight & Sound of the 1940 drama.

• The elements of style: Dennis Lim for Bookforum on Robert Bresson’s Notes on the Cinematograph, ‘a book to be read in an afternoon and pondered for a lifetime.’

• The one thousand and one nights of Raúl Ruiz: a lovely tribute to the filmmaker by Ethan Spigland for Film Comment:

Paradoxically, almost miraculously, this cinema—which pushes the disruption of narrative coherence to its limit, to the point where nothing can be taken at face value, where the background of every image is another image—nevertheless succeeds in engaging and enchanting us.

• Even today there are people who think these harmless little books are dangerous: an interview with David Bordwell: a very good conversation with the great film critic conducted by Malte Hagener for the online journal NECSUS.

• Roots of public broadcasting can be found in Wisconsin’s vision: Jack Mitchell for Current on the beginnings of America’s public service broadcasting networks.

• Drama on 3: Autumn Journal: you have just 23 days to listen to Colin Morgan reading Louis MacNeice’s great poetic testament of life in 1938, written against the backdrop of the Munich Agreement, the fall of Barcelona and Britain’s preparations for war.

• ‘Nervous’ Patti Smith forgets Bob Dylan lyrics: I can’t embed this, but this is where to find the performance at the Nobel ceremony…

• Hamilton isn’t the only show standing up to Donald Trump: US theatre’s response, reported by Louis Peitzman for Buzzfeed.

• In a time of many questions, literary journalism provides an answer: Lee Siegel for Columbia Journalism Review on media in the age of Trump.

• At the Royal Academy: T.J. Clark for London Review of Books on the James Ensor exhibition is about as good as critical writing gets.

• The world according to Stanisław Lem: a terrific essay by Ezra Glinter for Los Angeles Review of Books about the Polish author too easily pigeon-holed as ‘a science fiction writer’.

• Invisible images (your pictures are looking at you): an eye-opening essay by Trevor Paglen for The New Inquiry.

• The university of YouTube: the medium, the user, photography and the search for really useful knowledge: a fruitfully provocative text by Andrew Drewdney for unthinking photography.

• The Class: Living and Learning in the Digital Age: open access online edition of a new study by Sonia Livingstone and Julian Sefton-Green for NYU Press:

This book is about a class of 13- to 14-year-olds at an ordinary urban secondary school in London, England, over the school year 2011–2012. It is a tricky age, difficult for parents and teachers and for the young people themselves. What do young people want, how do they see the world, and how do they find a path through the opportunities and constraints they face? […] To throw some light on the many competing claims about youth today, this book asks, What matters to them? How do they approach life at home and school? Is it really a matter of “all change” in the so-called digital age? What vision of the future do they think their parents and teachers are preparing them for?

• Google, democracy and the truth about internet search: an essential read by Carole Cadwalladr for The Observer.

• Breaking the silence: how the VR industry mirrors the early days of the silent film era: there’s a more detailed analysis to be done than Eric Liga supplies for Upload, but it’s a decent start to a fascinating conversation; see also…

• 360 VR is not ready for prime time: Charlie Fink for CinematicVR.

• All-American huckster: a glorious long essay by Paleofuture’s Matt Novak on the early 20th century scammer Napoleon Hill; the lead image is a photo of Thomas Edison with Napoleon Hill after Hill presented Edison with an award that Edison later returned.

• Fly over Mawrth Vallis: an astonishing video from the European Space Agency “flying” over a specific area of the surface of Mars; background here from Amelia Heathman at Wired.