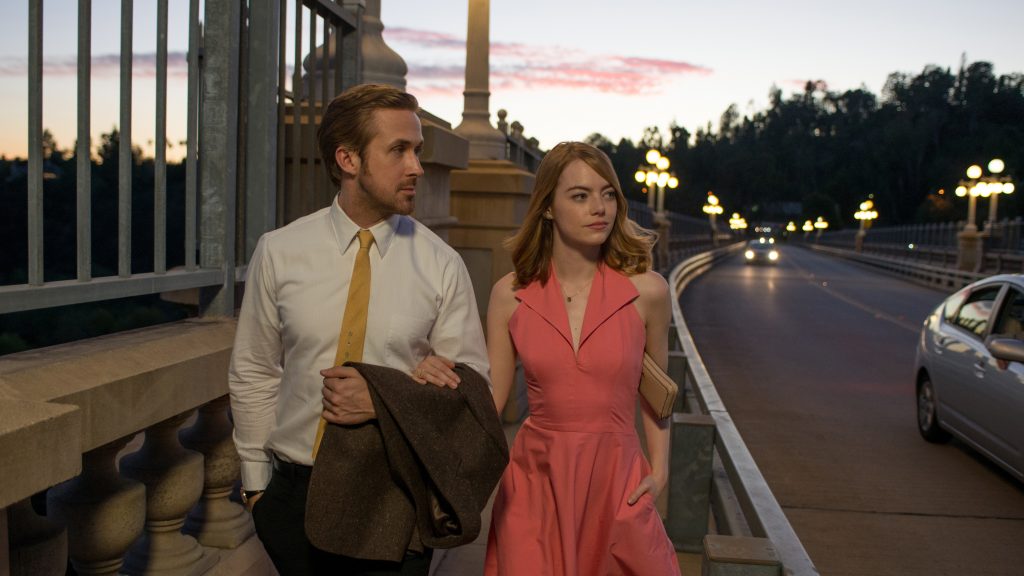 Since I have failed for the past two Sundays to compile a list of links to things that have interested or intrigued me recently, let us begin today’s (acknowledging the usual thanks to those who have alerted me to many of these) with a couple that take on the burning cultural question of the day. Whether the movie wins big or not tonight at the Oscars, what after all the fuss do we think of La La Land (above)?

• Love La La Land? Hate it? So do we: smart back-and-forth with the culture staff of The New York Times.

• La La Land deserves its 14 Oscar nominations for asking us, quite simply, to feel: Rebecca Harrison is very good on the movie for The Conversation.

• The empty exertions of La La Land: the estimable Richard Brody for The New Yorker is among the most (cine-)literate of those who are anti-.

• La La Land and the Hollywood film musical: smart thoughts by Steven Cohan at the OUPblog.

• How La La Land is made: David Bordwell is predictably excellent on how the film ‘accords with the craft of studio musicals’…

• La La Land – singin’ in the sun:… and for further thoughts then David Bordwell gave over the ‘Observations on film art’ to three colleagues: Kelley Conway, Eric Dienstfrey and Amanda McQueen.

• La La Land’s inevitable Oscars win is a disaster for Hollywood – and for us: contrarian David Fox for the Guardian. 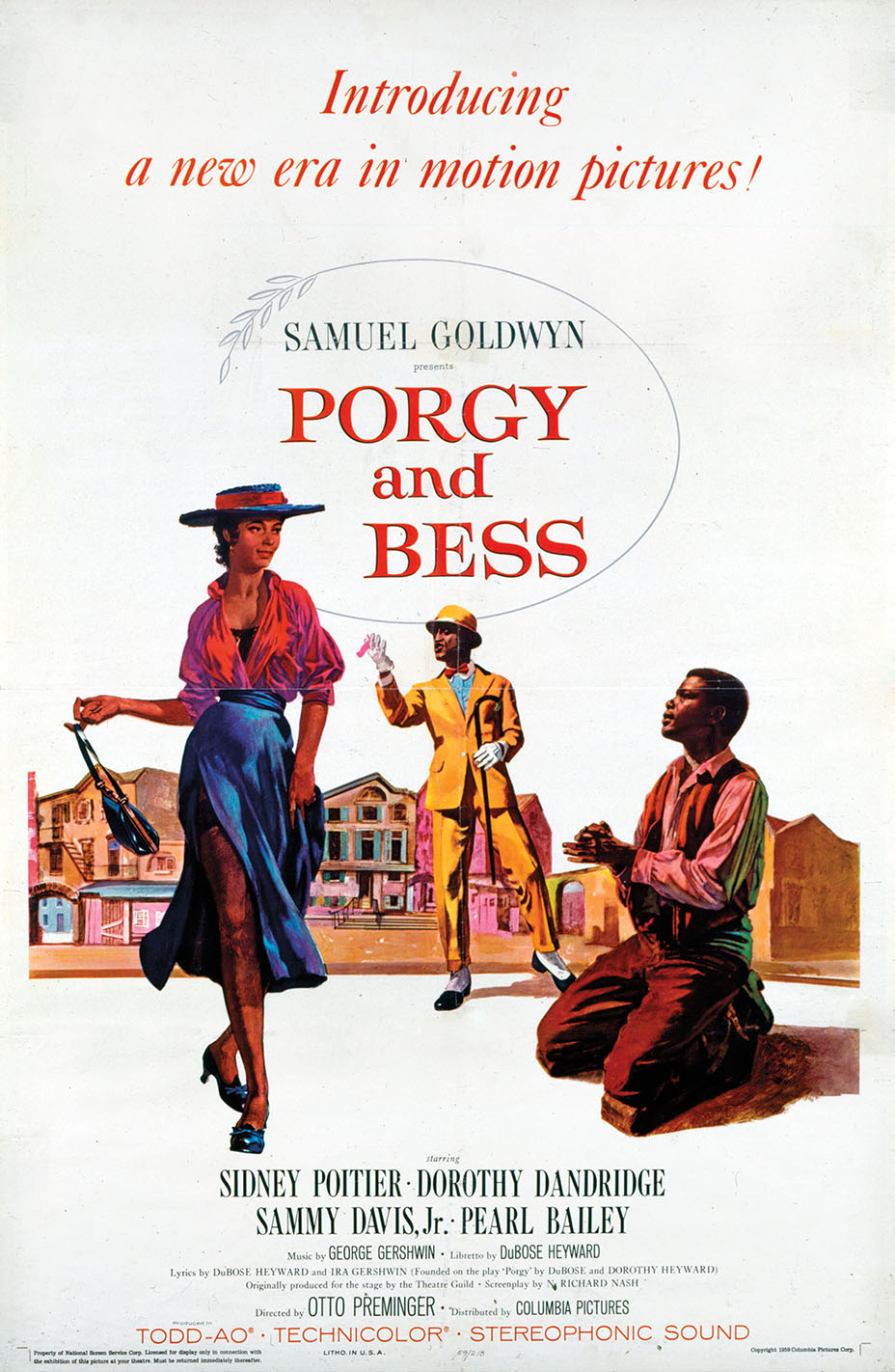 • David Geffen, Samuel Goldwyn and the search for the “Holy Grail” of missing movies: a fascinating article by Kim Masters for The Hollywood Reporter about the unavailability of the 1959 film version, directed by Otto Preminger, of George Gershwin’s Porgy and Bess.

• Herr Fassbinder’s trip to heaven: a meaty excerpt from a biography of the German director, This Young Monster by Charlie Fox, available from Fitzcarraldo Editions.

• How John Berger gave us new ways of seeing Hollywood cinema: for Sight & Sound, Brad Stevens on the ways in which the late critic’s work is important to film studies.

• Katkin Tremayne – ‘Dad would climb over people to get his picture’: lovely Guardian interview by Kate Kellaway with the daughter of photographer Roger Mayne, an exhibition of whose work at The Photographers Gallery from 3 March I am eagerly anticipating.

• The Electrophone – a precursor of pay-per-view: a snippet of media archaeology courtesy of the BT Archive and the Telegraph, with a couple of great pictures of the early 20th century British system for broadcasting over telephone wires.

• Adventures with Dimbleby: a terrific online ‘reprint’ by Transdiffusion of a 1955 article by Stephen McCormack about working on the early television series London Town and About Britain; from The Television Annual for 1955, published by Odhams Press and edited by Kenneth Baily.

• The Sunday Post – David Rose: Andrew Martin at the BBC Genome Blog remembers one of the most significant figures in British television drama, who died at the end of January.

• Women and TV comedy – a tribute to Mary Tyler Moore: a special edition of the online journal Flow that includes a bunch of great articles, including Jane Feuer’s recollection ‘My life with Mary: remembering The Mary Tyler Moore Show‘.

• The radical argument of The New Oxford Shakespeare: Daniel Pollack-Pelzner for The New Yorker on the argument of the new critical edition, which is in part that

…the canonization of Shakespeare has made his way of telling stories—especially his monarch-centered view of history—seem like the norm to us, when there are other ways of telling stories, and other ways of staging history, that other playwrights did better. If Shakespeare worshippers have told one story in order to discredit his contemporary rivals, the New Oxford is telling a story that aims to give the credit back.

• Jean-Luc Godard, Anna Karina, and the romance of crime in Band of Outsiders: David Ehrenstein for Library of America looks at the ways in which Godard’s 1964 transformed Dolores Hitchens’ novel Fools Gold – and of course you can never see this too often:

• One of the world’s rarest films just showed up on YouTube: at The AV Club Ignatiy Vishnevetsky highlights the sudden appearance of the long-unavailable 1955 Godard short Une Femme Coquette (which may have disappeared again by the time you try to click on the link below)…

• Moving targets: a fine fragment of historical context by Ted McCormick: ‘To move is to invite suspicion.’

• What does the Zapruder film really tell us?: you might think you know everything you need to about the 26-second sequence of JFK’s assassination, but Ron Rosenbaum’s interview with Errol Morris for The Smithsonian is terrific; see also this from a few years back:

But the inevitable cannot be deferred forever, so here are this week’s essential writings on Trump:

• How the Frankfurt School helps us to understand Donald Trump’s Twitter populism: pretty much what it says on the tin, by Christian Fuchs, first published in The Huffington Post.

• Against normalization – the lesson of the Munich Post: Ron Rosenbaum, Los Angeles Review of Books, 5 February 2017.

[with a few more to add on Monday…]