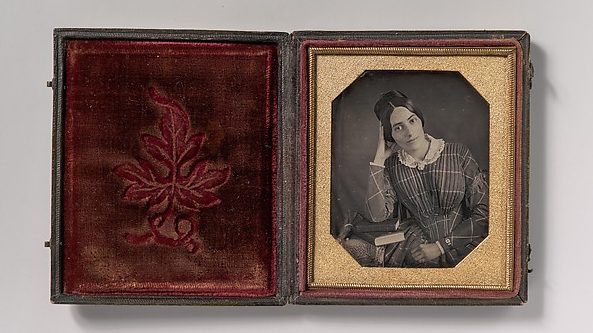 As usual (or given recent experience, on occasions), a list of links to articles and videos that have engaged me over the past week. Many thanks to those who alerted me to a number of them.

• Senses of Cinema 82: terrific new issue of the online journal, including a clutch of critical ‘love letters’ to films made in 1967.

• Game Theory – Paul W.S. Anderson and the filmic board game: at Mubi.com, Chris DeFalco is immensely interesting on the links between video game spaces and movies made by the director of, among others, Event Horizon, 1997 and The Three Musketeers, 2012.

• Your TV show doesn’t have to be a movie: in defense of the episode (again): Alan Sepinwall with a key argument about why television drama really is – and should be – different from films.

• Baltimore scholar Larry Schaaf leads effort to catalog photography pioneer: Tim Smith profiles Larry Schaaf for The Baltimore Sun, which is as good a reason as any to link to the wonderful William Henry Fox Talbot online catalogue raisonné hosted by the Bodeian.

• At the Pompidou: Alice Sprawls for London Review of Books on the great Cy Twombly show in Paris.

• The fate of the critic in the clickbait age: a spirited defence of sustained and committed cultural criticism from Alex Ross at The New Yorker.

• Museums – a special section: as the so-called President proposes eliminating the NEA and the NEH, The New York Times reports on the state of the museum sector in the States and elsewhere.

• How the internet is saving culture, not killing it: Farhad Manjoo for The New York Times on innovative ways in which users are starting to pay for content.

• Why is Silicon Valley so awful to women?: Liza Mundy for The Atlantic has some answers – and some suggestions.

• ‘London Bridge is down’ – the secret plan for the days after the Queen’s death: probably the most fascinating piece I read this week: a Guardian Longread by Sam Knight on what will happen when death takes away our Queen; plus there’s additional analysis by Sean Lang at The Conversation: ‘She was a figure made by World War II and her funeral will be the final laying to rest of wartime Britain.’

• The divide – France, Germany, and political NATO: maybe I’ve just not properly noticed it before, but the Oxford University Press blog seems particularly strong at present, including this analysis of European unity – and its fragility – by Sten Rynning.

• Resistant writings: reading the politics of the modernist fragment after 2016: Katharina Donn on the ‘Denkbilder’ or thought-images of early twentieth century theorists like Walter Benjamn and Ernst Bloch:

These short forms, therefore, turn writing into an act of subtle civil disobedience. For Ernst Bloch, writing these fragments is literally an act of punching back. Considering the prevalence of short forms in the digital media, they are precursors on the search for modes of thinking, reading, and writing that can disentangle our speech from the warped public discourse of these times and today.

• Books can take you to places that Donald Trump doesn’t want you to go: for The New York Times, Hisham Matar contributes a lovely essay on reading (hence the header image) and today’s politics:

… the most magical moments in reading occur not when I encounter something unknown but when I happen upon myself, when I read a sentence that perfectly describes something I have known or felt all along. I am reminded then that I am really no different from anyone else.

• The late Chuck Berry playing ‘Johnny B. Goode’ with Bruce Springsteen and the E Street Band at the 1995 Concert For The Rock and Roll Hall of Fame…

Header image: ‘[Young woman with elbow resting on small pile of books and head on hand]’, unknown artist (American), 1840s, daguerrotype; from the collection of The Metropolitan Museum, New York.