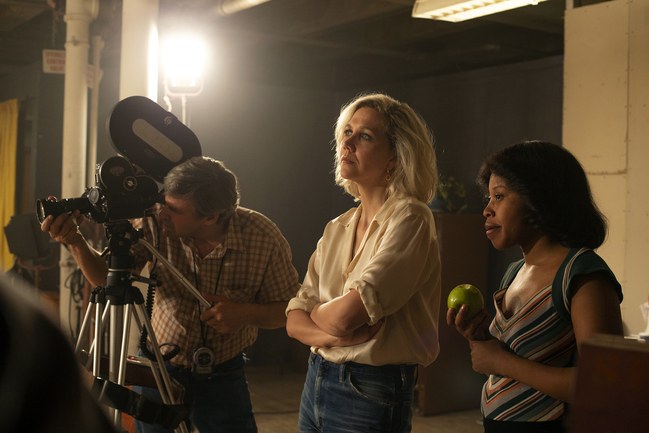 Today’s links to interesting stuff that has attracted my attention over the past week or so, with thanks to Twitter recommenders. You will doubtless be delighted to see that I have once again worked out how to embed videos.

• They Shall Not Grow Old: this is unquestionably remarkable…

• Colouring the Past:… but in all the discussion that there’s bound to be about it, take note of this by Luke McKernan, from January, and also his post Monochrome.

• Helena Smith Dayton – an early animation pioneer whose films you have never seen: an animationstudies 2.0 blog post by Jason Cody Douglass about the filmmaker who in 1917 ‘released a one-reel production of Romeo and Juliet starring a cast of characters crafted entirely out of clay.’ Sadly, no celluloid trace of it can be found.

• How Orson Welles’ The Other Side of the Wind was rescued from oblivion: a timeline and more by Alex Ross for The New Yorker.

• ‘We specialised in the freakish’ – the glory days of the Scala cinema: for the Guardian, Stephen Woolley looks back in a most engaging way.

• Pas de deux, the Cinema of Anne-Marie Miéville: an online booklet of essays (no downloading, but still very valuable) published on the occasion of the Anne-Marie Miéville retrospective in Brussels, 4 – 30 October.

• ‘It was like tending to a disgusting baby’ – life as a Harvey Weinstein employee: also from the Guardian, Amelia Gentleman and Holly Watt with three interviews that are astonishing, hideous and yet oddly unsurprising.

• Female success and male decline – what A Star Is Born tells us about fame, fear and feminism: Hadley Freeman – yes it’s another Guardian link – on absolutely terrific form:

the whole message of A Star Is Born is that anyone can be famous, if they just happen to meet a celebrity in a bar. The fantasy of the film depends on maintaining that illusion, but the longevity of A Star Is Born relies on us believing celebrities are special – stars.

See also Pamela Hutchinson’s very good essay A Star is Born again – for the #MeToo era  at Drugstore Culture, and of course this:

• Doubting Talbot: a fascinating post from the [Fox] Talbot Catalogue Raisonné project by Dr Mirjam Brusius and Dr Chitra Ramalingam about the Victorian photographer’s attempts ‘to actualize some of his early visions for photography’s future, [when he] was met with reluctance or even indifference.’

• Economic science fictions: on the Progress in Political Economy blog Will Davies introduces his recent collection that ‘seeks to interrogate the interface of economics and science fiction in new and surprising ways, that span the social sciences and humanities.’

• Imploding with cool: for New York Review of Books, Ian Jack on Iain Sinclair’s The Last London: True Fictions from an Unreal City.

• Where does God dwell? Form without faith in church arcitecture: Kristi W. Bain at LA Review of Books’ Marginalis reviews William Whyte’s Unlocking the Church, about the affective power of Victorian religious architecture.

• Gary Keith and Ron – the magi of Mets nation: whether or not you care about baseball and the Mets (although I do, about both), this is an absolutely lovely piece of journalism, by Devin Gordon for The New York Times Magazine.

… and pretty much just as a celebration of being able to post videos once again, here’s Bruce Springsteen & the East Street Band performing ‘Land of Hope and Dreams’ (from Live in New York City).