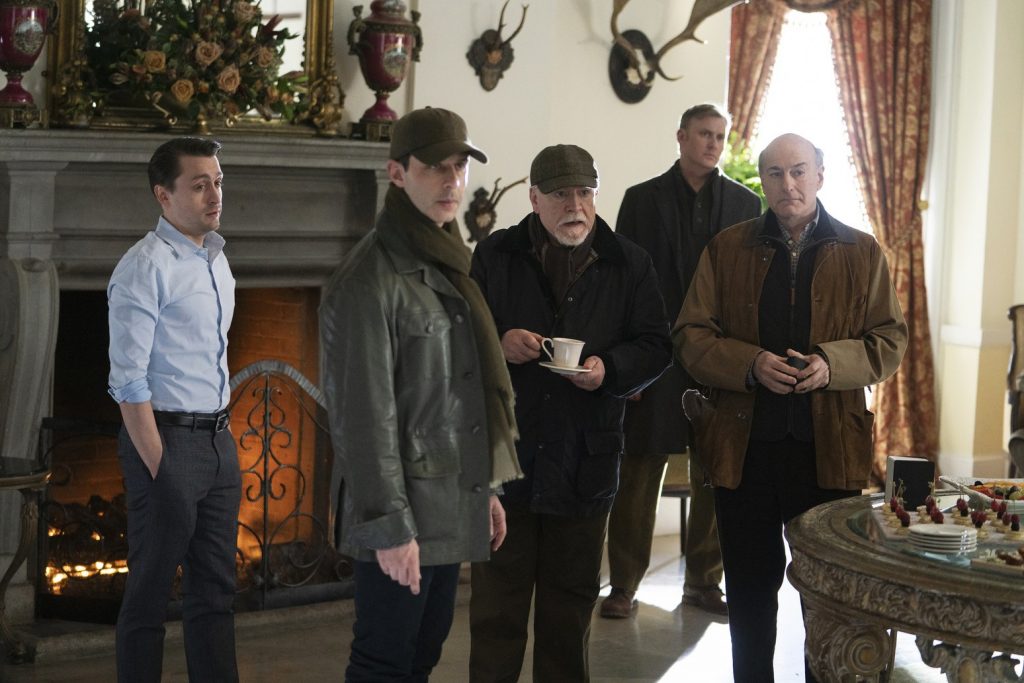 John Wyver writes: The summer is nearly over, the Ashes nearly lost (again), series 2 of the wonderful Succession (above, HBO/Sky Atlantic) is with us and there’s not much going on in politics. So it feels like a good moment to return to our neglected blog. Let’s also return to this weekly format for recommendations of stuff that you might find interesting to read or to watch — and then let’s see how we get on with additional posts over the coming weeks. Watch out for news of coming projects and activities.

• The 1619 Project: the essential online publishing project of the summer, from The New York Times – an interactive engagement in essays and images with slavery and its legacies. This

aims to reframe the country’s history, understanding 1619 as our true founding, and placing the consequences of slavery and the contributions of black Americans at the very center of the story we tell ourselves about who we are.

• Let’s talk about the clothes on Succession: New Yorker style writer Rachel Syme considers a pair of calfskin Lanvin sneakers and more in the compelling series.

• The Deuce jumps ahead to the ’80s and sees the future: And here’s a preview of the imminent series 3 Scott Tobias speaks for The New York Times to showrunners David Simon and George Pelecanos; and here’s the trailer…

• Queen Olivia Colman, an epic budget and a cast of thousands – a year behind the scenes on The Crown: a glorious feature by the Guardian’s Charlotte Higgins on the forthcoming series 3 of that glory of the Netflix offer.

• The era of binge-watching TV shows could be coming to an end: Victoria Turk for Wired is one of several writers making a variant of this argument: ‘As more new streaming services enter the marketplace, however, it looks as if “linear” or “appointment” viewing may be making something of a comeback.’

• The remarkable story of a woman who preserved over 30 years of TV history: Noor Al-Samaarai for Atlas Obscura on the late Marion Stokes’ collection of 71,000 tapes of off-air recordings of US television, now explored in the new documentary Recorder: The Marion Stokes Project (which plays in the forthcoming London Film Festival).

• The lost picture show – Hollywood archivists can’t outpace obsolescence: an important piece from back in April by Marty Perlmutter for IEEE Spectrum about the fundamental challenges of preserving film.

• When worlds collide: mixing the show-biz tale with true crime in Once Upon a Time… in Hollywood : I’m still reflecting on Tarantino’s latest, which I mostly found uninteresting, but Jeff Smith’s two post for Observations on Film Art are full of fascinating details; this is the first – and this is the second.

• Echoes & imprints: towards a Sebaldian cinema: a rich Adam Scovell essay (adapted from a talk) about film and the writer W.G. Sebald.

• What essays are, and what essays do: earlier this year Max Norman contributed one of Public Books‘ most popular posts of 2019, and so they recently re-upped it; it’s a consideration of Brian Dillon’s Essayism, and is well worth your time:

If the essay has a politics, it’s nothing so ideological as conservatism or radicalism, or any other ideology. In fact, it’s a kind of anti-ideology, couching politics in human terms: since I’m a black box and you’re a black box, how can we live together?

• The ham of fate: you may already have read this, but it’s a great essay by Fintan O’Toole for New York Review of Books about our current Prime Minister; publishged six weeks or so ago, it’s even more relevant now.

• The necessary talent: Julian Barnes for London Review of Books explores (brilliantly) the Berthe Morisot exhibition at the Musée d’Orsay in Paris (until 22 September), a show I would dearly love to see. This is Morisot’s 1894 ‘Young Woman ina Green Coat’…

• Black beauty: photography between art and fashion: for The New York Times, Antwaun Sargent offers a look at a number of young black photographers, by way of a preview of “The New Black Vanguard: Photography Between Art and Fashion,” to be published next month by Aperture.

• The true costs of research and publishing: for the THES, Kathryn M. Rudy outlines the huge expenses of doing scholarly work in art history…

• Tips for cheaper image permission costs: … while Hilary Davidson has thoughts on how to access free and cheaper images, together with a valuable associated list of resources.