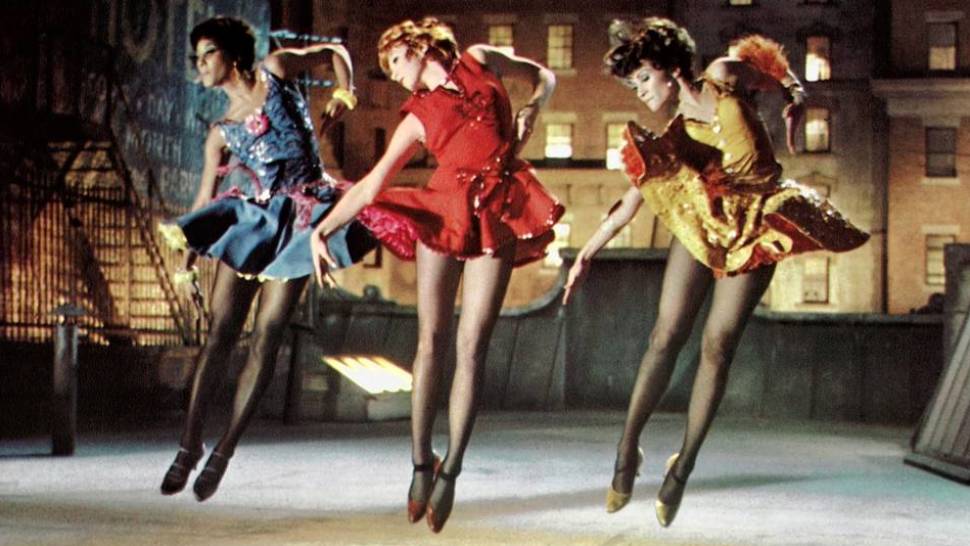 • Stephen Frears – master or auteur?: interesting note for Sight and Sound by Brad Stevens about the great filmmaker that, inter alia, fails to mention any of his television work.

• Inside Bob Fosse and Gwen Verdon’s unconventional marriage: this is a rich Vanity Fair story by Julie Miller from last April, but I went to it after seeing, and being overwhelmed by, a new 4K restoration of Fosse’s Sweet Charity (1969, above with Paula Kelly, Shirley MacLaine and Chita Rivera), which starred MacLaine in the role Verdon created on Broadway.

• Hustlers and the female gaze: I’m not a huge fan of the movie, but this is a rewarding reading by Alison Willmore for Vulture.

• With a $450 million expansion, MoMA is bigger. Is that better?: Michael Kimmelman on the ‘new’ MoMA, opening over the next few days (and which we’ll doubtless return to).

• Richard Serra will jolt you awake: also from The New Yorker, Peter Schjeldahl on the American sculptor, whose new work is on view at Gagosian, New York; developing a comparison with Bernini the critic writes:

… great sculpture is so difficult and, in each instance, so particular and even bizarre. Richard Serra… is our great sculptor, like it or not. I say relax and like it.

• There was a third book: Alex Ross has delivered Wagnerism.

• Time for a new liberation?: Timothy Garton Ash is excellent in this essay for New York Review of Books writing 30 years on from the momentous events in Central Europe…

• Simon Schama – who speaks for the people?: … and Schama, writing for the Financial Times, is essential on the current state of the world.