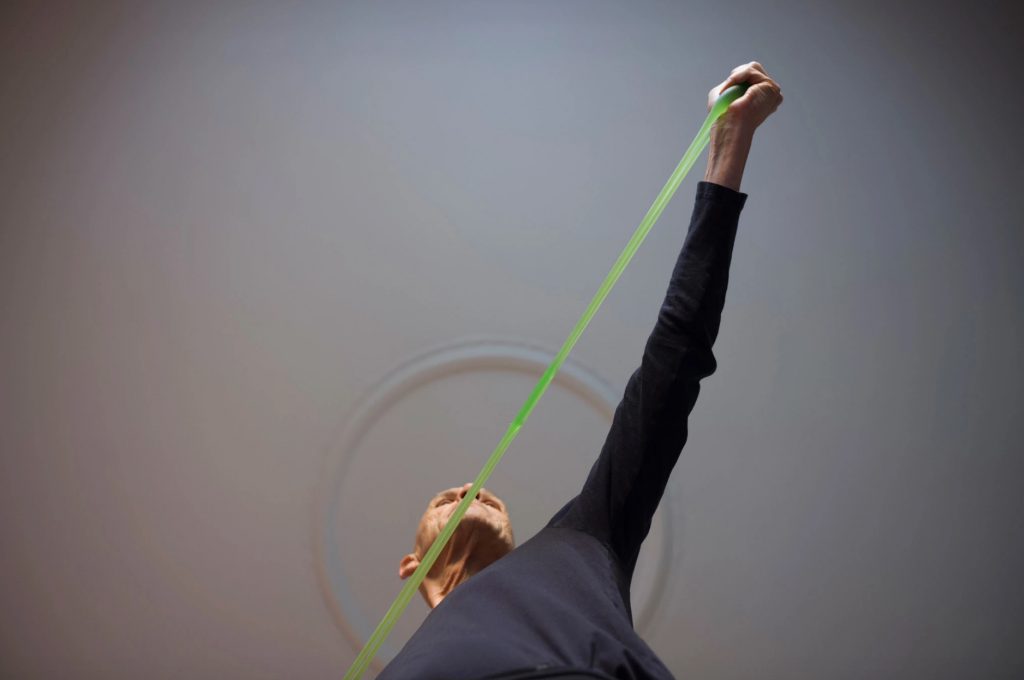 John Wyver writes: Welcome to my weekly list of links to articles and videos that have engaged me over the past week. Covid-19 is key, of course, but further down you’ll find pieces that have little or nothing to do with the virus. I’m aware that, as so often, there’s something of a bias towards writing from the States (and this week especially, The New York Times). In part, this reflects my belief that pieces from British publications will already be more familiar, but it is also a recognition that magazine culture in the USA is simply richer, deeper and more innovative than here…

• April 15: A Corona Virus chronicle: … a case in point being this remarkable dossier of text and images that took up almost all of the 4 May issue of The New Yorker: a historic account of ‘Twenty-four hours at the epicenter of the pandemic’.

Economics is a system for optimizing resources, and, if it were trying to calculate ways to optimize a sustainable civilization in balance with the biosphere, it could be a helpful tool. When it’s used to optimize profit, however, it encourages us to live within a system of destructive falsehoods. We need a new political economy by which to make our calculations. Now, acutely, we feel that need.

• Pointing the finger: Jacqueline Rose is fearsomely good on Albert Camus’s The Plague for LRB, ending like this:

On the last page, the narrator tells his readers that he wrote the story so as to leave behind a memory of the injustice and violence undergone, and in order to state ‘quite simply what we learn in a time of pestilence: that there are more things to admire in men than to despise’. There is still everything to play for. A thought for the aftermath, when there will be so much to be done.

• ‘Bolero Juilliard’ – Inside the making of a lockdown musical miracle: … and here’s the ‘making of’ story, by Tim Teeman at The Daily Beast: imagined by Juilliard President Damian Woetzel, choreographed and directed by Larry Keigwin, with 100 performers and more than 500 video clips.

• I think we’re alone now: for Film Comment, Devika Girish is great asking the question, ‘What do we really mean when we talk about watching films “together”?’ – at the end there’s a gorgeous quote from Roland Barthes’ essay ‘Leaving the movie theatre’.

• Coronavirus drone genres – spectacles of distance and melancholia: a really stimulating piece from Film Quarterly in the the form of an exploratory conversation between critics Patricia R. Zimmermann and Caren Kaplan; as the introduction suggests,

This drone footage is specific to the pandemic, but also, in other ways, not at all. Just as the virus emerges from and circulates via the material conditions of neoliberalism and globalization, there are powerful historical continuities that require substantial tracing, linking, and retracing to understand its emerging visual lexicon. The swift-changing progression of the coronavirus and the cascading public health and economic disasters it has unleashed will require new ways to think about critical work on screens and machines.

One of the links is to this, posted by The Boston Globe on 19 March;

• A Day at Denham: a rich blog post from Sarah Street about a 1939 promotional short for London Films’ state-of-the-art production facility, which can be viewed for free on BFIplayer; from the research project, Film Studios: Infrastructure, Culture, Innovation in Britain, France, Germany and Italy, 1930-60.

• Filming La Dolce Vita in black-and-white and widescreen: this was written about Fellini’s masterpiece back in 1960, but the good people at American Cinematographer raided their archive for it this week, and as a study of the work of cinematographer Otello Martelli it’s fascinating, with wonderful behind-the-scenes shots too.

• CFS Snipe Reel: thanks to Chicago Film Society for this assembly of ‘coming soon’ snippets (and who knew they were called snipes? for more on the genre see this 2012 post)

• Brains, bodies and movies – ways of thinking about the psychology of cinema: David Bordwell describes this detailed post as ‘wonkish’, which it is in the very best way if you’re at all interested in the poetics of cinema; you get Ernst Gombrich, Vittorio Gallese and Michele Guerra, Hou Hsiao-hsien and a whole lot more.

• The long goodbye: the May/June issue of Artforum has been made open access online, and one of the best pieces is J. Hoberman on a film I’m especially looking forward to seeing, Sergei Loznitsa’s State Funeral. This archive study of the impact of the death of Stalin in 1953 plays on Mubi.com from 24 May.

• Normal People evokes how intense first love can be: for Buzzfeed, one of my favourite writers, Anne Helen Petersen, on the youth drama de nos jours.

• How Normal People does sex so good: a terrific feature for Vulture by Rachel Handler about ‘Ita O’Brien, the show’s intimacy coordinator, who worked with [Daisy] Edgar-Jones, [Paul] Mescal, and directors Lenny Abrahamson and Hettie Macdonald to create a space where the actors could feel comfortable while having fake sex in front of a crew and, eventually, an audience of millions.’

• Zoom plays? Sure, fine. But this theater critic doesn’t need more stories, not now: there’s a lot to ponder in Charles McNulty’s column for the Los Angeles Times, including his positive response to Richard Nelson’s online drama from the Public Theatre, What Do We Need to Talk About? Conversations on Zoom (available here, I think just until today):

Joan Didion began “The White Album” with the line ‘We tell ourselves stories in order to live.’ The deeper truth might be that we tell ourselves stories because we must die. Nelson’s play, a hotline response to a national emergency, is a minor-key offering. But the experience reminded me that it’s not stories that I’ve grown weary of. It’s storytelling that avoids the fact of loss or manipulates and exploits it. Storytelling that pretends we have all the time in the world. Storytelling that has come to believe its own public relations.

• Where are the photos of the people dying of Covid?: in an opinion piece for The New York Times, Harvard art historian Sarah Elizabeth Lewis asks an important question and argues that ‘Images that emerge as an emblem of sacrifice or consequence have often moved masses to act. Yet without these pictures, the virus is harder to combat.’

• Eight photographers’ picture from isolation: also from The New York Times, a wonderful selection including the above by the great Joel Meyerowitz, March 23, 2020. (Credit…© Joel Meyerowitz, courtesy of Howard Greenberg Gallery).

• Mussolini and the Royal Academy – a 90-year-old controversy: I enjoyed this short piece by Katherine Jane Alexander about the politics of the 1930 ‘Exhibition of Italian Art’.

• Realists of the Soviet fantasy: a revelatory New York Review of Books essay by Sophie Pinkham about the exhibition ‘Deineka/Samokhvalov’ at the Manege Central Exhibition Hall, St. Petersburg (which closed 19 January, but there’s a 3D virtual tour here), ‘imagined as a soccer match between two major Soviet painters from rival cities: [Aleksandr] Deineka (see above for his Textile Workers, 1927), who lived in Moscow, and his Leningrad contemporary Aleksandr Samokhvalov, who is far less famous but more than held his own.’ See also Roslyn Sulcas, ‘Not Just Propaganda: A New View of Soviet Artists’, The New York Times, 25 December 2019.

• We need to talk about batteries not ‘Blitz spirit’: Henry Irving of Leeds Beckett University at The Social History Society is very good on the parallels with today of the scandal early on in World War Two of a shortage of high tension batteries for radio sets.

• A cavalier Tory leader and a botched pandemic response? It must be 1957: Andy Beckett for the Guardian on the all-but-forgotten flu epidemic that may have killed 30,000 Britons.

• Why every government department needs a resident historian: Anthony Seldon for Prospect, and see also this Twitter thread from Robert Saunders:

• The hidden feats that built New York’s towering skyscrapers: another really great virtual tour of the architecture of Manhattan by Michael Kimmelman for The New York Times, this time with engineer and Princeton professor Guy Nordenson; wonderful images too.

• The opposite of nostalgia: as excepted by Bookforum, the introduction to Endland by Tim Etchells, who founded Forced Entertainment, has Jarvis Cocker speaking from the hard shoulder of the M1 – irresistible, right?

• Data visualization and artificial intelligence: if you want a challenging yet rewarding rabbit hole to disappear into, try this extraordinarily rich syllabus with a cornucopia of links generously shared by Lev Manovich for a series of classes he recently gave at School of Advanced Studies, University of Tyumen in Russia.

• Virtual May Morning: there have been a number of May 1 dawns when I’ve been on Magdalen Bridge in Oxford for this, but not this year…