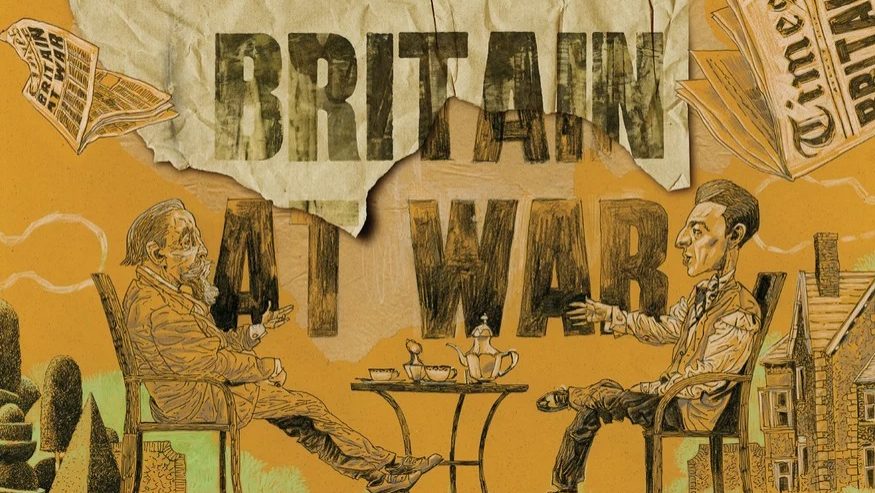 Links from the past week for this holiday weekend.

• Black Dog: this is terrific – frames (one of which is above) from comic book artist and filmmaker Dave McKean’s graphic-novel biography of painter Paul Nash, created as part of the first world war centenary art project 14-18 Now; courtesy of the Guardian.

• The high times and hard fall of Carl Laemmle Jr.: a Hollywood tragedy, beautifully told by Farran Smith Nehme for Film Comment, linked to this great-looking MoMA season; Laemmle was undone by the spiralling budget on the 1936 Show Boat from which this comes – Helen Morgan (Julie) with ‘Can’t Help Lovin’ Dat Man’… beautiful and bizarre (see Irene Dunne shimmy!), and with the racial stereotypes from the time.

• How Bresson creates profound emotion from small moments: marking 50 years since the release of Au hasard Balthazar, Leigh Singer for the BFI spins a glorious visual essay about the great director’s work.

• The screenplayer: Sam Wasson for The Criterion Collection on Robert Altman’s Hollywood satire.

• Bob at 75 – Dylan in the movies: a significant birthday this past week, celebrated for the BFI by Craig Williams…

• … and this is from Pat Garrett and Billy the Kid – with Dylan’s ‘Knocking on Heaven’s Door’ (features gunfight):

• Answers to questions I’ve been asked: something of an oddity, but really interesting nonetheless – a Dropbox link to an account by Mickey Fisher of how he came to write and then sell to Hollywood the script for the TV show Extant.

Might media illiteracy, in general – and a broad misunderstanding of the nature of nonfiction performance, specifically – be partly to blame for Trump’s ascension? If we as a culture could read images better, might we be less susceptible to the song and dance of a reality TV-trained life-actor like The Donald?

• Moholy-Nagy: Future Present, vision and precision in a fluid braid: Roberta Smith for The New York Times on a Guggenheim show that I so want to see.

• Bookforum talks with Gary Indiana: Sarah Nicole Prickett interviews the critic and novelist in an oblique and oddball conversation.

• Nigels against the world: one of the best pieces I’ve read on Brexit and its discontents, by Ferdinand Mount for London Review of Books.

• The enduring whiteness of the American media: a ‘long read’ for the Guardian by Howard W French:

The importance of diversity in the media – as in other sectors of society – is not about scoring points in some imaginary scale of civic virtue. It has nothing to do with the granting of favours – or even concessions – by a white majority. It is akin to restoring vision to a creature with impaired sight, making it whole and allowing it to function at the full limits of its perceptive and analytical capacity. The majority cannot understand this – cannot realise that it is partly blind – because its own provincialism has persisted uninterrupted for so long.

• Peter Thiel just gave other billionaires a dangerous blueprint for perverting philanthropy: Felix Salmon on the implications of the Hulk Hogan-Gawker case.

• Speed intoxication: for LA Review of Books, Jeffrey L. Kosky muses on Mark C. Taylor’s book Speed Limits: Where Time Went and Why We Have So Little Left – which I would definitely read if I had the time.

The Battle of Jutland Animation from NIck on Vimeo.