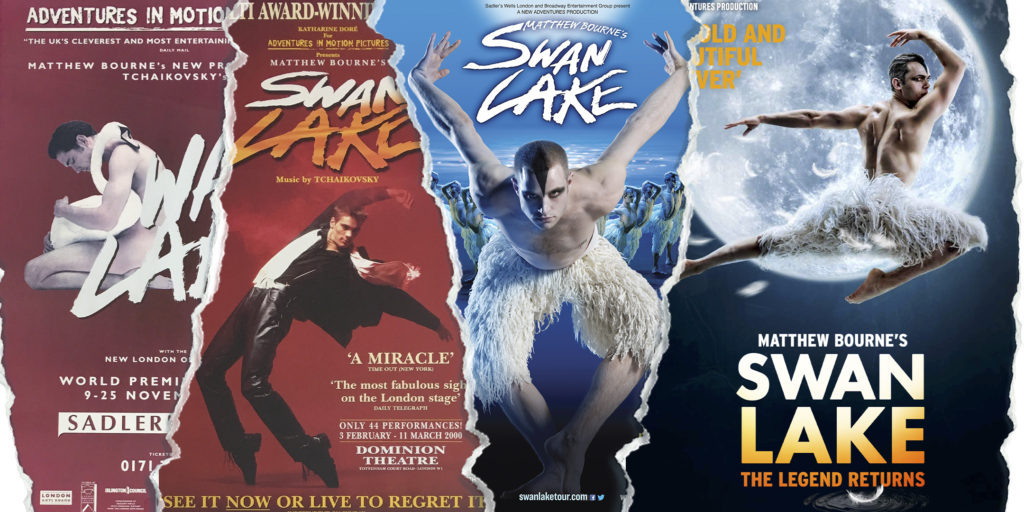 It’s twenty-five years 25th since Matthew Bourne’s Swan Lake first appeared on stage at Sadler’s Wells on 9th November 1995, starring Adam Cooper as the Swan/Stranger and the late Scott Ambler as The Prince.

In celebration of this anniversary, head over to New Adventures and sign up for their newsletter for a very special Swan Lake DVD, Blu-ray, and digital deal on offer for Monday 16th November.

Swan Lake show challenged convention, and audiences and critics gasped in dismay and admiration. With its all-male troupe of swans and iconic staging, Matthew Bourne’s show became an instant phenomenon.

Illuminations is proud to have filmed the most recent stage production in 2019 in collaboration with New Adventures, Sky Arts, and More2Screen, and we released the film on DVD, Blu-ray, and for download and streaming in spring 2020.

A special new extras film on the DVD and Blu-ray features interviews with past and recent cast and creatives intercut with previously unseen rehearsal and archive footage.

Click the links here to order your copies of the DVD, Blu-ray, or for streaming and download.