You cannot hold back spring 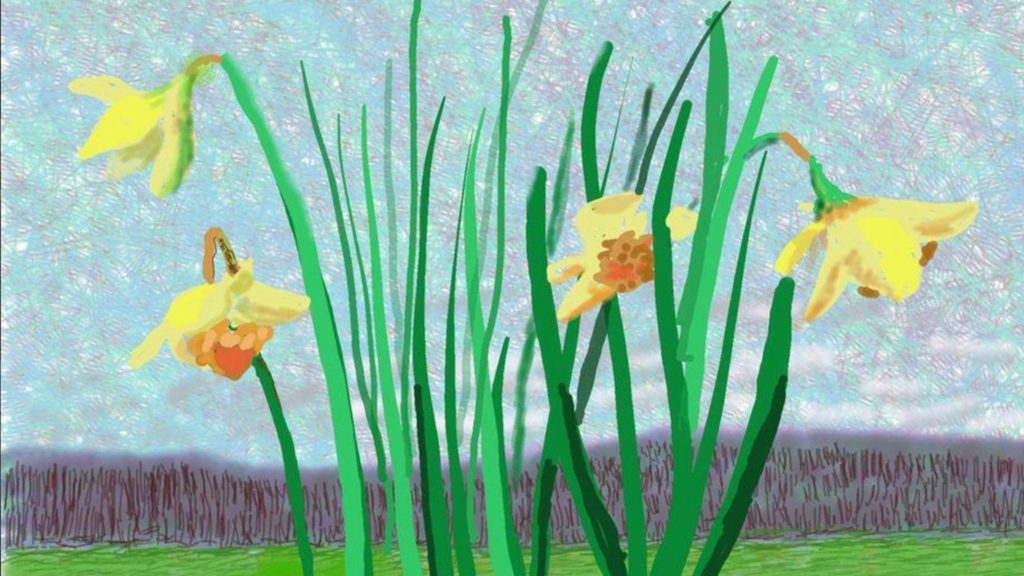 As we slowly exit our third lockdown and see the rapid roll-out of vaccinations, we can – whisper it – start thinking about returning to a non-Zoom-oriented reality. The Royal Academy and Tate Britain are feeling that optimism with both galleries announcing exhibitions involving artists we have films about, David Hockney, Francis Bacon, and William Hogarth.

The Royal Academy will host an exhibition of David Hockney’s artwork created on his iPad over lockdown. Appropriately called, David Hockney: The Arrival of Spring, Normandy, 2020, it is centred around 116 new and optimistic works in praise of the natural world. The show opens on May 23 and closes on 26 September 2021. Our three films about Hockney are part of the Art Lives series exploring the artist’s life and work.

Tate Britain hosts Hogarth and Europe from 3 November this year. The exhibition places Hogarth in the wider context of Europe and examines how he addressed the new modernity of the 18th Century. It closes on 20 March 2022. Our 51-minute Art Lives film about William Hogarth, narrated by Andrew Graham Dixon, reveals how he was one of the most original British portraitists best known for his satirical etchings.

Finally, The Royal Academy opens with a major exhibition at the start of 2022, Francis Bacon: Man and Beast, which explores Bacon’s fascination with animals and how they both shaped his approach to the human body and distorted it; how, caught at the most extreme moments of existence, his figures are barely recognisable as either human or beast. The show runs from 20 January – 17 April 2022.

We have two films in our collection: The Art of Francis Bacon, which documents his ideas, his influences, and his work, is complemented by recordings of his own words by Derek Jacobi. Narrated by Melvyn Bragg, Frances Bacon, also in our Art Lives series, examines the ways in which Bacon revolutionised figurative painting in the 20th Century.

In the meantime, whilst we wait to get back to our beloved art galleries, Illuminations has released a range of its exhibitions and collections documentaries for digital download.