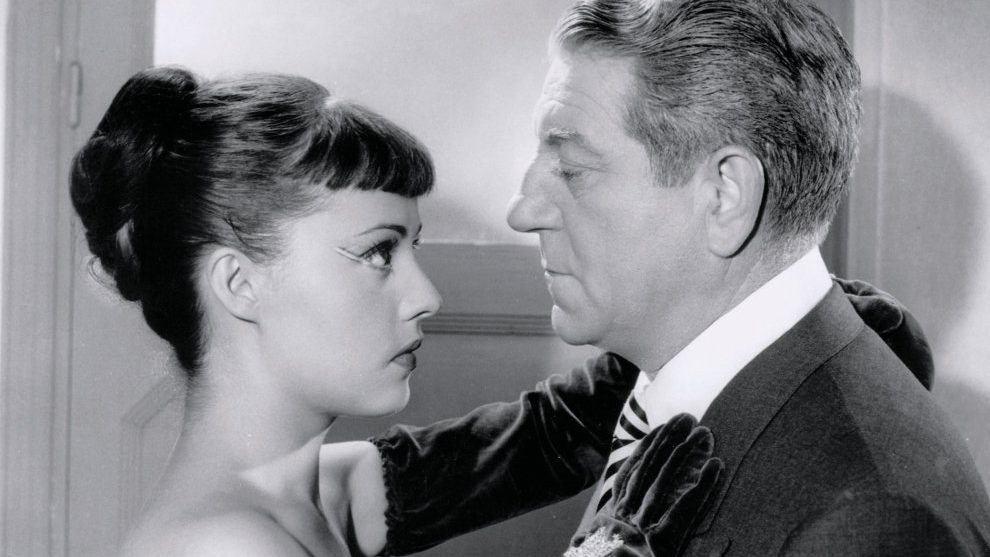 In this week’s Sunday links I highlighted a recent audiovisual essay by Cristina Álvarez López and Adrian Martin about the cinema of Roman Polanski. Today, I want to give slightly more attention to their latest creation, the 12-minute ‘A tour through French noir’, commissioned by Sight & Sound. This is a gloriously evocative, allusive and elegant engagement with the Gallic tradition of cinematic fatalism, desperate passion and doomed love that distinguishes many of the best French films from the 1930s to the 1960s. The video essay is linked to the season French noir at BFI Southbank and Ciné Lumière, and can very profitably be watched alongside Ginette Vincendeau’s complementary Deep Focus essay for Sight & Sound, ‘How the French birthed film nor’. For more on Cristina Álvarez López and Adrian Martin’s practice, see below.

Like many examples of the newly established form of audiovisual essay, ‘A tour through French noir’ cuts together extracts in an allusive mesh that also features captions, occasional split-screens and a sweeping, affective use of film scores. Credits, which include composers, appear only at the end, so the viewer identifies some scenes, perhaps half-remembers others and is introduced to yet more. Structure comes from six titles and associated epigraphs. It’s far from always clear which fragments come from which film, which is part of the pleasure, and in any case it’s the web of links, echoes, associations and resonances that matters most. As Cristina Álvarez López and Adrian Martin write of ‘A tour through French noir’,

What counts is to soak in the atmosphere, to bask in the radiant faces, and to note the recurrent tropes, moods and themes. That’s what any film genre is, after all: a pool of shared details that can be combined and varied in multiple ways, according to the wit and inventiveness of those filmmakers drawn to the task.

• The one and the many – making sense of montage in the audiovisual essay: a 2014 essay by the creators, published on the website The Audiovisual Essay: Practice and Theory of Videographic Film and Moving Image Studies, edited by the estimable Catherine Grant at the University of Sussex; more details about the site and related publications here.

• The Audiovisual Essay: an audio recording of a recent discussion with Cristina Álvarez López, Adrian Martin and Catherine Grant which was part of the second Essay Film Festival at BIMI, Birkbeck, University of London.

• Cristina Álvarez López: an excellent resource listing and linking to her writings across the past decade.

• Cristina Álvarez López and Adrian Martin on Vimeo: with earlier examples of the pair’s practice.

• Death drive: The Girl on a Motorcycle: the first of a promised monthly series for De Filmkrant:

This first instalment focuses on The Girl on a Motorcycle (Jack Cardiff, 1969), a film which is built upon two different kinds of movement: an expansive movement through space signaled by acceleration and speed; and an immersive movement toward memories signaled by ecstatic freezes and zooms.

• A key to After Hours: on Martin Scorsese’s movie.

• Haunted memory: the cinema of Victor Erice – an introduction is here.

• Primal Analysis: an essay by Cristina Álvarez López on the film by Phil Joanou, 1992; an accompanying text is here.