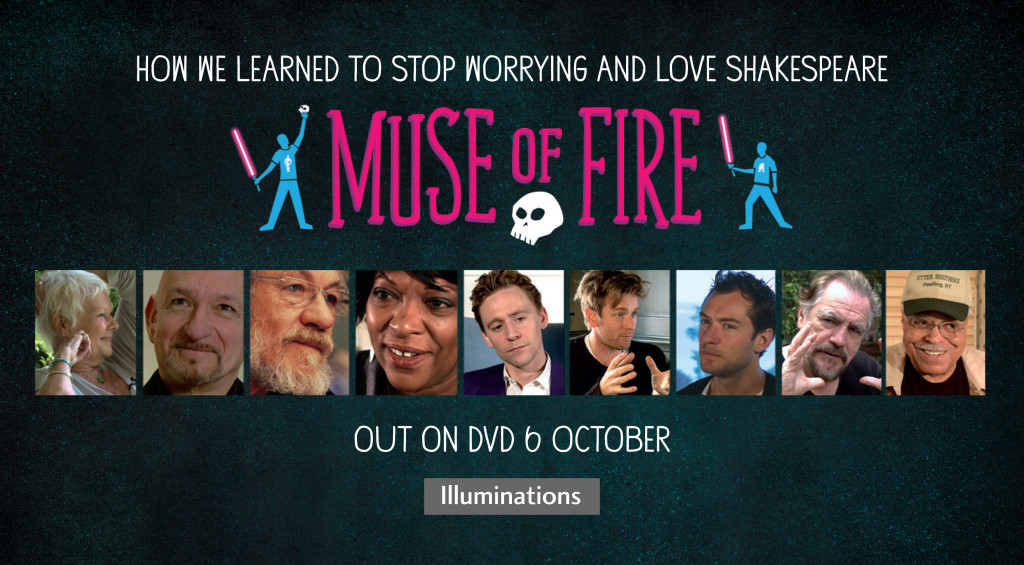 MUSE OF FIRE is an epic road-trip buddy movie made by actors Dan Poole and Giles Terera that will change the way you feel about Shakespeare forever. Dan and Giles are two friends who loathed Shakespeare at school. Then one day, they saw Baz Luhrman’s Romeo and Juliet, starring Leonardo Di Caprio, and suddenly everything changed. They decided to become actors and in the process, fell in love with the Bard.

Determined to know what the secret is and whether others feel the same way – or not – they grabbed their cameras and began an incredible four-year journey covering 25,000 miles around the world: to Hamlet’s Elsinore in Denmark, London’s Globe theatre, a prison in Berlin, taking in Hollywood as they go. Along the road they consult a host of helpful luminaries, including Ian McKellen, Judi Dench, Jude Law, Baz Luhrmann, Derek Jacobi, and Ewan McGregor amongst others, to help to prove that there’s really no need to be afraid of Shakespeare at all.

MUSE OF FIRE is a heartfelt, fun and inspiring film that attempts to demystify Shakespeare’s work for just about anyone. Aiming to dispel the fear and stop us worrying, Dan and Giles simply want us to start loving Shakespeare!

COMPETITION Illuminations is offering someone the chance to win a signed DVD of MUSE OF FIRE through our competition prize draw. Simply email us (louise@illuminationsmedia.co.uk) the answer to the following question and a winner will be drawn at random. Please also supply your name, email and telephone details. Competition closes at 6pm on October 20th.

From which Shakespeare play would you find the following quotation:

‘O for a Muse of Fire, that would ascend
The Brightest heaven of invention,
A kingdom for a stage, princes to act
And monarchs to behold the swelling scene!’

More information can be found at www.museoffirefilm.co.uk