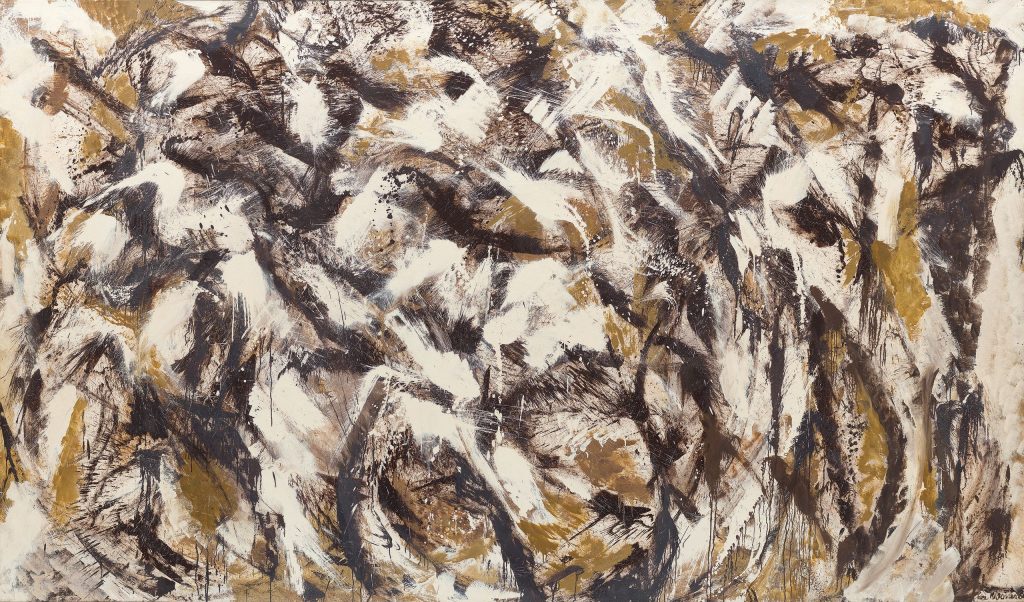 Landscape now: the online journal British Art Studies from the Paul Mellon Centre goes from strength to strength, with issue 10 in the autumn devoted to the topic of Landscape. All of the contributions are well worth exploring, with this wide-ranging threaded conversation, co-ordinated by Alexandra Harris, being especially worthwhile…

The Anthroposcenic – landscape in the Anthroposcene: … while this is a peerless paper, from the same issue of British Art Studies, by the influential geographer David Matless – original, provocative, urgent.

A giant and long-contested Civil War painting returns to its former glory: Charles Bethea for The New Yorker on the complexities of the recently restored panorama ‘The Battle of Atlanta’, unveiled in 1886 and now newly installed at the Atlanta History Center.

How the Africa Museum is facing up to Belgium’s colonial past: Emilie Bickerton for Apollo on the complexities of the renovation and re-opening of Brussels’ Africa Museum, which was formerly the Royal Museum for Central Africa.

A master of mute forms: for The New York Review of Books Jed Perl reviews Roswitha Mair’s Sophie Taeuber-Arp and the Avant-Garde: A Biography

Taeuber-Arp’s art and life are impossible to reconcile with our celebrity-obsessed age. She expressed herself through a language of pure form that she knew from the beginning wasn’t going to earn her instant or easy popularity. She was aware that the fight for acceptance was difficult if not perilous. Then she watched the Nazi rise to power and the extinction, all across Europe, of so many of the schools, galleries, museums, and publications that had only begun to celebrate the avant-garde innovations to which she dedicated her life. And yet among those who are passionate about pure abstract art, her importance has rarely been in doubt.

It’s all about the art: Tim McKeough for The New York Times on real estate developers building apartments for their owners’ art collections – there’s something both magnificent and profoundly disturbing about the ideas, the images, and this quote:

“The trajectory of wealth is very basic,” said Leonard Steinberg, a New York broker with the creative job title of chief evangelist at the real estate company Compass. “It starts with going out to expensive restaurants and ordering fancy wine and impressing your guests,” he said, before moving on to luxury cars, homes and investments. “Then what do you do to get status? You buy art.”

The ultimate video art retreat: another frankly astonishing feature, also for The New York Times, with Arthur Lubow writing about the private gallery built by Herzog & de Meuron for the collection of artists video assembled over the past two decades by Richard and Pamela Kramlich.

A former Guggenheim director thinks museums need to be more like theme parks: yet one more mind-boggling piece, by Christopher Marcisz for Hyperallergic, on Thomas Krens’ plans to make North Adams in Massachusetts the ‘number one cultural destination in the country’. At the heart of his vision is this:

The centerpiece of the project is the Extreme Model Railroad and Contemporary Architecture Museum (EMRCA), a roughly 90,000-square foot museum with 9.5 miles of model train track running through a scale-model cityscape.

Inside the world’s first digital art museum: a report from British Council Arts on the opening in Tokyo of teamLab’s Borderless collection featuring some 50 of the Japanese art collective’s works.

Combining AI and human judgment to build knowledge about art on a global scale: a really interesting report by Wikipedia strategist Andrew Lih on combining AI-generated recommendations and human judgement to develop metadata about images in the collection of The Met Museum in New York.

Towards an apotropaic avant-garde: I won’t pretend this is an easily assimilable article by Daniel Spaulding for Meta-Mute, but if you focus it it’s a fascinating study of the writing on the visual arts by the major critic T.J. Clark.