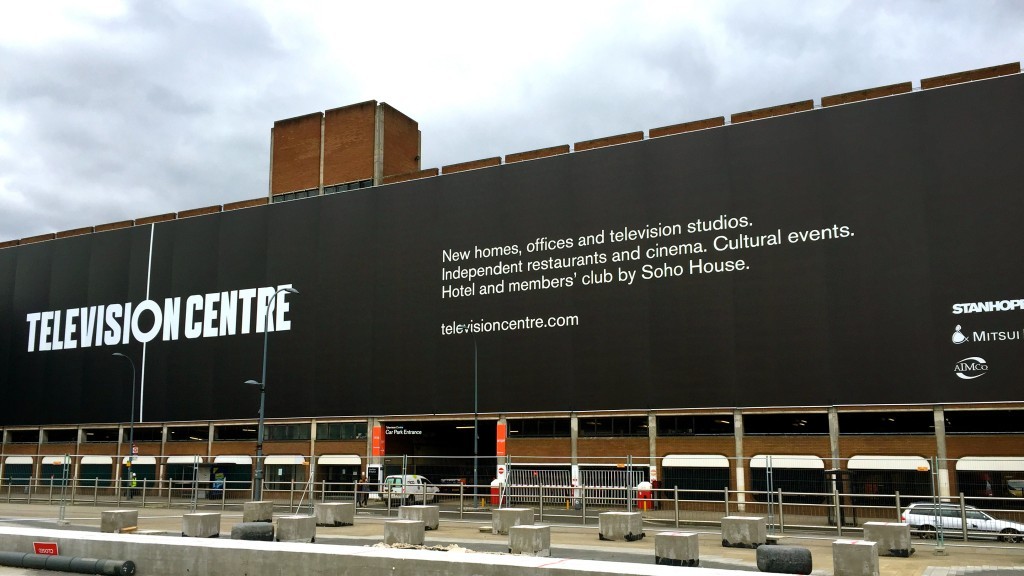 Perhaps you’ve noticed that this blog has been sadly neglected over past months. I have kept meaning to return to it but I have been doing so much other writing across the summer that somehow there has never quite been the time. Or perhaps that’s simply a way of explaining to myself why I fell out of love – temporarily, I think ( I hope) – with posting. But as the television world, after the excesses of Edinburgh and before that Tuscany, comes to end of the first week that I have always seen as the start of a new year, I am minded to begin again. Or at least to try to. In part this is because there is a host of interesting projects underway in which both I and the company are involved, including a new iteration of this website. In part I have been encouraged by one or two kind people who have asked recently why I don’t post any longer. And in part I am a proud parent of two offspring bloggers, Kate Wyver (on theatre) and Nick Wyver (on international development issues), and perhaps I feel the need to remain competitive.

One of the reasons I stopped, I think, is that there are so many smart people writing so much that’s smart about television, about digital media, about Shakespeare and about much more, and perhaps I lost confidence that I could offer anything that was different or distinct. But maybe it’s enough simply to point to things that are interesting (as I do on Twitter), and maybe add an occasional footnote. So let’s begin again with a stimulating piece from npr’s monkey see blog titled ‘Some Writing about Writing about TV’.

This article by Linda Holmes is one of a number on the npr blog prompted by the annual US Television Critics Association press tour to California. (There are links to related posts below.) The tour is a beanfeast during which the networks and new content creators like Netflix and Amazon unveil forthcoming shows and parade creators to win over those who write about the medium. Linda Holmes reflects on the changes in criticism prompted by the increased complexity of scripted shows and by new release patterns of episodes, including the ‘full drop’ pattern of online services when a complete series is made available at the same moment (her detailed post on that is here). Combined with the lifting of constraints on space offered by online, the result has been an explosion of writing, often in the form of re-caps of individual episodes, and frequently with a granularity of attention (to fashion, for example, or glimpses of books) that would have been unimaginable a decade ago. But this in itself throws up new problems, of which a key one – common across so many cultural fields now – is that of securing attention.

But just as the increasingly often-heard complaint that now “there’s just too much good television”, the concern about there being too much good writing on television is a problem that we’re lucky to have. As Linda Holmes concludes,

It’s a busy time, and it’s an active time, but it’s also an unsettled time. The sheer speed and volume of writing about TV is impressive, expansive and unnerving, at least for me. Which, again, is also a pretty good description of TV itself.

Except that on this side of the pond the exponential increase in writing about television simply hasn’t occurred – or if it has I haven’t yet noticed it. The Guardian does week-by-week live blogs for the likes of The Great British Bake-off and Strictly… but where is the really considered episode-by-episode engagement from a multitude of viewpoints with, say, BBC Two’s Wolf Hall or Channel 4’s recent Robots. If it’s out there and I’m simply missing it, would you let me know?

Along with‘Some Writing about Writing about TV’ the npr series also features another of Linda Holmes’ posts, ‘The Future in Questions’. Click the link to read her thoughts on…

Other posts well worth your time from the series, which collectively throw up a lot of the key questions facing television in this end of days, include:

Netflix is a Video Store that Saved a Western

A Whole Lotta Guys in Ties

Hammering on the Door of Diversity

Are We Done Hating Television?

How TV Is Embracing And Nervously Sweating On YouTube